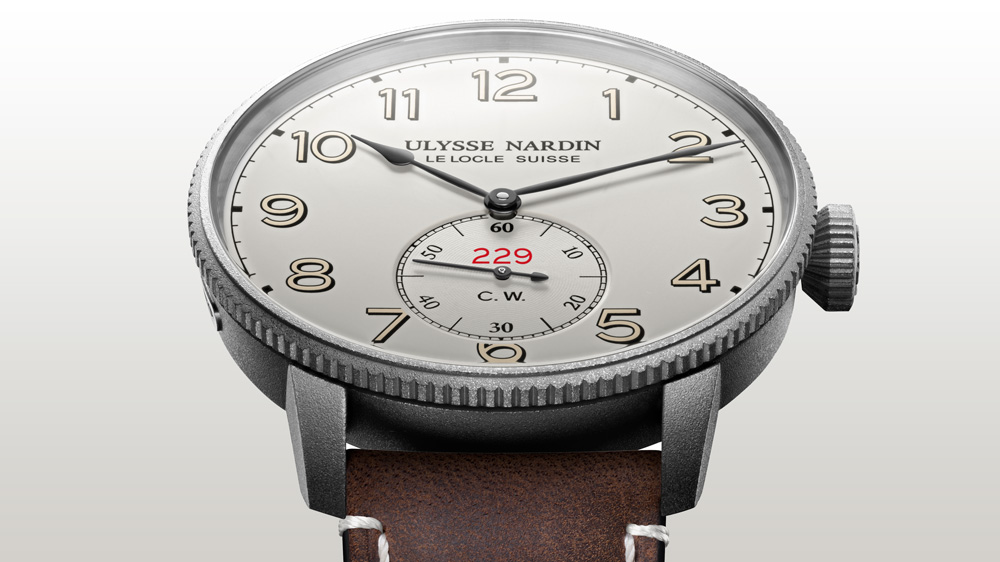 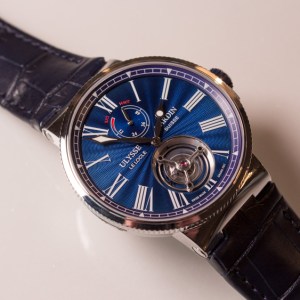 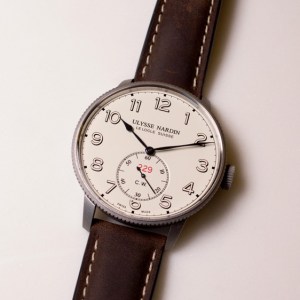 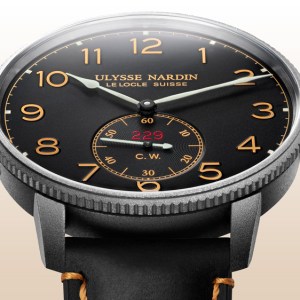 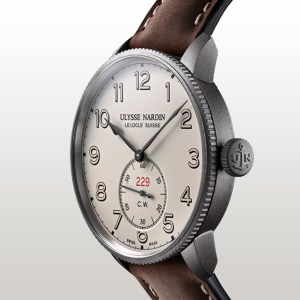 Earlier this week, Geneva saw the unveiling of a small cluster of new releases from Ulysse Nardin—one of a growing number of brands that have been scattering their annual releases throughout the year. Presented by Ulysse Nardin’s newly appointed CEO Patrick Pruniaux, the collection included new additions to the Marine Torpilleur line we first introduced back in June as well as a new variant of the Marine Tourbillon with a beautiful blue grand feu enamel dial, priced at a very modest $28,000. 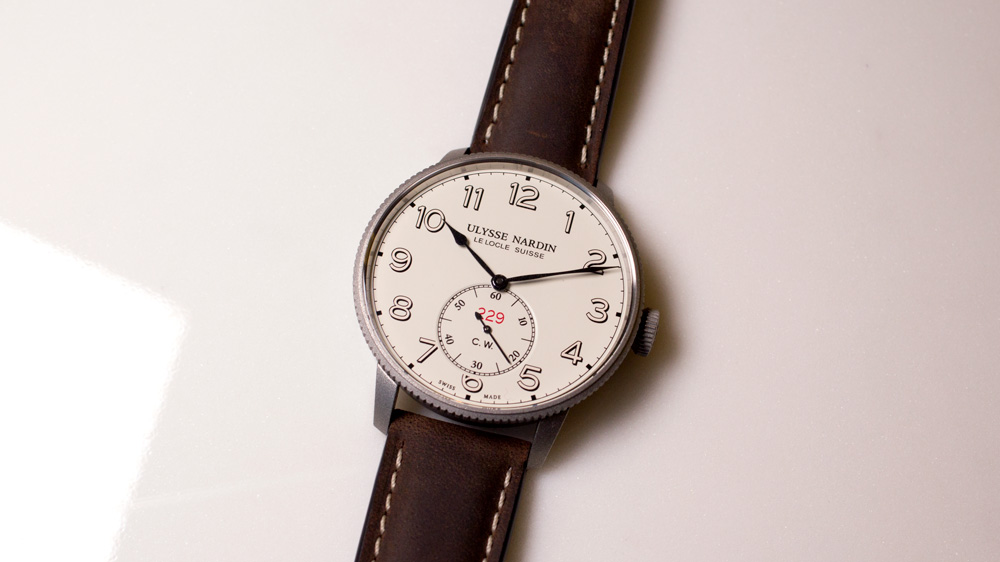 First, a pair of very war-era-inspired Marine Torpilleur Military models ($7,900) were met with significant praise, boasting in-house-manufactured UN-118 self-winding and chronometer-certified movements and larger 44-mm sandblasted cases, offered in both black and cream dial configurations in a production run of 300 per variant. Though military aesthetics aren’t particularly common in Ulysse Nardin’s design codes, the brand did have a strong partnership with the U.S. Navy that lasted roughly 30 years, making these pieces a better nod to the brand’s heritage than many would assume at first glance. 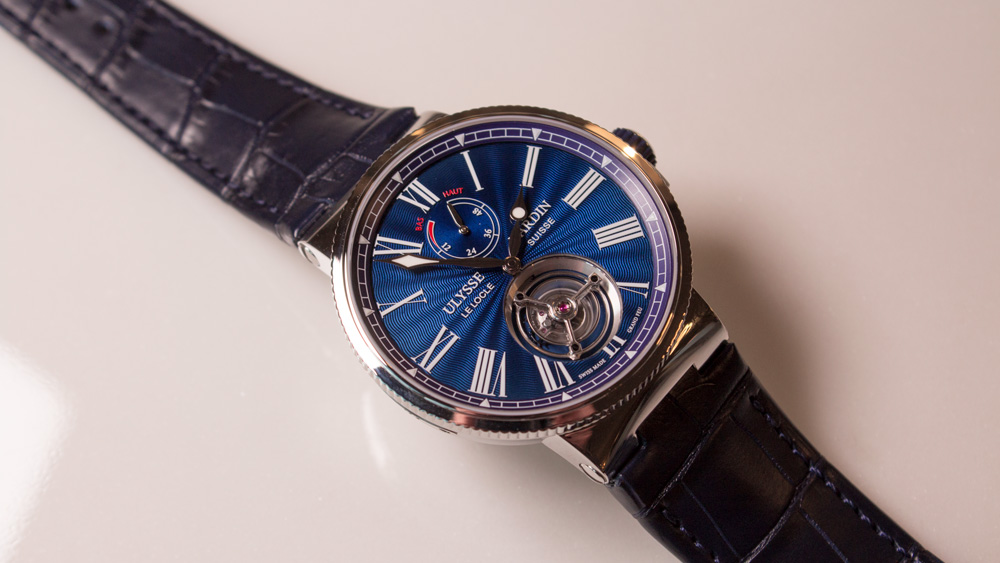 The second—and most eye-catching—offering to appear ahead of SIHH is the aforementioned (and surprisingly affordable) Marine Tourbillon. The earliest variant of this piece first saw the light of day in January at SIHH 2017, though this latest rendition makes further use of the strengths of the brand’s own enamel dial manufacture, Donzé Cadrans. Ulysse Nardin had already created a version of this dial with subtle yellow accents for the Only Watch auction taking place on November 11. However, this production version forgoes this touch of yellow, all while maintaining its elegant guilloché and vibrant translucent blue enameling.