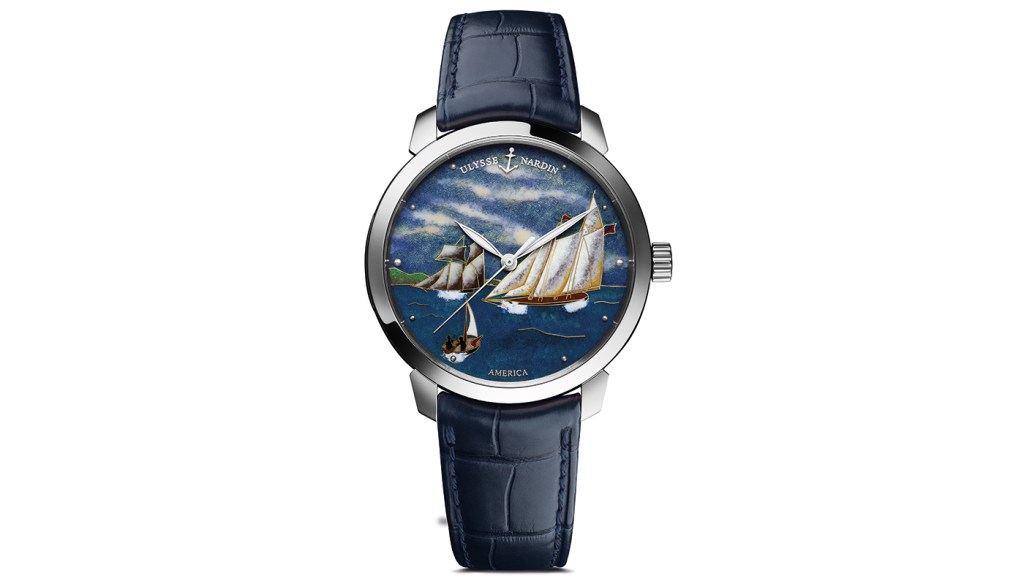 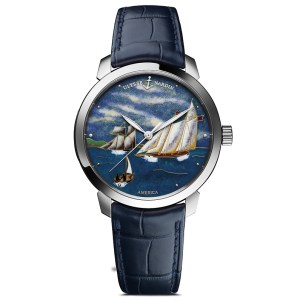 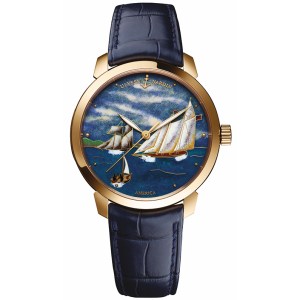 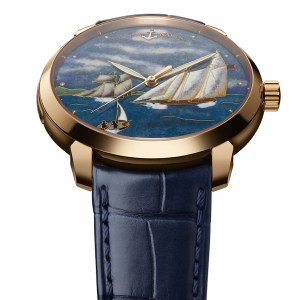 The Ulysse Nardin Classico Schooner America timepiece honors a 19th-century yacht eponymous with sailing’s most prestigious regatta, the America’s Cup. It is also an homage to the Swiss watchmaker’s maritime legacy—one that continues through the collaboration with Sweden’s Artemis Racing team in its bid to win the competition’s 35th running in 2017.

Set within a case of either 18-karat white or rose gold, the dial depicts the gaff schooner America sailing to glory for the New York Yacht Club in 1851. After the inaugural competition, both the trophy (awarded by the United Kingdom’s Royal Yacht Squadron) and the race itself were subsequently renamed after the victorious vessel. In the background can be seen England’s Isle of Wight—the circumnavigation of which composed the original course. The nautical scene is presented in enamel cloisonné (rendered by the manufacturer’s own artisans at Donzé Cadrans) and is the result of 26 specific processes along with 50 hours of craftsmanship.

Only 30 examples of the automatic watch (with 42-hour power reserve) will be made, each priced at $39,800. As for Artemis Racing, it competes next in Toulon, France, on September 9 through 11 as part of the Louis Vuitton America’s Cup World Series, a qualifier for next year’s main challenge. (ulysse-nardin.com)