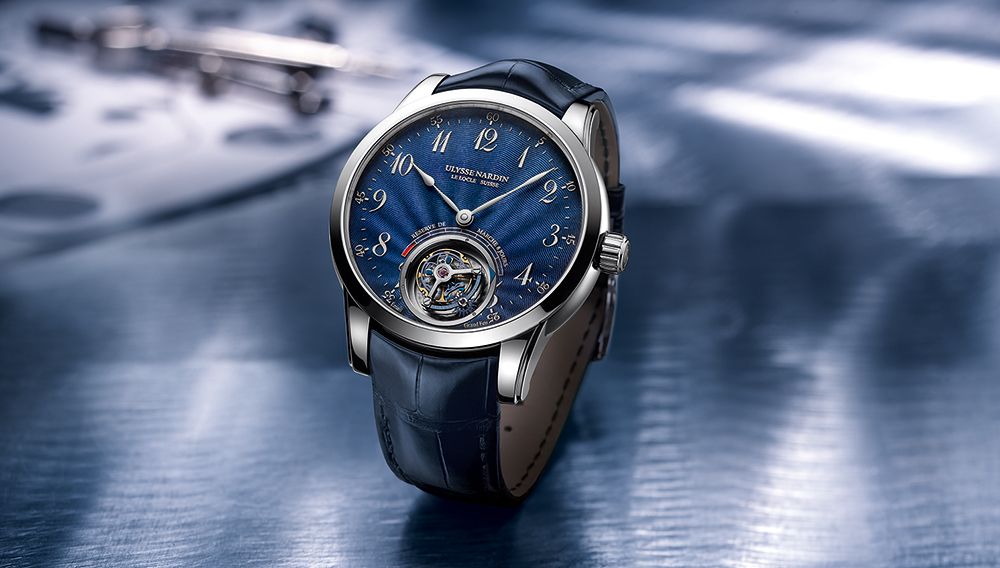 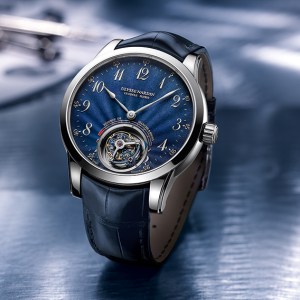 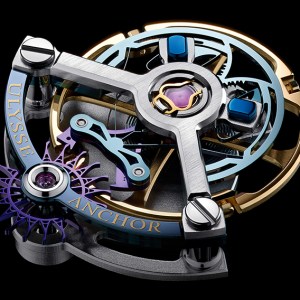 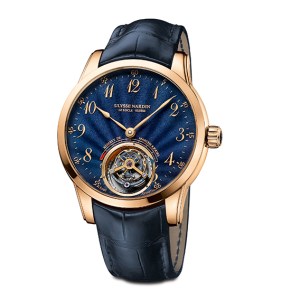 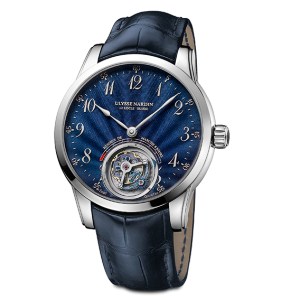 Another example of horology’s current bias for blue, Swiss watchmaker Ulysse Nardin has dropped a new timepiece into its Ulysse Anchor Tourbillon collection, this one fronting an azure finish to fit the manufacture’s nautical nature. A shimmering salute to the sea, the watch face features handwrought enameling by the artisans at Donzé Cadrans. The intricate process powders pores in the surface metal with enamel and then melts it, before hand-sanding to a shine. Decorating the dial is a subtle, undulating wave pattern that suggests a clamshell, while arabic numerals and indices noting the hour and second, respectively, are gilded for contrast.

Introduced this year, the timepiece’s namesake tourbillon took eight years to develop and includes a constant force escapement engineered from silicon, which requires less maintenance and is unaffected by magnetism. With a power reserve of at least seven days, the manual movement can be viewed through the watch’s sapphire-crystal caseback. The power reserve indicator is set discreetly above the tourbillon at the 6 o’clock position.