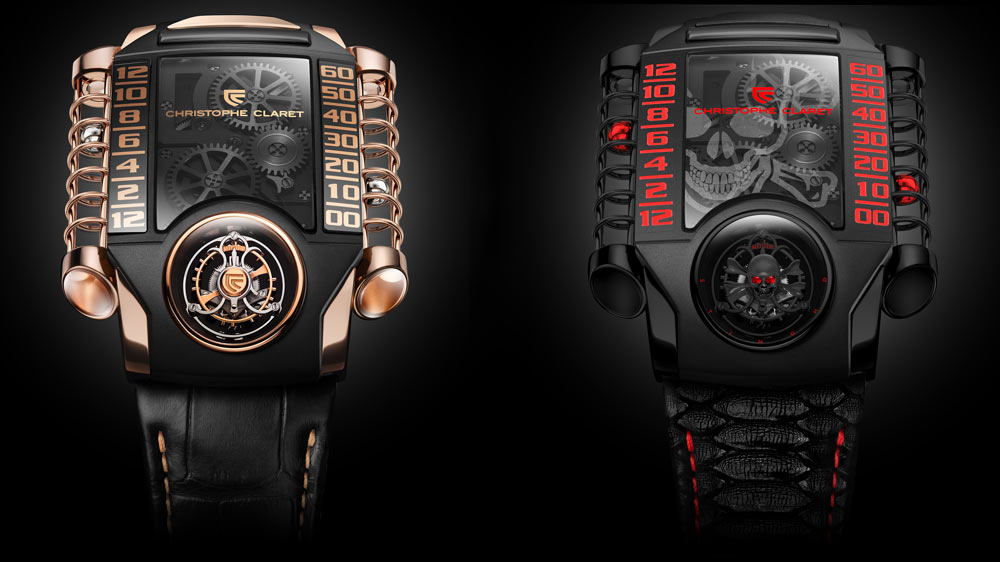 It’s easy to understand why critics of horology often complain about how little has changed over the course of watchmaking history. For all their variety, wristwatches tend to perform their central time-telling function in the same predictable way: Two hands, usually positioned within the perimeter of a round dial, indicate the hours and minutes.

Unless, that is, you’re talking about the luxury watch industry’s rule-breakers: watchmakers who take pride in displaying time unconventionally, either as a nod to the 1970s, when asymmetrical cases and space-age design created a class of timepieces beloved for their off-kilter sensibilities, or as a bold statement about the mad possibilities of timekeeping. Either way, lovers of idiosyncratic style will find few things more delightful than the clutch of timepieces featured here.

In 2012, independent watchmaker Christophe Claret introduced the X-TREM-1, a beast of a watch that more than delivered on the acronym embedded in its name: experimental time research engineering mechanism. Equipped with a retrograde hours and minutes display system, the radical-looking timepiece indicates the time using two tiny hollowed steel spheres, each isolated within sapphire tubes on the left and right sides of the caseband. Best of all: The spheres’ movement isn’t governed by mechanics, but by magnetic fields. Earlier this year, the X-TREM-1 spawned two new versions: the X-TREM-1 in 5N red gold with cylindrical ring-bound tubes instead of sapphire tubes ($268,000) and the X-TREM-1 STING HD ($278,000), made in partnership with New York City–based StingHD, a maker of high-end leather accessories and jewelry. (christopheclaret.com)

Hautlence offers a cheeky rejoinder to watch traditionalists with its two-year-old Labyrinth 01 (roughly $11,800), a wristwatch that flat-out refuses to provide the time, choosing instead to allow its wearer time to play. The satin-finished titanium “timepiece” is actually a portable toy featuring a maze-and-ball game like those that kids play. Rather than using the crown to set the time, moving it activates a mechanical lift that feeds a forged platinum ball onto the rose gold dial. The first of Hautlence’s “Playground” collection, the Labyrinth 01 is a potent example of high watchmaking’s irreverent side. (hautlence.com) 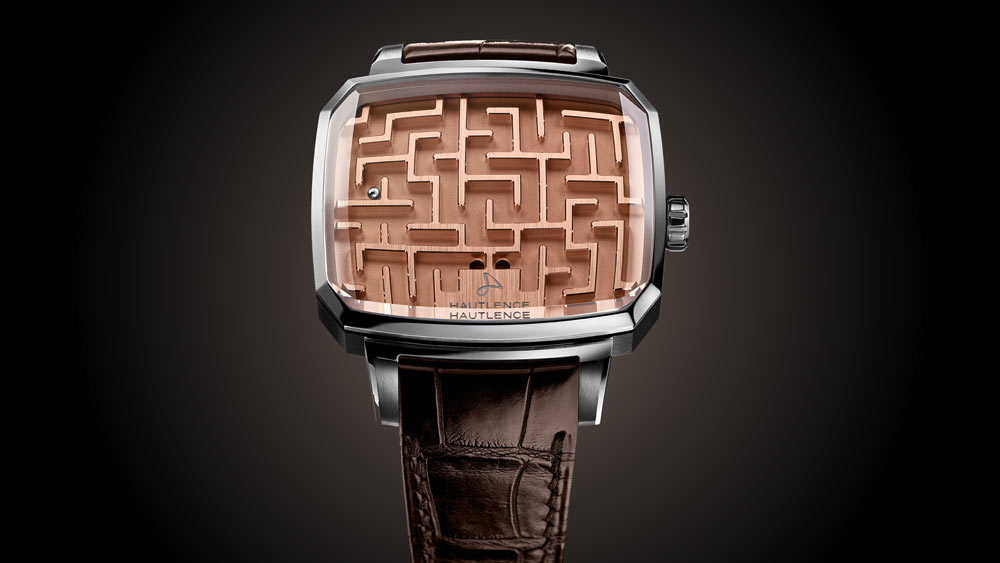 Automotive-inspired timepieces are commonplace in the watch industry, but none bear the minimalist styling or elegant jump-hour display of Jonathan Ward’s ICON Duesey, a limited edition timepiece from the Los Angeles-based custom car specialist. A lover of vintage cars and watches, Ward designed every part of the timepiece from scratch, from the Deco-like font to the leather band, using early models of the Duesenberg Motors Company as a design inspiration. “They had this killer tachymeter and speedometer,” Ward says, “and I’ve always been a geek for jump hours.” Encased in T2 and T5 titanium with a black onyx dial, the round 42 mm model ($11,500) was unveiled about six months ago; the 50-piece limited edition will begin delivering in April. (icon4x4.com)

Described by Ressence founder and designer Benoît Mintiens as a timepiece “for the gentleman diver,” the Type 5 ($35,800) comes in a handsome round 46 mm case made of grade 5 titanium, but don’t let such prosaic details mislead you. Known for a pioneering time display that eschews the use of traditional hands for the hours and seconds in favor of revolving disks that orbit inside the main minutes disk, Ressence has crafted a mechanical watch boasting supreme legibility underwater. That’s because its contents are immersed in 37.5 ml of oil (!). Not only does the oil keep the components lubricated, it eliminates refraction, which makes reading a traditional dive watch underwater difficult, if not impossible. (ressencewatches.com) 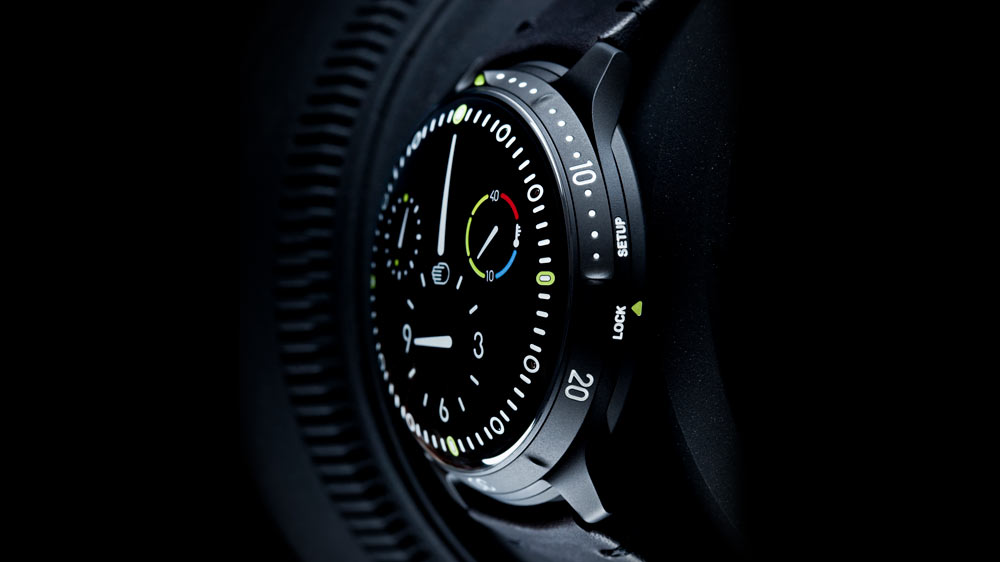 Channeling its maritime roots, the Le Locle, Switzerland-based watchmaker Ulysse Nardin delighted fans of whimsical horology in 2016, when it came out with the Grand Deck Marine Tourbillon, a distinctive tourbillon featuring a minute indicator that sweeps across the handcrafted wood marquetry dial like the boom of a ship. This year, the brand created a limited edition of 18 pieces crafted in 18-karat rose gold ($270,000) with a slightly darker wood on its dial. Powered by a revolutionary patented time mechanism, the watch features a jumping hour visible in apertures beneath 12 o’clock and gold minute markers across the center of the dial. (ulysse-nardin.com) 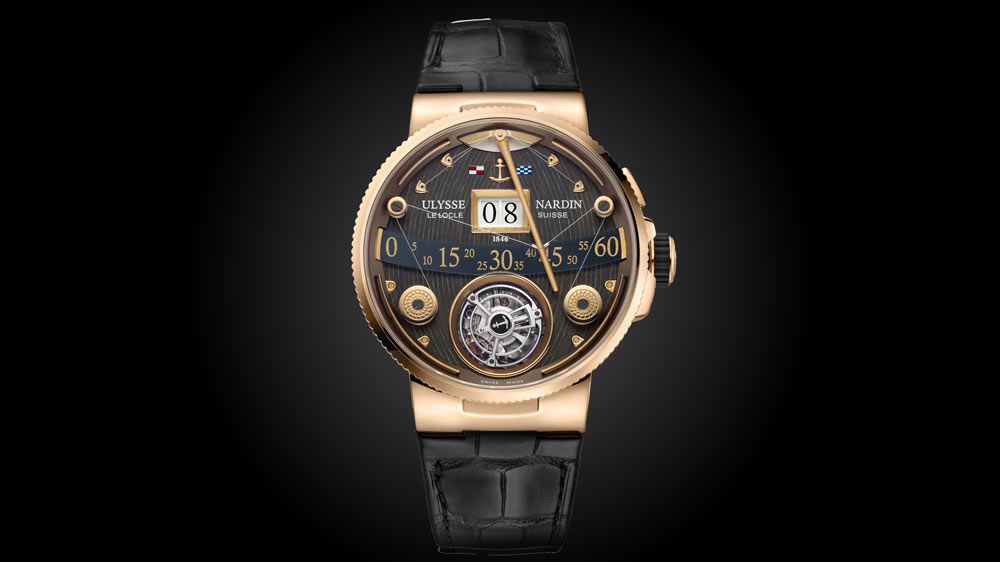 With a name drawn from the history of time (the ancient Sumerian city of Ur is where timekeeping began), Urwerk has cultivated a loyal following among lovers of avant-garde watchmaking. So it should come as no surprise that the brand’s signature case shape is anything but round and predictable. The UR-210 model—seen here in a one-of-a-kind Dubai edition featuring the masterful engraving of Florian Güllert (approximately $211,800)—features a patented revolving satellite complication with wandering hours and three-dimensional retrograde minute hand. (urwerk.com) 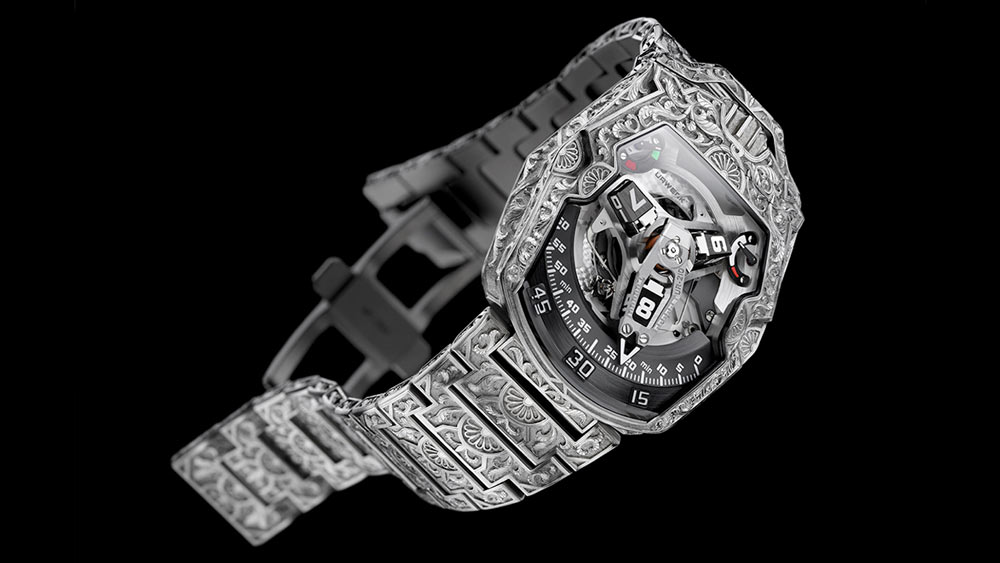