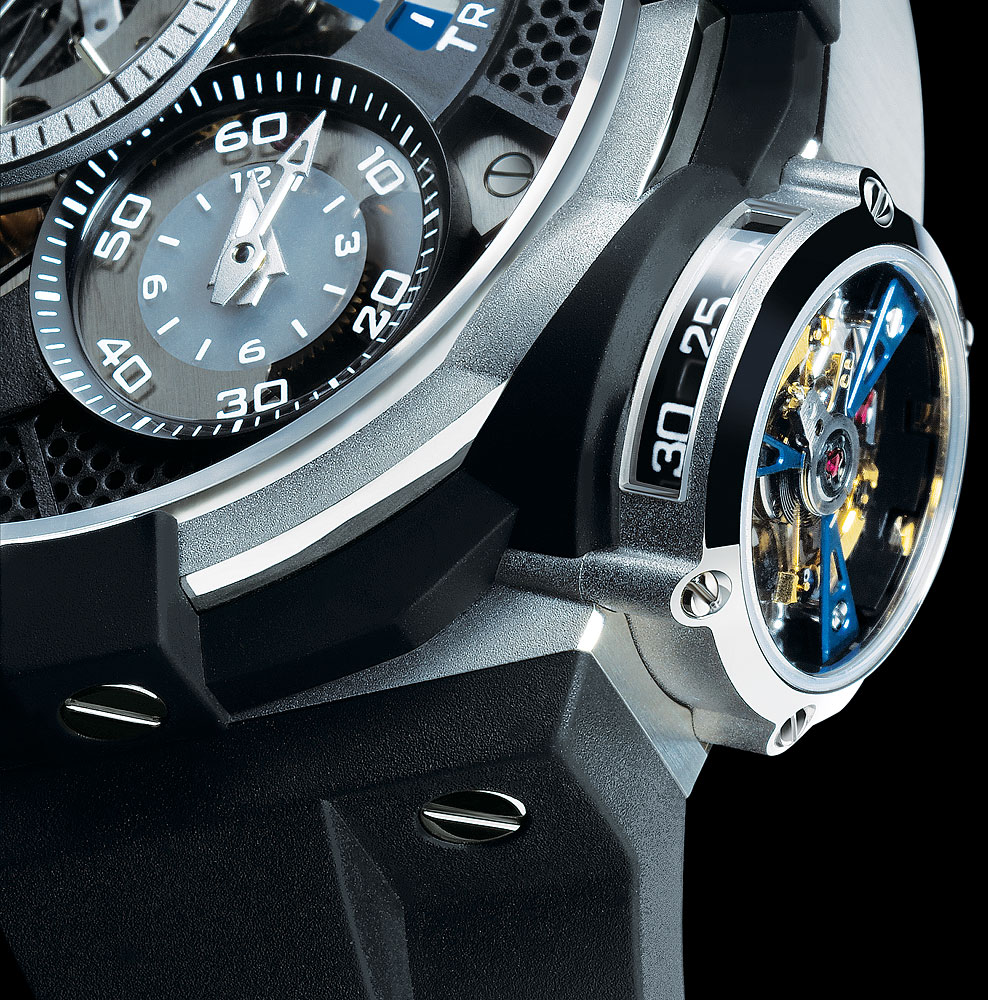 In late 2002, the Swiss watch industry buzzed with rumors that ETA, a division of the Swatch Group and the supplier of movements to a host of companies, would soon restrict deliveries. Swatch chairman Nicolas Hayek publicly declared that such a move would encourage creativity and independence in the industry. At that time, however, executives at the companies whose supplies of movements were at risk were outraged, and they questioned Hayek’s motives.

Hayek may have been right. The last seven years have seen wholesale changes in Switzerland’s watchmaking infrastructure, with many companies now making their own movements. Furthermore, a host of new specialty watchmaking firms are assuming positions of technical and creative leadership as they work with widely recognized brands.

Companies like BNB Concept, La Joux-Perret, and Val Fleurier are still relatively unknown to the public, and their names rarely, if ever, appear on watch dials. Astute collectors, however, are becoming more familiar with the critical technical contributions these behind-the-scenes players make. Not only do the companies assemble and decorate movements, they often place and adjust them in the watch cases, thus performing almost the entire watchmaking function.

Contracting is hardly new in the watch industry. Since the 1980s, Christophe Claret and Renaud et Papi have built high-level complicated watches for many well-known brands. Yet, perhaps because technological advances now enable the contracting brands to contribute more of their own creativity and design to the process, major brands are willing to be more open about their contracting collaborations, and to acknowledge the contributions that “underground” specialists make to both the art and the industry of watchmaking.

If you have tried on an ultramodern complicated watch recently, it may well have been the work of BNB Concept, one of the most successful movement makers in Switzerland. BNB’s reputation rests on the modern-style tourbillon. The company has created variations of this design for brands including Montres DeWitt, Bell & Ross, Wyler Genève, and Hublot. Such a client list is impressive for a company that is only five years old. In 2004, Mathias Buttet, Michel Navas, and Enrico Barbasini founded BNB. The three had made their reputations designing the radical Revolution tourbillons at Franck Muller. These watches were among the very first to reinterpret the tourbillon as a modernist complication where design became the supreme consideration over the more traditional qualities of accuracy and utility.

Navas and Barbasini exited BNB in 2007, leaving Buttet to run the company. Yet even without his partners, he still adheres to the trio’s business philosophy: Endow high-level pieces with unorthodox features that spring from BNB’s engineering prowess. The unconventional vertical tourbillon carriage in Concord’s C1 Tourbillon Gravity (shown on the preceding spread), for example, is the product of the firm’s previous experiments with differential gearing. BNB suggested a seconds counter around the outside of the once-a-minute rotating cage as an additional flourish. “Completing the numbers on the delicate aluminum-lithium undercarriage requires a challenging, multipart machining operation,” explains Sergio Marfil, former director general at the firm. “We have experience in this, whereas at most watch companies this would be an extraordinary operation.”

BNB’s clients value the company’s ability to incorporate their brand designs into complicated watchmaking. Rather than simply taking orders, or offering features from a catalog, BNB actively works with outside designers. This practice is best exemplified by BNB’s relationship with HD3 Complication, a watch company that by itself produces only design. Collaborative efforts between these two firms, such as the Vulcania from 2007, embody a vivid integration of imagination and mechanics for which both companies can take credit.

Chopard has not been particularly aggressive in marketing its manufacturing capabilities, but among watch-industry insiders, this 149-year-old firm has a reputation as an innovative force. Since opening its first movement factory in 1996, Chopard, under the direction of copresident Karl-Friedrich Scheufele, has strategically developed several notable complications and expanded its manufacturing capacity—points not lost on the major holding companies that own most of Switzerland’s high-end brands. And while Scheufele has developed a bold, long-term strategy that embraces innovation, he remains loyal to proven mechanical designs: The popular Mille Miglia chronographs still use the workhorse ETA 7750 chronograph movement.

In fall 2008, Chopard announced another manufacturing initiative, known as Fleurier Ebauches. According to Scheufele, this new division not only will build components for Chopard, but also will serve as a new resource for other watch companies that want to leverage the technically and aesthetically refined movements Chopard has carefully developed. “The first aim of Fleurier Ebauches will be to build a simple automatic movement followed by a modified version of the column-wheel chronograph we introduced in 2006,” Scheufele says. “We will first direct the production to our own watches, but in a few years, we will start producing movements for other companies.”

Reliability and thorough engineering are hardly sexy attributes in an industry that prizes mechanical pyrotechnics. But for many firms that have seen key suppliers regularly miss deadlines and delay deliveries, La Joux-Perret’s steadiness and predictability could not be more appealing.

Such traits were not always the firm’s calling cards. La Joux-Perret was reorganized from the independent movement maker Jaquet, whose founder, Jean-Pierre Jaquet, went to jail in 2003 amid allegations of theft and watch counterfeiting. Prior to the scandal, Jaquet had specialized in modifying ETA movements with simple complications such as date and chronograph functions.

Under director Frédéric Wenger, who, along with several investors, took over the firm two years before Jaquet’s incarceration, La Joux-Perret has made reliability and customer service cornerstones of its business model even as it has delved into more complicated and custom products, including tourbillons. “We have come to rely on La Joux-Perret for more and more of our high-end complicated watches,” says Michael Wunderman, president of Corum USA. “A demanding piece like our Tourbillon Panoramique must not only be engineered and finished to perfection, it has to be serviced.”

Over the last few years, La Joux-Perret has been the provider of column-wheel chronographs (modified from the ETA 7750 design) for Hublot. It also boasts a number of spectacular innovations, such as the Caliber 360 chronograph for TAG Heuer, which records hundredth-of-a-second intervals. “We are more interested in creating true novelties that cannot be copied,” Wenger says. “For instance, the Tourbillograph we just completed for the British Masters has two patents. This provides real value to the company.”

Richemont owns numerous brands that operate in the high-end mechanical market. However, because the company did not have the broad movement-making capabilities of the Swatch Group to manufacture the proprietary components each brand required, it found itself at a strategic disadvantage. Richemont needed a manufacturing arm that could work across its brands, so in 2005 the company opened several development centers, known collectively as Val Fleurier, to manufacture movements. Val Fleurier completes the prototype phases of the development process, while Richemont’s individual brands assemble the parts for their specific watches.

To date, Val Fleurier has produced movement designs for Panerai, Piaget, and Montblanc. Each design possesses an individual character that seems to fit the unique personality of each brand—thus allaying any fears of uniformity and validating the wisdom of Richemont’s collectivist approach to manufacturing.

Richemont’s success also provides a blueprint for other companies in need of the kind of independence and flexibility that in-house manufacturing can deliver. These days, however, Richemont’s model is not unique in the watch industry. Since Hayek made his then-radical pronouncements about ETA’s plans, options for designing and manufacturing high-level watches have become more numerous than ever. Hayek, it seems, was right. The new production model that is currently bringing underground movement makers to prominence was expensive to create, but well worth the cost. Today’s industry is more authentic and interesting than it was under Swatch dominance, and its future looks bright.