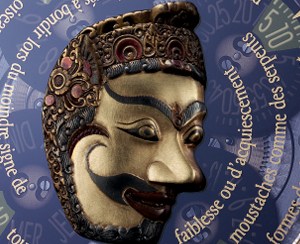 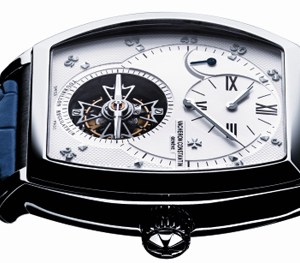 For the better part of a century, anyone wanting to visit Vacheron Constantin at its Geneva home would be directed to the boutique located in the company’s historic headquarters. The brand has occupied premises in the St.-Gervais district of Geneva for most of its 253-year history, and until recently, that long occupancy was reflected in the boutique’s appointments, with straight-backed chairs, faded colors, and somewhat musty upholstery. Today, the historic building in downtown Geneva has been transformed into the Maison, a remodeled repository of the brand’s heritage built for visitors. Much of the actual watchmaking is now done at the company’s new, ultramodern headquarters on the outskirts of Geneva in the suburb of Plan-les-Ouates (visits can be arranged in advance), and also at another new facility in the Vallée de Joux. The architectural overhaul is somewhat analogous to the revamp of the entire brand. Vacheron Constantin’s traditions, as well as its watches, have become, in contemporary parlance, interactive.

This stance may be the product of necessity as much as anything else. The company’s storied history, which has included a very broad swath of influences and styles, is not something to be absorbed in a few minutes. At times the brand had struggled under the weight of all this material—bouncing from style to style during the troubled times of the 1970s and ’80s. A significant portion of its archives still remains boxed, waiting to be sifted, but in recent years Vacheron Constantin has evolved toward a more cohesive style that picks and blends elements from its rich past.

A visit to the Maison allows you to mix with these traditions firsthand. Upstairs is a museum, where the changing exhibitions have themes to give order to the company’s large collection of historical watches. Traditional artisans such as enamelists or engravers are often set up to allow you to watch them work. Observing these craftsmen up close is a far more intimate look at such highly traditional crafts than you will find elsewhere. (Even on specially arranged visits to factories, few have these kinds of artisans on site.) But perhaps most compelling for watch collectors is the opportunity to direct your own combination of these crafts, or Vacheron Constantin’s complicated watchmaking capabilities, in a custom piece.

The adjoining boutique is located on the lower floor of the Maison, and sells not only watches from Vacheron Constantin’s current collection, it also administers the Atelier Cabinotiers program. Unlike the recently launched Quai de l’Ile, a model that offers customizable components, there is no set limit to what you can order with Atelier Cabinotiers. However, the company is specific about the expense and time of delivery, especially with regards to more elaborate projects. “Watches that use calibers and cases that already exist with special decoration can be completed quite easily,” explains Dominique Bernaz, the Maison’s director, who oversees the firm’s heritage department as well as the Atelier Cabinotiers program. “We can also add certain complications or case modifications without too much trouble. On the highest level, we start with a white page. We can only do one of the projects a year, no more, and only when the customer has a clear idea of the considerable time and expense involved in creating a new mechanism.” Interest in this program has been so strong, the company’s order book for the highest level of new complications is already filled for the next few years.

Even the smaller, more feasible projects can take time, but one of the most satisfying parts of placing an order of this kind is seeing the piece take shape in one of the company’s facilities. Assembly, casing, and adjusting is often performed in the Plan-les-Ouates headquarters. Much of the complicated watchmaking, meanwhile, is likely to take place at the company’s facility in the Vallée de Joux. The premises there are more traditional than its modernized Geneva locations, but nonetheless impressive in the scope of Vacheron Constantin’s capabilities. “Seeing a watch in progress is something our customers have done since the earliest days of the brand,” claims Bernaz. “It’s a tradition we try to follow today.”