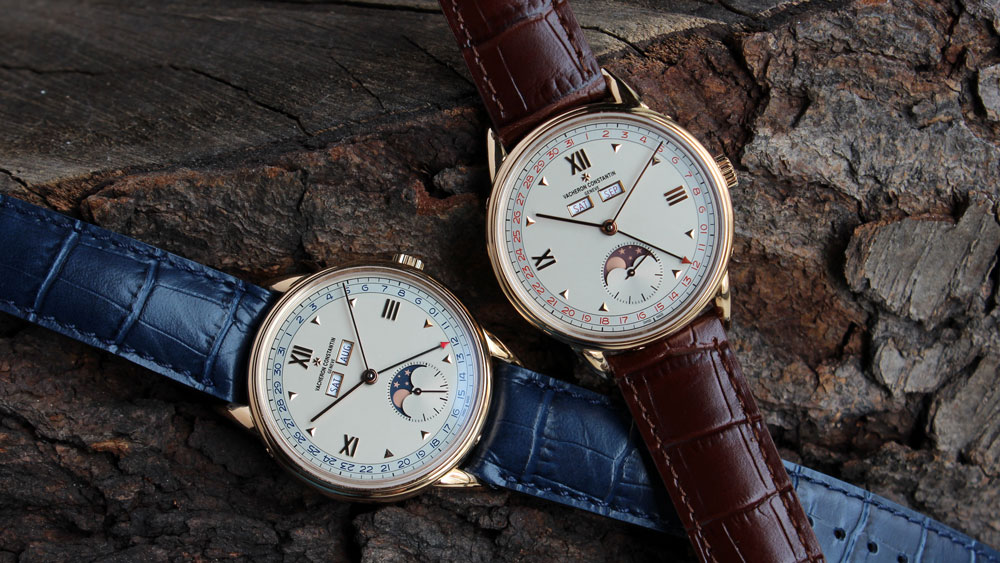 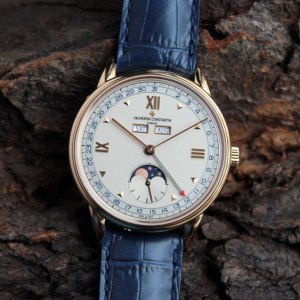 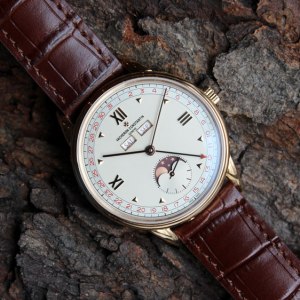 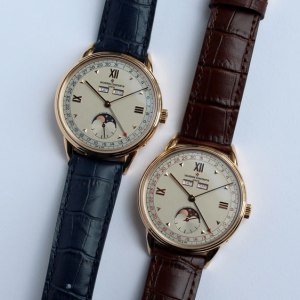 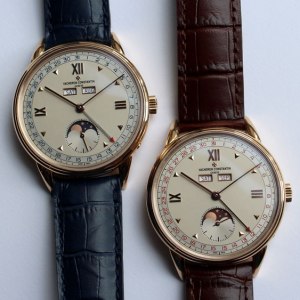 The Vacheron Constantin Historiques collection saw a fresh expansion this week in the form of three new releases—all based on classic vintage pieces from the brand’s extensive archives. The collection has long been a fan favorite among collectors, as the brand has consistently reinterpreted these vintage pieces to pay tribute to their heritage without simply being a carbon copy of the original.

Of the three new references, the Historiques Triple Calendrier 1948 ($35,000) immediately caught our attention. Modeled after the reference 4240L that first launched in—you guessed it—1948, the piece will be cased in rose gold and limited to 200 pieces each of the blue and burgundy dial-accent configurations.

The new 1948 models will be powered by Vacheron’s manually wound manufacture Caliber 4400 QCL, running at 28,800 vibrations per hour with a power reserve of 65 hours. Gold applied indices and a subtly gadrooned case profile add an additional level of detail that evokes the design of its 69-year-old sibling in a new way. If rose-gold and moon-phase complications aren’t of particular interest, Vacheron also unveiled a simpler and more affordable variation: the Triple Calendrier 1942 in steel.

We’ve been seeing a vast number of luxury watch brands adding more steel cases to their repertoire of late, though this launch is technically a first for the Historiques collection from Vacheron. Previously only featuring precious metals (other than a single limited-edition release not available through retailers or boutiques), the Triple Calendrier 1942 provides a new and relatively reasonable point of entry into the collection, priced at $19,500. The piece has a utilitarian charm similar to the steel Audemars Piguet that sold via Christie’s earlier this year for a whopping 125,000CHF (about $128,000), and with the vintage market booming in general, we suspect it will quickly become an enthusiast favorite.

The final addition to the Historiques line is a new American 1921 Small Model, offered for the first time in a 36.5 mm case size. The original version isn’t vastly larger (40 mm); however, the brand has thoughtfully targeted the women’s luxury watch segment with this latest addition to the line—once again a first in the Historiques collection.