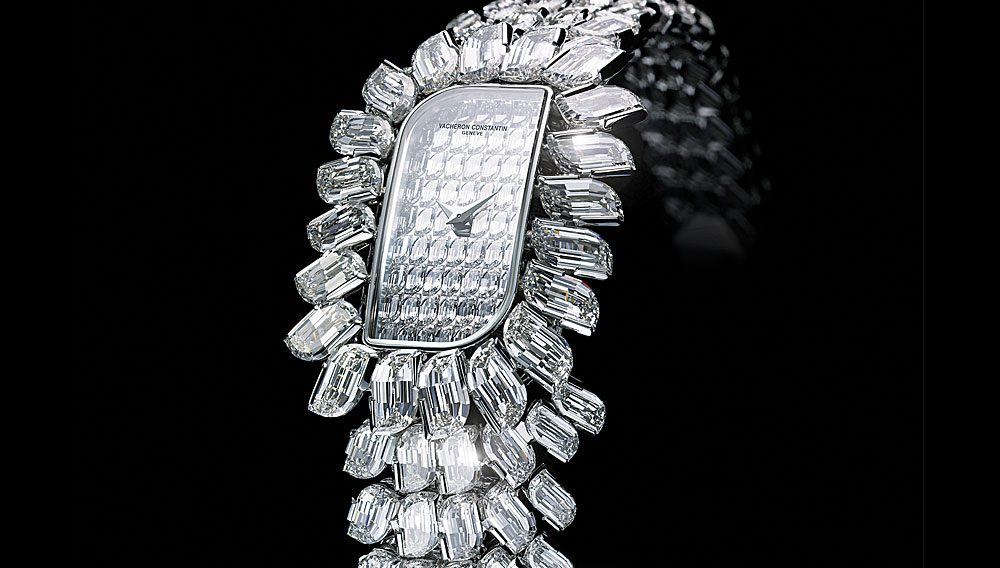 Three years ago, Vacheron Constantin’s jewelry-watch efforts came to a crossroads. Its Kalla family of watches—designs seemingly composed of nothing but emerald-cut diamonds—had begun to look slightly dated. Virtually nothing about the line had changed since the 1970s, when Kallista reigned as the world’s most expensive watch, and the designers were at a loss as to where to take the line next. But this creative quandary was resolved when, serendipitously, one of the company’s stone suppliers came to a meeting with an oddity in his pocket: a flame-cut diamond.

With curved edges coming at either end to sharp points, the flame is an unusual cut for a watch. But Juan-Carlos Torres, Vacheron Constantin’s CEO, was quick to realize its potential for the Kalla line and secured an agreement with Australia Diamonds to be the first watchmaker to use the stone. The $900,000 Vacheron Constantin Kalla Flame (877.862.7555, www.vacheron-constantin.com) is one of two initial flame-inspired models introduced, and it clearly illustrates the versatility of this particular cut. Despite their asymmetry, the flame-cut diamonds fit closely to one another in a houndstooth-like pattern, giving the Kalla’s distinctive bracelet configurations and dial settings an even more seamless appearance than could ever be achieved with conventional rectangular stones.