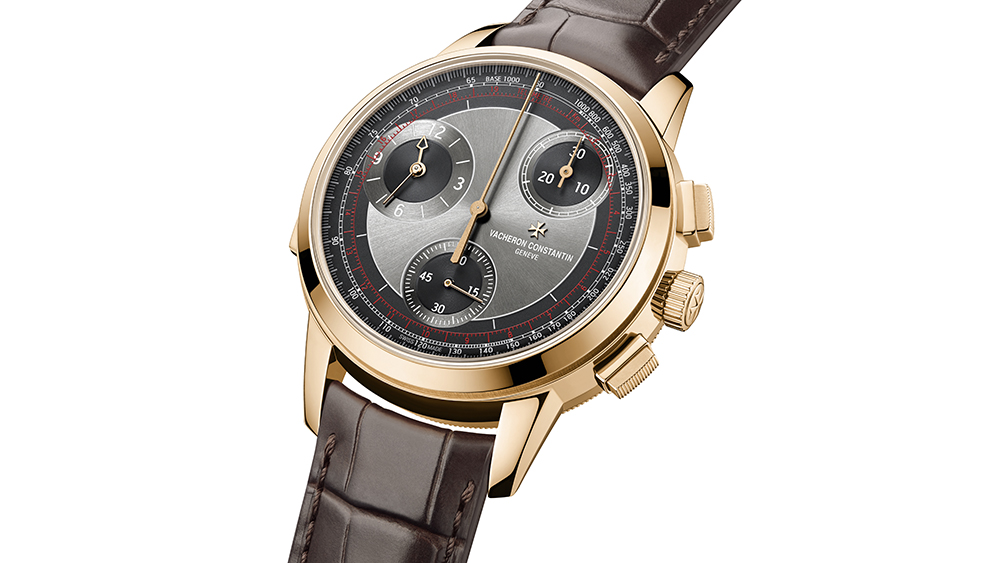 Even watch collectors who remember the earliest days of the mechanical renaissance may forget that, for most of the 20th century, wristwatches equipped with complications—much less grand complications—were a true rarity.

“Very few perpetual calendars were available because they were highly difficult to develop, manufacture and assemble,” says Christian Selmoni, Vacheron Constantin’s style and heritage director. “And for decades, if not centuries, the tourbillon was kind of a mythical complication. For watchmakers, it was a holy grail of difficulty.”

The advent of advanced engineering technology in the mid-1980s, including CNC machines and computer-aided design, allowed more watchmakers to flex their technical muscles, but to this day, combining super-specialized functions within a single timepiece remains the purview of the horological elite.

Enter the Minute Repeater Tourbillon Split-Seconds Monopusher Chronograph, a one-off mouthful from Vacheron’s experimental Les Cabinotiers department. Four years in the making, the 45 mm by 16.4 mm, 18-karat-pink-gold wristwatch, introduced in March at Watches and Wonders Geneva, stands apart even within the haute horology firmament thanks to a “rare combination of complications” that make it unique on the marketplace, says Selmoni.

To start, the new in-house, manual-winding Caliber 2757 contains an eye-popping 698 components. It includes a minute repeater, one of watchmaking’s most revered complications, a split-seconds chronograph (said to be even more challenging to construct than a striking mechanism due to the extreme precision required during the assembly process) and a tourbillon—a trio of functions almost never seen together in wristwatch form.

And yet the Les Cabinotiers piece—price very much upon request—is not only slender (the movement measures a mere 10.4 mm in thickness), it also features an elegantly pared-back aesthetic, including the understated dual-tone dial in dark gray, that belies its extreme intricacy.

“For super complications like this one, you might be tempted to put as much information as possible on the dial, to increase the perceived complexity of the timepiece,” Selmoni says. “But our idea was to give it maximum readability.”

And, he might well add, maximum beauty. Meticulously hand-finished by a single dedicated watchmaker, the caseback features a cross pattern of blackened bridges with hollowed surfaces sandblasted to an extremely fine grain and topped by a mirror-polished sink. The resulting interplay of matte and shiny finishes, housed within a three-dimensional architecture, creates a visual symphony.

Selmoni calls the master watchmaker behind the piece “a kind of Mozart of complications.” But here, the music plays softly. Praising the watch’s stealth factor, he adds: “Only you know you have a super complication on your wrist.”