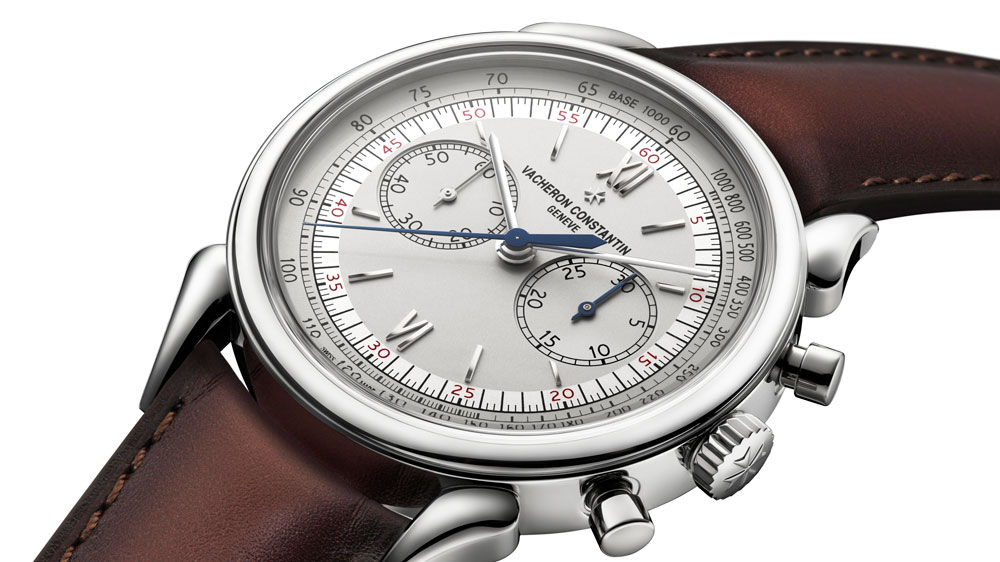 The demand for stainless steel luxury sports watches is skyrocketing, with long waiting lists for steel renditions of coveted classics like the Rolex Daytona and Patek Philippe Nautilus, previously only available in gold or platinum. Now another collector’s favorite is set to hit the market in steel: the Vacheron Constantin Historique Corne de Vache 1955. The watch is so-called because its lugs resemble cow horns (“Corne de Vache” in French). The 1955 refers to the year the original was introduced, the beginning of a period considered the golden era of watch design.

The Corne de Vache reference 6087 was the company’s first chronograph with a waterproof case, and like most watches at the time, it was made of gold. Vacheron revived the model in 2015 in its vintage-inspired Historiques collection with a case made of platinum. A year later, it was introduced in 18-karat pink gold. This week, the model finally makes its debut in stainless steel. (Technically it is not a debut. Vacheron collaborated with Hodinkee on a 36-piece steel version of the watch in 2017, which sold out immediately.) And while still priced in the upscale range you would expect from a luxury watch from an elite maker, at $39,800 it is a bargain compared to the platinum ($69,509) and gold ($54,000) models. 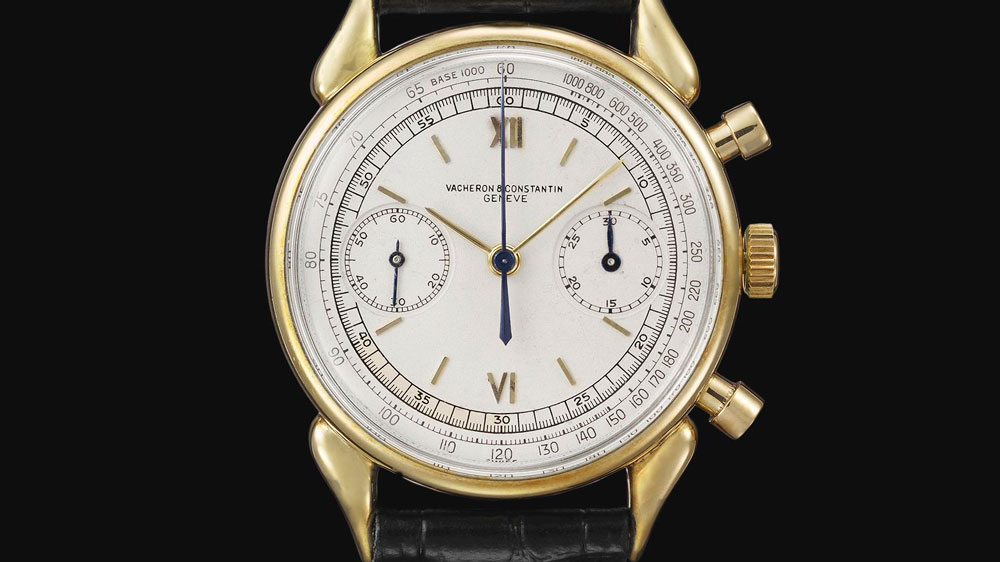 Most of the design details are true to the original reference 6087, including the mushroom-style chronograph counters, grooved crown and distinctive cow-horn lugs. The modern version is slightly bigger, at 38.5 mm, compared to the original 35 mm version, which was a typical size in the 1950s.  The dial is faithful to the original as well, with similar font, hands and markers, a standout blued steel chronograph hand and a similar tachymeter index around the outer dial. The grey velvet-finish opaline dial with applied indexes is new, as is the movement—the manually wound manufacture caliber 1142—an integrated column-wheel chronograph with a 48-hour power reserve.

It is decorated to Poinçon de Genève standards, which means each component is individually finished and decorated by hand. You can see it through the open caseback, including polished chamfers and sink holes, polished jewel heads, côtes de Genève stripes on the plate and bridges, and chamfered wheels on the going train. The screw head on the column wheel is shaped like Vacheron’s famous symbol, the Maltese cross. 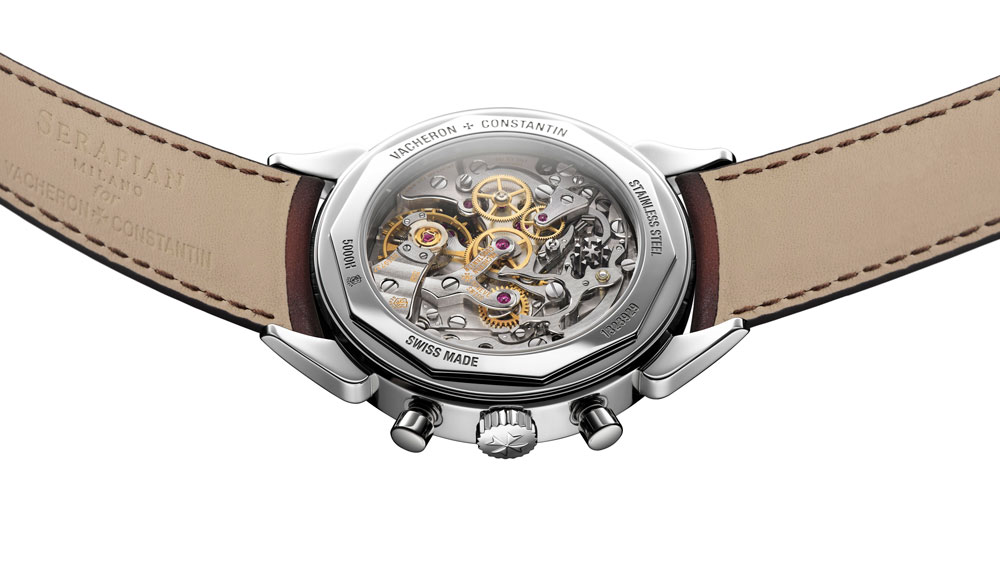 The strap is the first to be made for Vacheron by made by Milanese bespoke leather company Maison Serapian, recently acquired by Vacheron’s parent company, Richemont. It is made of patinated dark brown calf leather, with tone-on-tone stitching and a polished steel buckle closure in the shape of a half Maltese cross. The second loop of the strap is sewn in the “attacco” manner characteristic of Serapian handbag handles. The steel Vacheron Constantin Historique Corne de Vache 1955, while not officially a limited edition, is likely to be limited in production. It hits stores in late fall.