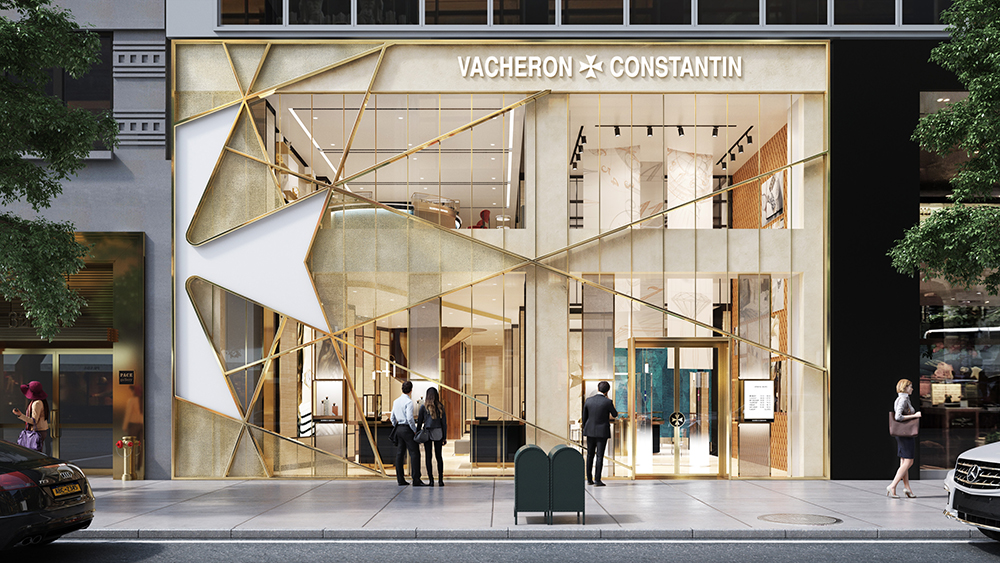 That’s when the watchmaker’s current location at 729 Madison Avenue will close and its new two-story boutique—located at 28 East 57th Street, between Madison and Park avenues—will open.

“When the new flagship opens, it will be our largest boutique in North America, and our only bi-level location in the region,” says Leslie Kobrin, president of the Americas Vacheron Constantin. “The square footage this new location offers is just over 4,500, which is roughly four times the size of our current New York City boutique.”

“The larger footprint of this flagship will allow us to entertain our clients in a comfortable, well laid out environment conducive to in-store events,” she adds. “The striking glass façade will create a space filled with natural light to highlight the details of our timepieces.”

The 265-year-old brand has had a presence in America since 1817 and has worked closely with American clients ever since. In the early part of the 20th century, the watchmaker famously supplied automotive tycoon James Packard with a number of complicated timepieces, including a one-of-a-kind 20k gold chronograph clockwatch that incorporated custom touches such as a grande and petite sonnerie and half-quarter repeating functions.

Of the 13 watches in the brand’s Historiques collection, which pays homage to iconic timepieces of the past, are four versions of the Historiques American 1921 model—a gentleman’s driving watch from the heyday of 20th century automotive history that features a dial inclined at a 45-degree angle to make it easier to read the time while driving.