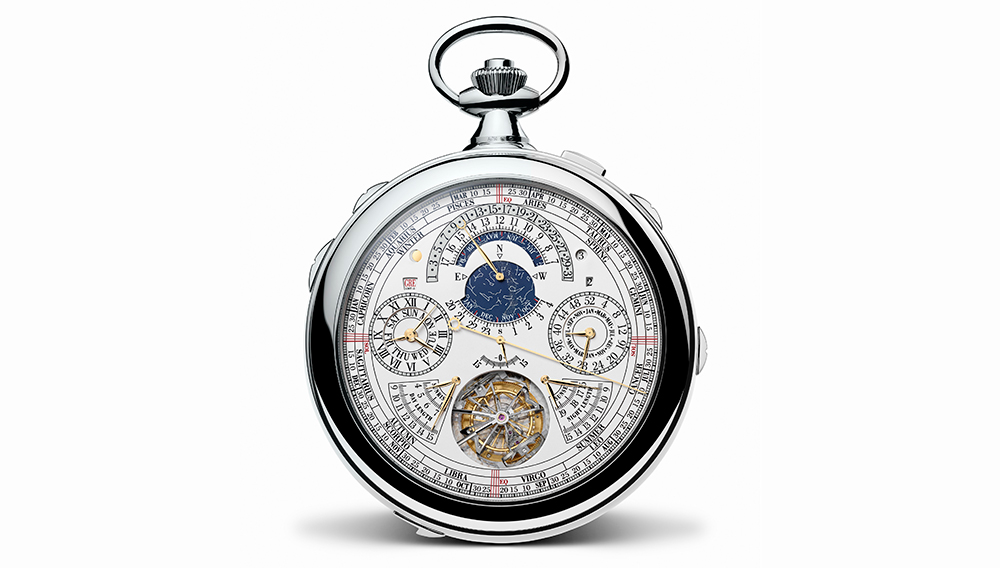 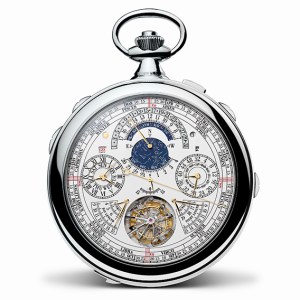 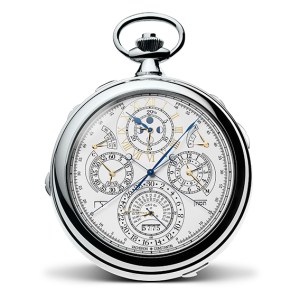 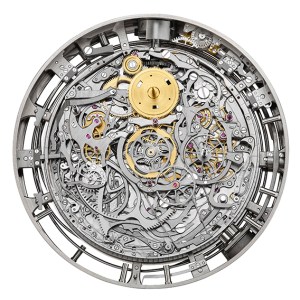 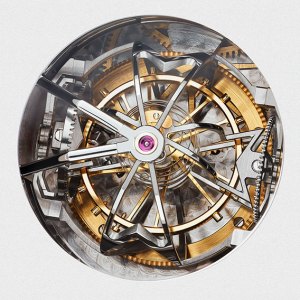 It is not often that a watchmaker is so bold as to undertake the Herculean task of building the world’s most complicated watch. Indeed, Patek Philippe’s Calibre 89, which features 33 complications, has held the record for more than a quarter of a century. But today, in celebration of its 260th anniversary, Swiss manufacture Vacheron Constantin—one of watchmaking’s “Big Three”—officially unveiled the Reference 57260, a pocket watch eight years in the making that now, with an astonishing 57 complications, claims the title of the world’s most complicated watch.

Developed and constructed by a team of just three people under the project code name “Tivoli,” the 18-karat white-gold, dual-dialed watch not only includes traditional complications—like a moon-phase indicator, a star chart, and a regulator-style timekeeping display—but also some that have never been seen before in horology. One of these imaginative features is the double retrograde split-second chronograph. Unlike a traditional split-second chronograph, which employs two hands rotating in the same direction in order to time multiple events, the double-retrograde version’s hands rotate in opposite directions and snap back to their starting positions after completing a 60-second arc. Another first is the inclusion of a Hebraic perpetual calendar, which, unlike the Gregorian calendar, operates on a 19-year cycle. Not only does the watch account for the peculiarities of this date-keeping system—such as the addition of a 13th month to seven of the 19 years, which is tracked on the front dial at 9 o’clock—it also indicates the Gregorian date of each Yom Kippur during the cycle and displays the current day and month in Hebrew by way of two jumping displays flanking the lower subdial. The watch’s chiming mechanism, which features both a grande sonnerie and a petite sonnerie, has also been taken to the next level with the inclusion of a night mode that disables the gong strikes between 10 pm and 8 am.

The dial on the reverse side of the watch hosts a bevy of additional functions, including a 12-hour second time-zone display, a scale indicating the current Zodiac-sign period, an aperture that shows the current year in the leap-year cycle, sunrise and sunset time indicators, and an equation of time display that tracks the variance between standard time and solar time. Already a tremendous feat of horological engineering in its traditional form, the Reference 57260’s perpetual calendar can track the current date using either the standard Gregorian calendar or the international business calendar (known as ISO 8601), which completes a full cycle every 400 years.

The beating heart of the watch—a spherical balance spring—is housed within a tri-axial tourbillon cage that makes a full rotation every minute. The layout of the cage’s frame forms Vacheron Constantin’s Maltese Cross logo, which is completely visible every 15 seconds, or four times, during each complete rotation of the tourbillon. This bit of horological artistry can be observed through a large aperture positioned at 6 o’clock on the reverse dial.

Attempting to list every feature hiding in the Reference 57260 (whose new owner paid an estimated $8 million for the timepiece) would be an exercise in madness, but suffice it to say that Vacheron Constantin has created a truly unique and fascinating wonder that pushes the boundaries of watchmaking to their limits—that is, of course, until the next brave company steps up to vie for the title of the world’s most complicated watch. (vacheron-constantin.com)