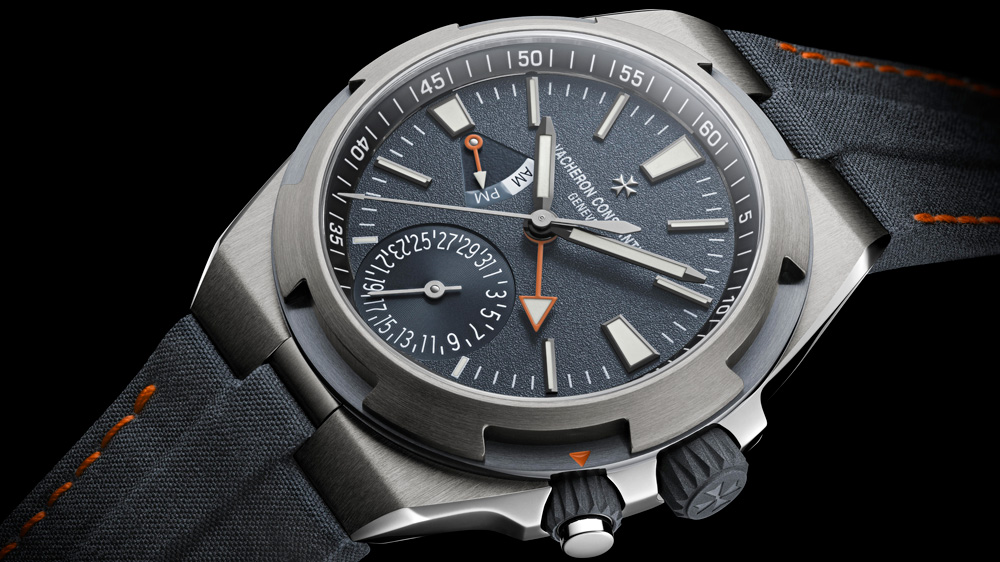 At its Game Changers auction in New York on Dec. 10, Phillips will offer a one-off Vacheron Constantin wristwatch with a thrilling provenance. Unlike the gentlemanly dress watches from the 1930s, ’40s and ’50s that the historic brand is most closely associated with, the c. 2018 Overseas Dual-Time Prototype going on the block for a low estimate of $20,000 is an extreme sports model that’s already been to Mount Everest and back.

The watch was made for brand ambassador Cory Richards, a National Geographic photographer and adventurer known for his hard-core approach to climbing—in addition to summiting Everest twice, Richards became the first American to summit Gasherbrum II (GII), the thirteenth-highest mountain in the world, a wintertime feat captured in the 2011 documentary Cold.

Designed to accompany Richards on his third Everest ascent earlier this year—via the North-East Ridge, a hazardous route that originates in Tibet and leaves its hopeful with “no opportunity for helicopter rescue at any point,” according to Outside—the Overseas Dual-Time Prototype was built to withstand the extreme elements that faced the climber (whose attempt ultimately failed due to adverse weather conditions). The dual-time feature allowed Richards to track the time in Tibet as well as at home in the United States.

Encased in lightweight titanium, the 41 mm timepiece is bolstered by reinforcements beneath its bezel and crown guards made of the rare earth metal tantalum. On its caseback appears a 22k gold winding rotor featuring an etching of one of Richard’s own images of Mount Everest. A dark grey dial with a grained finish is accented with 18k blackened white gold as well as an orange second time zone hand for enhanced legibility.

Richards wore the watch on a Ventile cotton strap, which will come with the piece. An additional rubber strap is included.

Coveted by the brand’s biggest collectors, who attended the watch’s unveiling in New York City in June, the model incited a frenzy on social media, with numerous commenters begging the Geneva watchmaker to “please, please, please put this into production.”

And yet, Vacheron Constantin reportedly has no plans to produce it in a series.

The sale of the Overseas Dual-Time Prototype will benefit the National Geographic Society—specifically, a project chosen by Richards that focuses on education and cultural preservation.