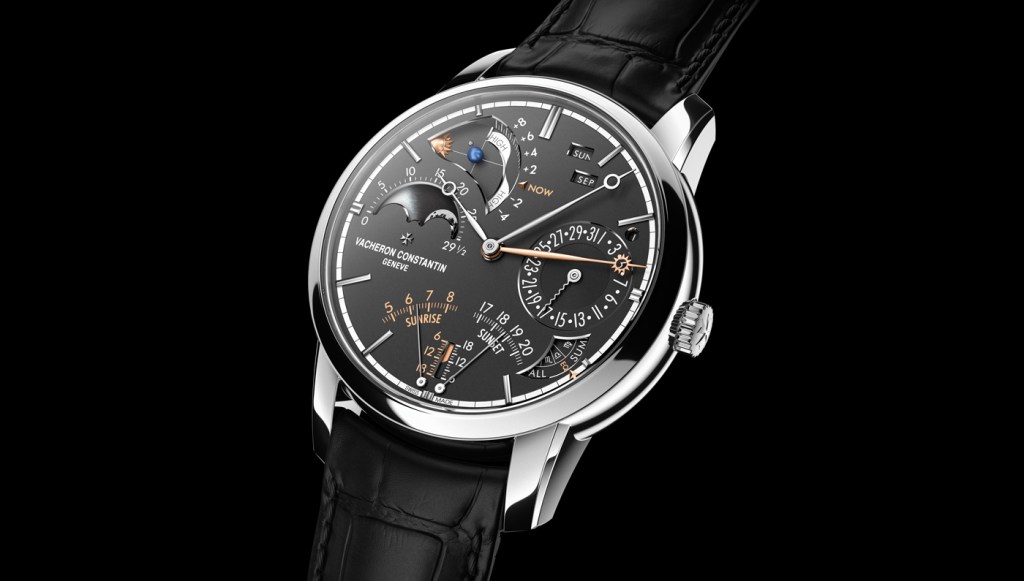 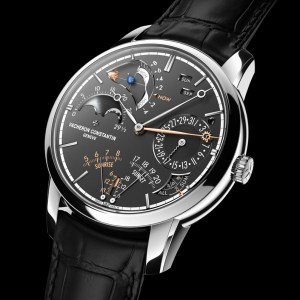 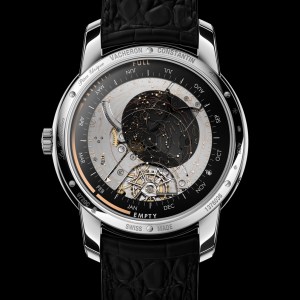 With its latest astronomical super-complication, Vacheron Constantin reaches for the stars and then some.

“As a company we seem to like astronomical complications,” says Christian Selmoni, head of creation at Vacheron Constantin. “They offer some interesting possibilities for us to create things that are new.” In the face of Vacheron Constantin’s latest ultra-complicated timepiece—perhaps best described as the ultimate astronomic wristwatch constructed to date—Selmoni’s remarks can only be construed as understatement.

The one-of-a-kind, double-sided Les Cabinotiers Celestia Astro­nomical Grand Complication 3600 (about $1 million, 877.862.7555, vacheron​-constantin.com) is impressive not just for the number of its complications, which the company has tallied somewhat liberally at 23, but also for the way they are themed and organized.

The complications are broken into three groups: civil (conventional) time and calendar functions, solar time, and sidereal time. Because both solar and sidereal time vary slightly from civil time, for greater accuracy each group of complications is driven by its own corrected gear train radiating from the movement’s central wheel. The solar gear train drives functions including a marching equation of time, sunrise and sunset times, length of day, and seasonal indications. These share space on the front dial with civil-time functions such as the perpetual calendar, moon phase, and an interesting tide indicator with a depiction of the sun, Earth, and lunar orbital positions. Dominating the back of the watch are such celestial functions as a star chart composed of two rotating sapphire disks that impose a starry sky over the sandblast-finish movement plates.

Even more noteworthy than the watch’s multiplicity of functions is its remarkable compactness. At 45 mm in diameter and just 13.6 mm thick, the timepiece is the size of most sports watches—a feat made possible by carefully designed components, some of which were created with advanced photolithography fabrication techniques. “I was blown away by the compactness of the design,” says Selmoni, “and you can still read the time very easily and simply.”