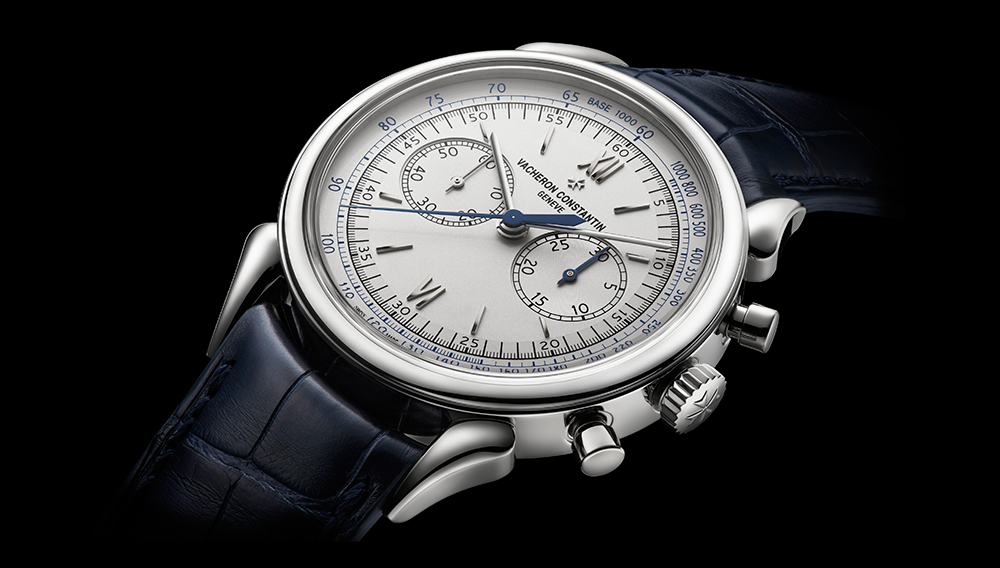 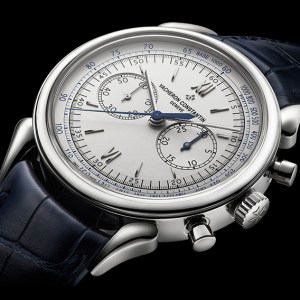 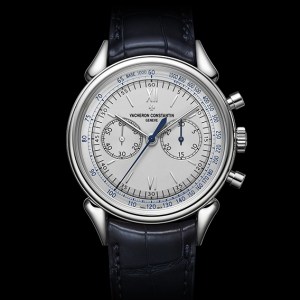 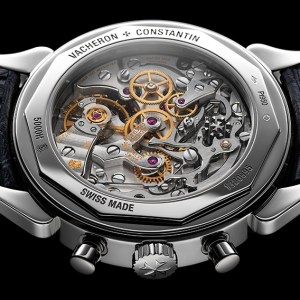 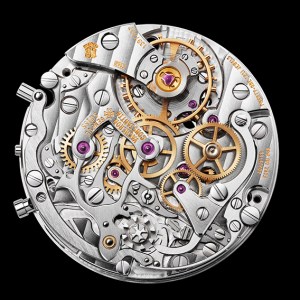 With Vacheron Constantin’s Historiques Cornes de Vache 1955, the world’s oldest continuously operating manufacture advances the art of horology while remaining true to its past. The new timepiece pays tribute to the watchmaker’s first water-resistant and anti-magnetic chronograph—born in the 1950s and carrying the reference number 6087—which has gone on to become one of the three most sought-after models by collectors of the brand.

Named for the same distinctive cow-horn-shaped lugs that graced the original, the contemporary watch also pays tribute by retaining its forebearer’s complications and aesthetic details, though, rather than 18-karat gold, its case and buckle are rendered in platinum. The hand-wound watch displays an opalescent dial with 18-karat white-gold roman numerals, hour indices, and hands. The chronograph’s seconds subdial at 9 o’clock and 30-minute counter at 3 o’clock lend a pleasing balance to the watch’s face. Working in conjunction with the stopwatch, a royal-blue tachometric scale—which can be used to calculate speed over a set distance and time interval— borders the circumference. Behind the scenes, the watch’s movement—which carries a 48-hour power reserve—is secured by a screwed-in caseback and is visible through a sapphire crystal.

Available in what the company describes as a highly exclusive production run, the roughly $95,000 Cornes de Vache 1955 is the most recent addition to the Historiques collection that comprises modern interpretations of the manufacture’s past glories—of which there have been many. Perhaps eclipsing all others, however, is the one-off watch Vacheron Constantin created to commemorate its 260th anniversary. Touted as the most complicated timepiece ever made, it was revealed on September 17. (vacheron-constantin.com)