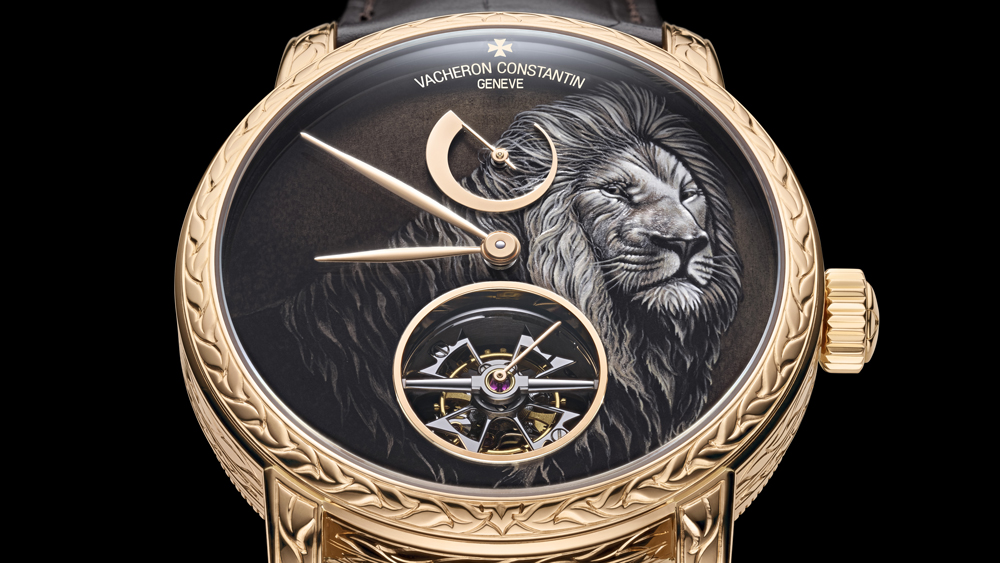 When you look at the intricate enameling and painstaking engraving on Vacheron Constantin’s Les Cabinotiers timepieces—its unique watches targeted to top collectors—it’s easy to forget that the company has been creating them for three centuries, with the majority being built by candlelight. The latest creations, Les Cabinotiers Mécaniques Sauvages (French for “savage mechanics”), bring the animal kingdom roaring to life through engraving and enameling created by centuries-old techniques.

While Vacheron Constantin’s modern-day masters use electricity, computer screens, and magnifying tools as visual aids, each piece is still created by hundreds of hours of handwork by a watchmaker, who spent up to 10 years learning the craft. Each Les Cabinotiers watch is one of a kind, and as a result, the prices for the new animal-inspired pieces are upon request. You can expect the price tag, however, to be astronomical enough that one might require a bodyguard to wear it. Last year’s Les Cabinotiers Celestia Astronomical Grand Complication 3600 was reportedly around $1 million.

Here’s why: In addition to the years of training and expertise required to execute the engraving and enameling on one of these timepieces, some also come housed with serious complications. For example, an 18-karat 5N pink-gold case band with a hand-engraved eagle encircles seven complications housed within the Les Cabinotiers Calibre 2755 Eagle timepiece, including a minute repeater, tourbillon, and perpetual calendar. Les Cabinotiers Armillary Tourbillon, with an engraving depicting a reptile on its 18-karat 5N pink-gold case band, is an armillary tourbillon with retrograde hours and minutes. And Les Cabinotiers 14-Day Tourbillon, featuring a detailed rendering of a lion on 18-karat-gold-covered Grand Feu enameling, houses the caliber 2260—a tourbillon with a small seconds at 6 o’clock on the tourbillon cage and a whopping 336 hours of power reserve.

For clients that prefer all of the spotlight on the artisanal work, the platinum-cased Les Cabinotiers Mysterious Animals Tiger features all of the engraving front and center on the dial. A hand-engraved 18-karat-white-gold tiger peers fiercely beneath 18-karat-yellow-gold hand-engraved bamboo foliage. The gold eagle enameling in Les Cabinotiers Grisaille Falcon’s 18-karat-white-gold case is the most minimal in appearance of all the timepieces, but its simple three-hand indicators for hours, minutes, and seconds make its animal the center of attention.

All of the watches in the 20-piece collection, which also features a rhino and a monkey, come with the prestigious Hallmark of Geneva certification, an American alligator leather strap, and a Makassar ebony wood box. While owning one will burn a hole in even the deepest of pockets, it may also assert your presence as the king of the jungle.