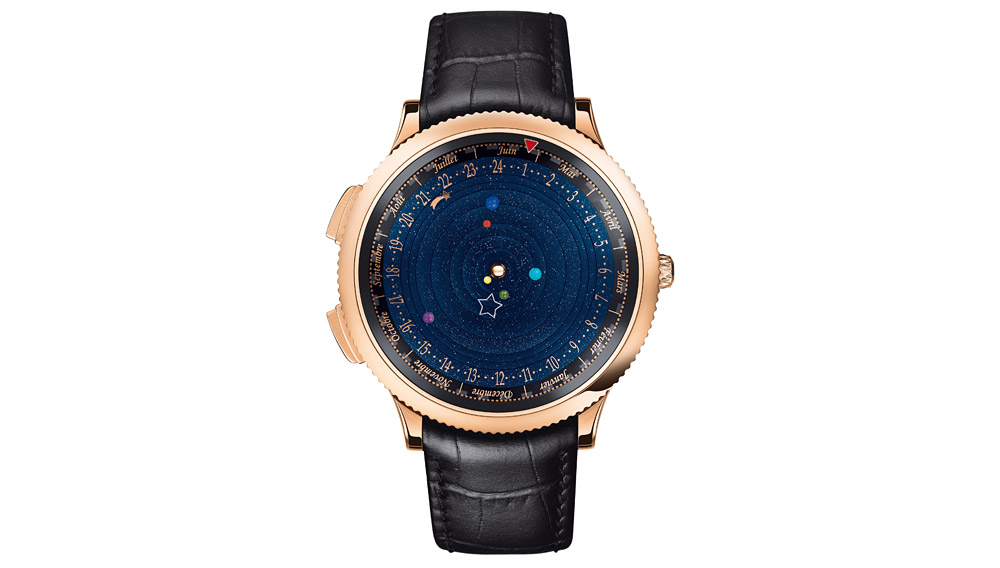 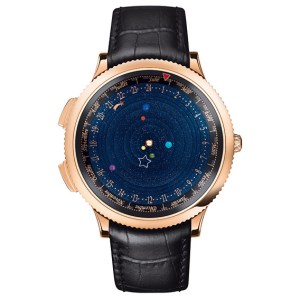 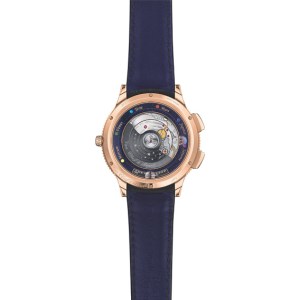 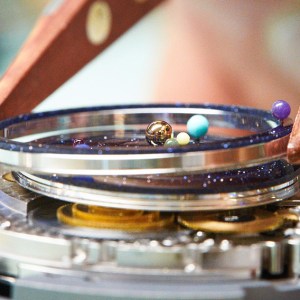 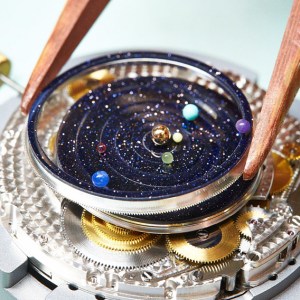 The latest addition to a collection that fuses technical prowess with fanciful visual styling, Van Cleef and Arpels’s Midnight Planetarium Poetic Complication brings the movements of the heavenly bodies to the wrist. The watch’s dial is composed of a series of concentric blue aventurine disks that create the illusion of a starry night sky. Each disk is affixed with a round, colored stone that represents one of the six planets closest to the sun. Each disk rotates independently around a large pink-gold sphere (representing the sun) at the same rate as its astronomical counterpart. This means that the small serpentine stone representing Mercury completes a full rotation every 88 days, while it takes the large sugilite sphere representing Saturn 29 years to do the same. A white outline of a star hovers above the orbit of the turquoise stone representing Earth, which will pass through the center of the star once a year. The position of the star can set using the watch’s rotating bezel and is meant to indicate a day special to the owner. The actual task of relaying the time falls to a small indicator shaped like a shooting star that travels around the outermost disk on a 24-hour circuit. (www.vancleefarpels.com)