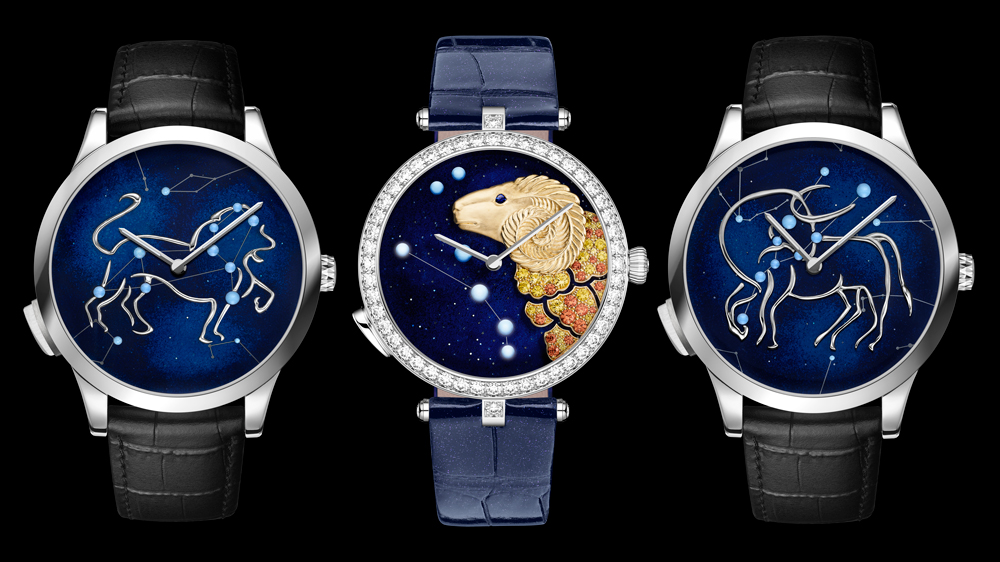 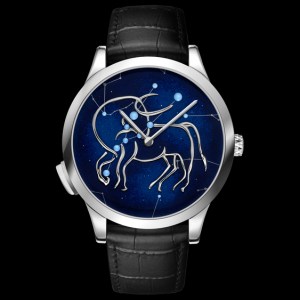 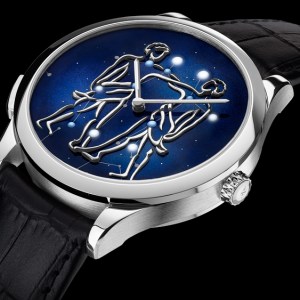 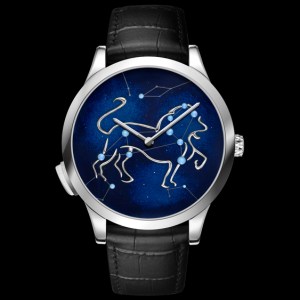 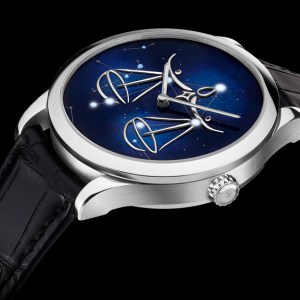 They won’t predict your future, but Van Cleef & Arpels’s Zodiac Lumineux timepieces will certainly light up your wrist. Following the release of the men’s Zodiac Lumineux timepieces ($113,000) last year at SIHH (Salon International de la Haute Horlogerie) in January 2018, the Swiss watchmaker has unveiled the Lady Arpels Zodiac Lumineux versions ($148,000). Both collections feature the 12 signs of the zodiac and feature the brand’s patented light-on-demand module, which illuminates each zodiac sign’s “stars,” made from enamel beads, on the dial via a pusher button. The technology first debuted in 2016 when it lit up the Aventurine dial of Van Cleef & Arpels’s Midnight Nuit Lumineuse timepiece—also inspired by the heavens.

The beauty of the light-on-demand module is that it’s not battery operated and doesn’t eat up the watch’s power reserve because it operates separately from the movement. That means you can show it off as many times as you like, if you don’t mind being that person that strikes up the astrology conversation at a dinner party. (Or, if you’re clever, you might use it as a subtle way to alert your significant other that it’s time to leave while you pretend to play with the watch.) The four to six LED lights within each timepiece are good for 10,000 hours and light up for four seconds at a time when activated, which means you can light up your wrist roughly 9 million times—likely, more than you will ever need to in a lifetime unless you are seriously obsessive compulsive.

A pusher on the side of the white-gold case of each timepiece activates the lighting system, which you can feel spring into action on the wrist. The light that shows through the enamel beads—which mark the stars on each zodiac sign—shines for just four seconds at a time. The vibration of a ceramic strip (much like that found in a lighter), beating 200 hertz, lights up the stars. Creating this system was a challenge for Van Cleef & Arpels engineers, because the team had to find just the right balance for the ceramic strip’s thickness—if it was too stiff it bounces back too fast, but if it is too soft it takes too much time. When it’s beating at 200 hertz, it’s so fast it can’t be seen, so the R&D team had to use a high-speed camera that took 4,000 pictures a second in order to make its movement visible to the human eye.

On both the men’s and women’s versions, the enamel bead stars, shaped by hand and mounted on the dial, light up against a midnight-blue Grand Feu enamel background that highlights the constellations. The women’s zodiac figures, however, are more elaborate in their rendering with white or yellow gold, precious stones, and Grand Feu enamel used to bring to life the signs. Using the expertise of the brand’s enameling experts in Van Cleef’s Meyrin workshops in Switzerland, these dials show off what Van Cleef & Arpels does best. The stones and enamel correspond to the four elements to which the signs belong—green tones are used for earth signs like Taurus, orange for fire signs like Leo, and gradations of blue and violet for both air and water signs like Libra and Cancer. Each zodiac animal has been so meticulously considered that even the nuanced expression of their eyes were carefully considered and internally debated.

Van Cleef & Arpels timepieces within its Poetry of Time collection have been outstanding, with stunning and creative ways of thinking of time. Last year, the watchmaker unveiled its Lady Arpels Planétarium (chosen as one of the year’s best timepieces for Robb Report’s Best of the Best), which only slightly differed from the previously released men’s Midnight Planétarium version in its platinum case, diamond bezel, diamond- and gem-encrusted oscillating weight, and smaller size.

Van Cleef & Arpels’s inventive ways of telling time are unlike any other, and the Zodiac Lumineux timepieces will certainly be a fun talking point—if not a star—in any collection. And these are just the beginning of what Van Cleef is capable of creating, their R&D team has been expanding over the years and word has it, more spectacular creations are on the horizon.