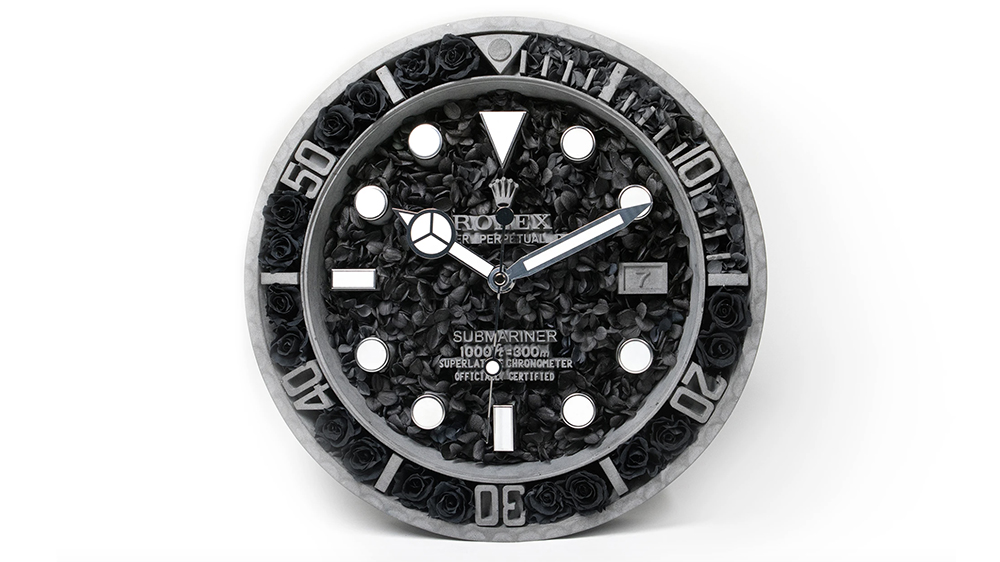 Vase By Su may not be considered the Rolex of vases, but that could change before too long. Especially if the design studio keeps releasing designs like its latest, which just so happens to be inspired by the Swiss watchmaker’s Submariner timepiece.

Having made a name for itself with a series of gorgeously crafted vases inspired by pop culture relics, the brand’s latest attention-grabbing creation is inspired one of Rolex’s most popular watches of all time. But the vase doesn’t just look the part; it actually works.

Dubbed the R.S. 16610, in a nod to the Submariner’s reference number, the vase depicts the timepiece’s famous dial. And this is no loose recreation; it’s an incredibly detailed one, including the hands, date window (set to “7” for good luck) and, of course, the brand’s iconic logo. Framing the dial is a recreation of the watch’s signature ceramic bezel. The space between the bezel and the dial is hollow to make room for your favorite flower. (Vase by Su wisely went with black roses.)

As you might expect from a vase that references the world’s most renowned watch brand, it isn’t just pretty; the  R.S. 16610 is actually a functional timepiece, designed to be hung up on the wall like a clock. Sure, it’s over the top, but what better way to pay tribute to Rolex?  And, hey, it’ll cost you a lot less than a real thing. The price for your very own R.S. 16610 vase? $1,661.00. (See what they did there?)

If the R.S. 16610 impresses you, Vase by Su also makes plenty of other whimsical pieces. In the fall, the studio made new for a series of vases based on iconic items like the Air Jordan 1 and Takashi Murakami’s trademark KaiKai Kiki flower. You can peruse and buy all of the the designs on Vase by Su’s website.