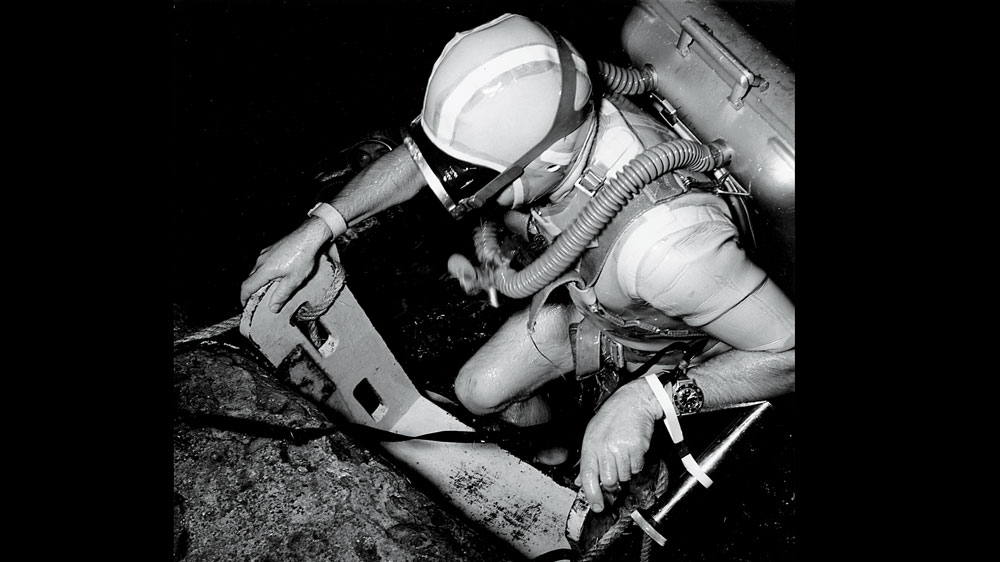 One of the most crowded venues at last summer’s Patek Philippe Art of Watches Grand Exhibition in New York was a room housing Pateks that were owned and worn by major American figures from industry, politics, and the arts during the mid-20th-century golden age of watch collecting. Joe DiMaggio’s 1948 chronograph sat next to other significant pieces owned by various public figures, several of whom were themselves collectors. The interest of the attendees surely must have been piqued by the knowledge that not only are watches of this caliber currently smashing records at auction, but also that vintage watches as a category seem to have entered a new era of acceptance and popularity as both collectors’ items and fashionable per­sonal accessories.

The resurgence of vintage has been fueled in part by the massive purchasing power of the millennial market, which outgrew the baby boomers for the first time last year. Raised in the digital age and captivated by all things retro, bearded bros—from Brooklyn hipsters to Silicon Valley tech tycoons—have bonded over the romantic nostalgia and rarity of old wristwatches at all levels of the market. And unlike their predecessors, these 21st-century enthusiasts are not reliant on so-called experts for advice—they have an entire universe of information at the tips of their thumbs.

“The veil of secrecy that once shrouded the vintage watch world in the past has been lifted back,” says John Reardon, international head of watches at Christie’s. “The sharing of information, courtesy of the digital world, is unprecedented. This influx of information has given power to the people to understand vintage watches. I’ve never seen anything like it in the past 20 years—it is an awakening.”

But while there have been revolutions in access and information to these kinds of timepieces, it is clear that more than mere market forces are at play.

Sacha Davidoff, who teamed up with his brother to establish Roy and Sacha Davidoff, a Geneva vintage-watch business, underscores this attitude. “Millennials grew up in a tech world of ‘disposables’ and this ephemeral environment where phones, cars, and gadgets only last a few years before becoming obsolete,” says the 34-year-old Davidoff, adding that his peers are “crazy” for vintage more so than his older brother’s social circle. “This generation is particularly sensitive to objects that are collectible and something they can hold on to. A vintage watch is a sort of anchor in a fast-paced world.”

But the appeal of vintage is not only emotional. Access to all that information is a valuable investing tool that is expertly wielded to create the most informed collector base in history. “Millennials learned from the previous generations’ mistakes and are much, much more educated buyers,” says Davidoff. “Vintage watches have gotten a ton of attention because the mechanics of the market are very appealing to collectors. There are fewer high-quality vintage watches in circulation and more buyers entering the market. The risk in vintage is a lack of knowledge, which then turns into buying mistakes of watches that have been restored or reassembled.”

Modern pieces may have the technical edge when it comes to reliability and durability as they benefit from the industry’s state-of-the-art technology, but when it comes to the romance and storytelling, as well as collectors’ obsessive pursuit of rarity, they fall short in comparison, even with limited editions. As Reardon puts it, “They aren’t making any more watches from 1956.”

However, modern reissues and re­vamped iconic designs can allow collectors who love a certain style to double down with both the precious midcentury original and the modern-day version. Collectors can save their vintage treasures for special occasions and wear the modern interpretation with heightened shock and water resistance every day.

As the ranks of vintage collectors have swelled, some of the elitist rules of thumb that once guided watch collecting have relaxed to embrace more progressive attitudes. Once, collectors fell into two silos: modern and vintage. Today, those lines are blurring as buyers embrace both worlds. “We’re seeing more of an eclipse of buyers of vintage and modern,” says Friedman, who knows collectors who are as likely to post Instagram photos of their vintage Daytona as they would of their new Audemars Piguet Supersonnerie minute repeater. “Watch collecting is becoming less focused on one particular era and more focused on postwar contemporary art.”

Reardon has also noticed this shift as he goes out to evaluate collections, observing that vintage collectors used to be more focused on a particular brand or complication compared to their modern collector counterparts. “Whether it’s five or 100 pieces, there is almost always a mix of modern and vintage together,” he says. “You see a cross-section of pieces from the 1930s and ’40s through pieces made last year. These hybrid collections are the norm rather than the exception now, whereas 10 years ago it was very much the exception to see someone combine old and new.”

Alfredo Paramico, a Miami-based investment banker and collector turned watch dealer, claims to have always kept an eye on both sides of the market. “I have always had a parallel approach, even today,” he says, noting that his interest in contemporary pieces is focused on high-profile brands like Patek Philippe, Rolex, Audemars Piguet, Breguet, and Hublot, while he has been “shy” when it comes to small, independent producers. But he has evolved his attitude when it comes to complications. “I think any collector starts with the desire to own watches with complications,” he explains. “Over time, I understood that the beauty and the importance of a watch is not given by the number of complications. For example, I consider a Patek Calatrava from the ’40s with a very rare and particular dial more important than a chronograph perpetual calendar.”

As supply dwindles and prices climb, younger collectors are also more open to discovering previously unheard-of and long-defunct brands at more approachable price points, such as Universal Genève, Enicar, and others. While some designate a specific grail watch, such as a second-series Patek Philippe Ref. 2499, others simply want to find the best-quality 1940s chronograph that is out there, regardless of the name on the dial. “In that case, it opens the door for quality, condition, and originality,” says Reardon. “Those are defining factors that are more important than brand in many cases, especially in the under-$5,000 range. It’s more about capturing the look and originality than the brand or the function.”

For those entry-level collectors, the goal is to wear a unique piece of history on their wrists while the latest-generation iPhone sits in their pockets. “We live in a world where everything is soulless,” says Aurel Bacs, founder of Bacs & Russo, the watch department at Phillips auction house. “The cars we drive are absolutely perfect, but they don’t smell like the cars of our fathers and grandfathers anymore—they don’t make noises anymore. In a world that has no soul, we are looking for a soul to give us stability, story, and the heirloom factor. So the vintage watch responds very well to a society—particularly a young society—that hasn’t had that yet.”