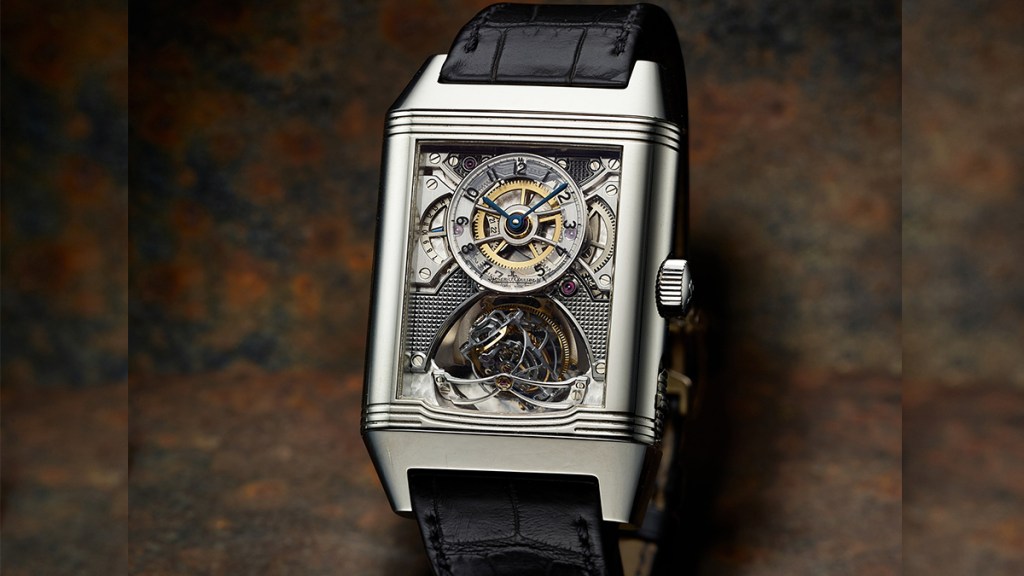 The New York wristwatch auction season is upon us, and while Paul Newman’s very own “Paul Newman” Rolex Daytona 6239 continues to dominate the headlines, there are several other heavyweights to consider. Today we’ll take a look at two “new vintage” giants that share a similar gravity-defying complication, but are executed very differently.

First up is the Philippe Dufour Duality, featured in the Phillips inaugural New York watch auction: Winning Icons – Legendary Watches of the 20th Century on October 26th. The auction will feature the aforementioned Paul Newman and a host of other gems, but it’s the Duality that has us very excited. This excitement is shared by Paul Boutros, Head of Americas for Watches and the  International Strategy Advisor for Phillips, who describes the lot as “the most important watch of the late 20th Century”.

What makes the Duality so special? You might remember the watch from the recent list of Top 6 Sleepers, where we mentioned that it is a masterpiece of finishing, regulated by two balance wheels, driven by a differential the size of a matchstick, and limited to only nine pieces.

What we didn’t mention is that Philippe Dufour is one of the greatest watchmakers alive today. It is easy in today’s industry to place his watches on the same shelf as many other ultra-high-end or independent watchmakers: today there are a large handful of watchmakers realising their own creations with little emphasis on containing cost or feeding demand, and there are a handful of watches available with two balance wheels, four wheels, or even tourbillons. But Dufour was among the first watchmakers to step away from the shelter of a big brand and make his watches his way, and the Duality was the first ever wristwatch with two balance wheels.

As with the tourbillon, the dual escapement pocket watch was the brainchild of Abraham-Louis Breguet. The purpose of the complication is something of an insurance policy against gravitational rate errors; the differential effectively averages out the rates of the two balances, which will both respond to the position of the watch in their own way. By 1996 the dual escapement concept had become confined to history and was only appreciated by the most technically minded horologist and historian. Nevertheless, Dufour set out to produce 25 of the first ever dual escapement wristwatches.

But by the time Dufour had created nine his capacity was swept away by the popularity of his other models, the Simplicty and the Grande et Petite Sonnerie, so much so that he ceased production of the Duality and has never returned to it.

As a consequence, the Duality is one of the rarest and most important independent watches today. Of the nine watches, only No.00 has been available for sale; first through Christie’s in 2007, and now it can be yours if you can keep your paddle up this October in New York.

When you take the concept of a gravity defying escapement like the Duality and flip it on its head you get the Jaeger-LeCoultre Reverso Gyrotourbillon 2, (which we’ll henceforth refer to as simply “the Gyrotourbillon”) featured in the Heritage Watches & Fine Timepieces Signature Auction on October 24th. Jaeger-LeCoultre is a large, historic, Richemont-owned, in-house manufacture and the Gyrotourbillon is among the least conspicuous gravity-defying complications ever imagined. Housed in a 15.8mm thick and 55mm long reversible platinum case, the Gyrotourbillon  would fully eclipse a 34mm Duality, but aside from the additional 24hr register and power reserve indicator the two watches seek to mitigate the same performance risk.

The Gyrotourbillon  is limited to 75 pieces and designed with the help of master watchmaker Eric Coudray, who has since taken his multi-axis experience to Cabestan. The 373-part movement is animated by a large double-axis cylindrical hairspring tourbillon. Its outer cage rotates once every 60 seconds, and the inner carriage completes a revolution in just 18.75 seconds. In doing so, the regulator doesn’t spend enough time in a single position to suffer the accumulated errors of that position. A different approach, but the same issue (gravitational/positional error) tackled by both the Duality and the Gyrotourbillon.

Produced in 2009, the Gyrotourbillon is among the newest of “new vintage” watches, but its dominant presence and exceptional complexity has surely muscled its way into the small club of truly iconic and unmistakeable watches of the 21st Century.

We expect that two very different collectors will emerge as the successful bidders on these two lots. The former will likely favour the “sleeper” watch and the horological story that a watch tells, whereas the latter will be looking for the watch that immediately draws breath from all that cast their eyes upon it regardless of their horological sophistication.