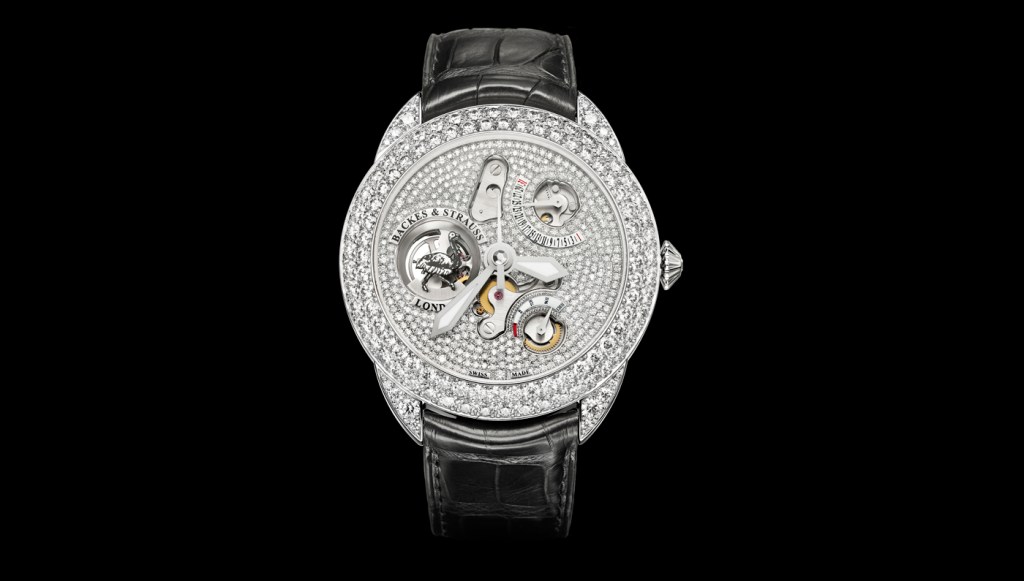 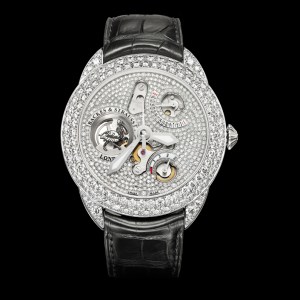 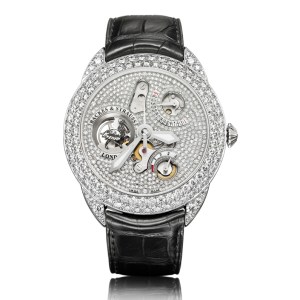 A timepiece worthy of the most titled nobility, the soon-to-be-released Earl of Strauss from Backes & Strauss adds to the brilliance of its Franck Muller-designed movement with a deluge of diamonds. In total, 677 polished presentations of the round-cut stone grace the watch’s case, crown, dial, bezel, bridge, buckle, and even its partially skeletonized horologic heart.

The Earl of Strauss pays tribute to Backes & Strauss cofounder Max Strauss who helped solidify the world’s oldest diamond company (originally established by Georg Carl Backes in 1789) when he joined in 1856. The jewelry atelier’s ostrich logo on the balance wheel adds a further nuance of its namesake (“Strauss” is the word for the bird in German). Also visible on the dial is the calendar function at 2 o’clock and the power reserve indicator fixed at 4 o’clock.

Now a business component of the Franck Muller Group, Backes & Strauss remains boutique in its creative approach and will produce only 25 examples of the watch. Available at the end of December, each timepiece will be priced at about $98,000. (backesandstrauss.com)