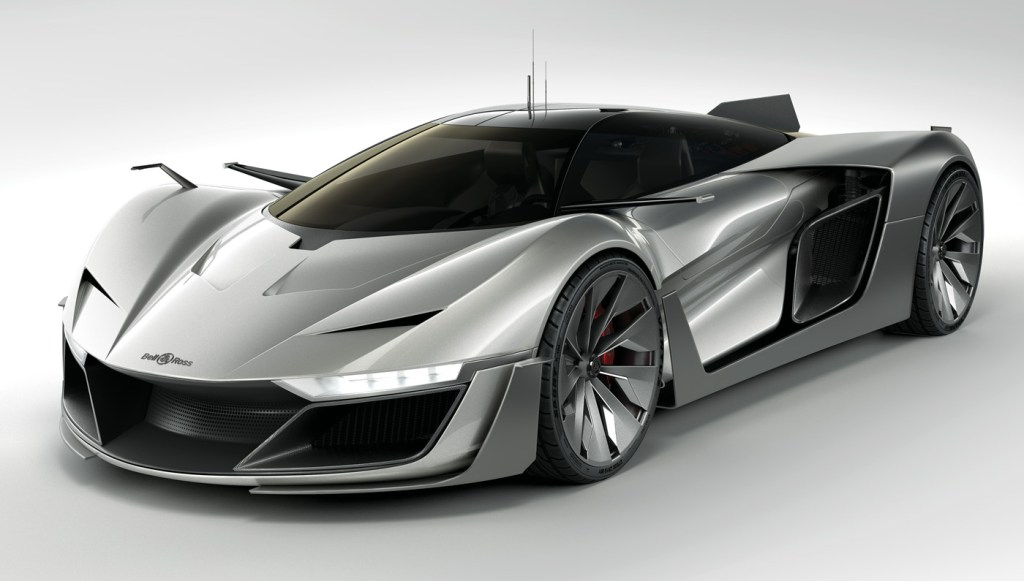 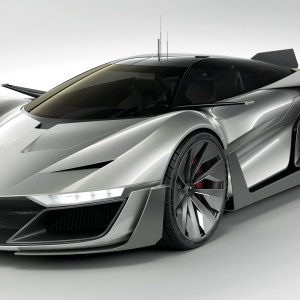 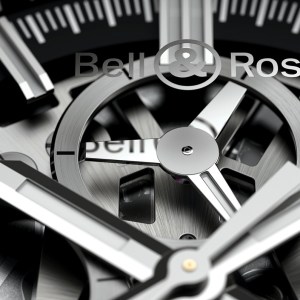 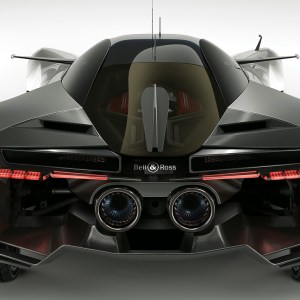 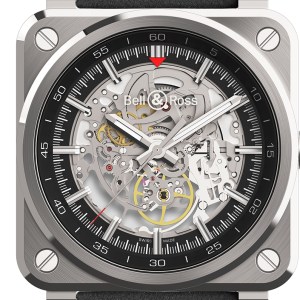 The AeroGT is no ordinary vehicle. With an ultralow 43-inch profile, the carbon-fiber sports car is intended to cruise at 190 mph. It’s also unconventional in another respect: Conceived by a watch designer as inspiration for a couple of new timepieces, it does not exist except on a computer.

Bruno Belamich readily admits that automotive engineering is outside his expertise. Even while studying industrial design in the 1990s, his focus was on horology. For his graduation project, he proposed a new watch brand that he called Bell & Ross. He has been running the brand with business partner Carlos Rosillo ever since.

Nevertheless, Bell & Ross has had a connection to high-speed vehicles from the beginning. Initially the company collaborated with Sinn Uhren—a German manufacturer specializing in chronographs for pilots—rebranding Sinn’s tool watches for distribution in France. French customers were swiftly won over by the unabashedly functionalist aesthetics, a consequence of Belamich’s focus on professional utility. (His early designs were adopted by the French air force and bomb squad, as well as by traveling fashionistas.) With heavy investment from Chanel, Belamich and Rosillo were able to start manufacturing their own watches in La Chaux-de-Fonds, Switzerland, and to elevate Belamich’s functionalist principles to their present level.

“I never begin with a blank sheet of paper,” says Belamich. “I am not an artist. I start with the needs of pilots or divers or other professionals. I talk to them, and most of them will say ‘I need reliability and visibility’ and maybe they’ll call for a specific bezel. I take those constraints and design to answer their needs.”

Finding answers, for Belamich, is less a matter of originality than diligence. He is up front about searching for solutions in old watch catalogs. “Most of the answers we are seeking already exist because past designers had to address the same questions,” he says. The old catalogs have also helped Belamich to refine the company’s identity. “We are a young brand,” he explains. “We take our essence from the history of military and aviation watches.”

Most literally, Bell & Ross has done so through the Vintage line, which in­cludes Belamich’s interpretations of wristwatches from both world wars, and even an “aviation-type” pocket watch from the first decade of flight. More allusively, Belamich has derived models in his Aviation collection from midcentury dashboard instruments. These aesthetics are timeless for the same reason that a Boeing 747 still looks modern. “The plane was designed by engineers who didn’t care about style,” he asserts. He aspires to this technological sublimeness. “My design is mathematical,” he explains. “There must be only one answer.” Bell & Ross will have succeeded, he believes, if another industrial designer emulates what he has done.

The challenge, then, is to find stimulating new questions—like how to design a watch for the imaginary pilot of a concept vehicle. Belamich did so in 2014, working with the British motorcycle builder Shaw Speed & Custom on transforming a Harley-Davidson into the “Bonneville Rocket.” The B-Rocket took inspiration from the vehicles that achieved land speed records on the Bonneville Salt Flats in the 1960s, a vision Belamich supplemented with design cues from aeronautics. “It was a neo-retro bike designed for a mythic pilot,” Belamich says. He treated this pilot as a client for a couple of watches that fit the mythic context: two timepieces to complement the B-Rocketeer’s uniform. (One reinterpreted the speedometer of a ’60s racing bike as a chronograph, and the other reinterpreted the odometer as a double-disk big date.)

The new AeroGT has presented an even greater challenge. Although the car doesn’t physically exist, Belamich was emphatic that every aspect of his design be completely functional and that the vehicle be totally buildable. “It was important to me that the car integrate the utilitarian DNA of the brand,” Belamich says. “This is a GT sports car, so the first need is to be fast, to be aerodynamic like a plane.” Consulting with car designers and engineers, he was able to develop a design that not only had a jet’s aerodynamics but also—like the B-Rocket—gave new functionality to details borrowed from aviation. Ultrathin side mirrors resemble the forewings of a fighter jet, and a longitudinal aileron at the rear has the look of a plane’s tail. Together these details contribute to the vehicle’s estimated 190 mph speed by decreasing air friction and increasing stability.

The Belamich-designed watches—the BR03-92 (a skeletonized three-hander) and the BR03-94 (a skeletonized chronograph)—recapitulate the AeroGT, but not literally. “A car is not like a watch,” he notes. “A watch doesn’t need to be aerodynamic. A watch that looks like a small car on your wrist would be a gimmick.” Instead, Belamich has emphasized the functional needs of a timepiece, taking inspiration from classic GT dashboard instruments for watch dials that employ red accents for legibility. On the chronograph, red is also used to accentuate the start/stop pusher, a functional touch that will undoubtedly be helpful to the AeroGT pilot if ever the car gets built.

Not that Belamich is in a rush to drive it. Utilitarian that he is, he is wary of getting stuck in traffic. “In Paris,” he remarks, “it’s better to go by subway.”