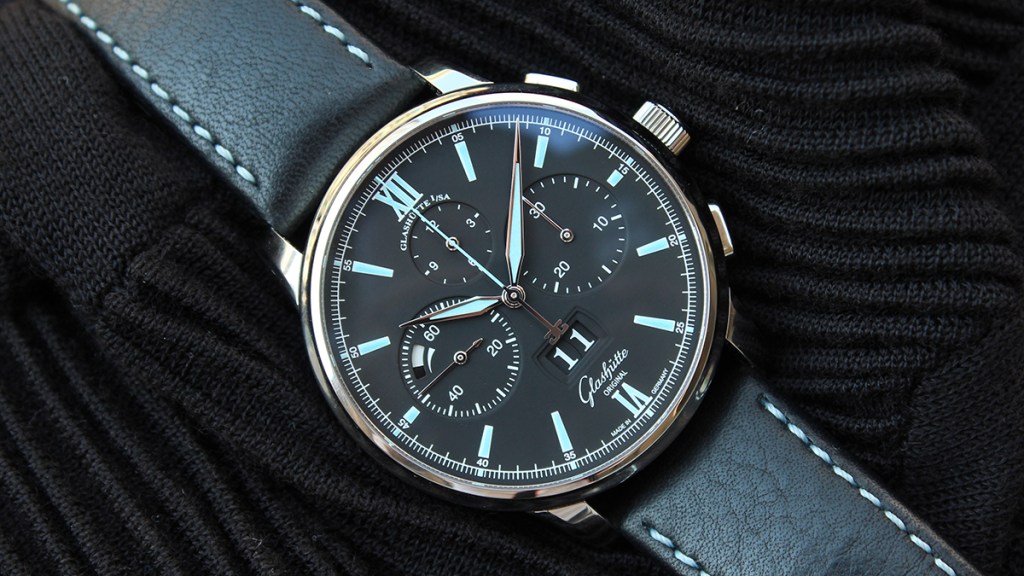 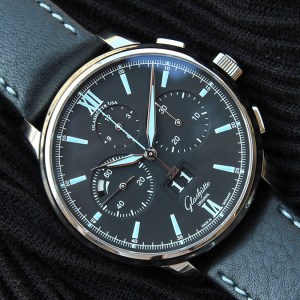 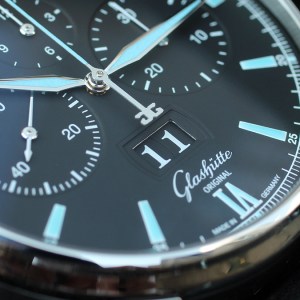 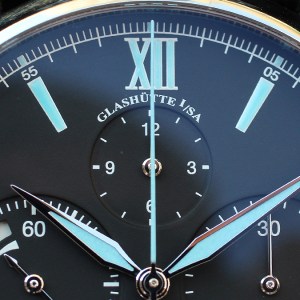 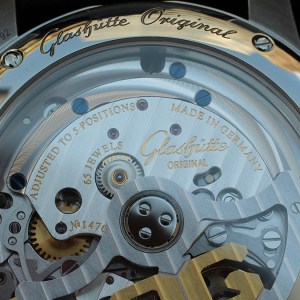 Glashütte Original has long been a lesser-known gem of the watch industry, though the brand is looking to elevate its visibility with the unveiling of their latest version of the Senator Chronograph Panorama Date ($14,900). The watch, now paired with a steel case, has been given an updated color palette and a somewhat more casual aesthetic for 2017, and in the halls of Baselworld, first impressions were resoundingly positive.

For years, we’ve admired Glashütte Original for its impeccable level of finishing; the company creates its movements, dials, and a number of other components entirely in-house. By slightly loosening its grip on the staunchly conservative design approach prevalent in the German watchmaking region, Glashütte Original could potentially tip the scales closer to mass appeal. This, of course, makes the new Senator worthy of closer inspection in our latest edition of Watch of the Week.

Compared to the platinum and red gold variants of the Senator Chronograph Panorama Date that launched in 2014, the new steel edition has a much more casual—perhaps even youthful—appearance, without straying from the brand’s inherently conservative DNA. An application of soft blue Super-LumiNova on its hands and indices provides ample contrast with the varnished black dial. Light blue stitching on its black calfskin leather strap matches the dial combo nicely as well.

Unlike most common three-register chronographs, Glashütte opted to position its subdials at 9, 12, and 3 o’clock. While this configuration seems a little out of place at first, it becomes familiar in a hurry and has little to no impact on the chronograph’s legibility. Given the significant size of its subdials and oversize date window, the piece is actually one of the more legible chronographs we have examined recently (other than the Fabergé Visionnaire Chrono and Singer Track 1, which use an innovative central chronograph configuration).

Glashütte Original’s in-house manufactured 37-01 automatic caliber is no slouch in the specs department, as one would expect. A 12-hour totalizer chronograph, large date, and power reserve indication are all packed into the 8 mm-thick caliber, which hums away at 4 Hz (or 28,800 vibrations per hour).

The beautifully finished caliber—visible through a sapphire exhibition caseback—offers a reasonable 70-hour power reserve, which is barely visible when full, as its indication is color-matched to the dial. The whiter it appears, the lower its reserve. The pusher action of the column-wheel chronograph mechanism is firm without being unreasonable.

Here’s where the new steel chronograph ticks all the right boxes. Measuring 42 mm and featuring no-nonsense design, it easily tiptoes from casual to formal situations. Its case is a bit too thick to pull off under a cuff when sporting a suit and tie, but when talking business casual (or even full blown weekender casual) the piece is a perfect companion. By day, we’d recommend pairing with this Seersucker shirt by Eton, and when off the clock, just about any casual polo-and-shorts combo that matches well with these Berluti Sneakers should do the trick.

The new Senator Chronograph Panorama Date is destined to hit U.S. retailers by July, and will be offered on a leather and rubber strap for $14,900, or on a steel bracelet for an additional $1,500.