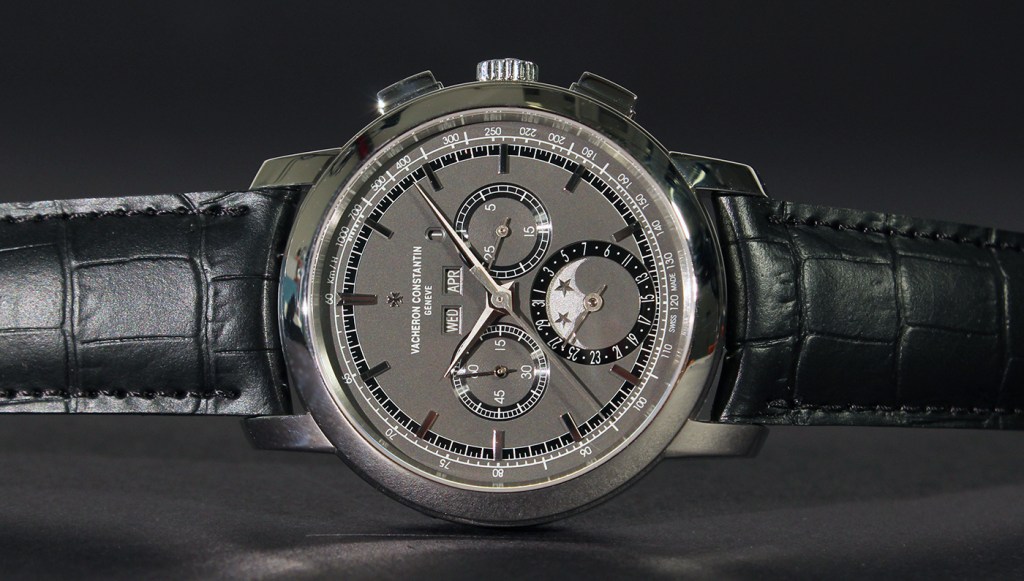 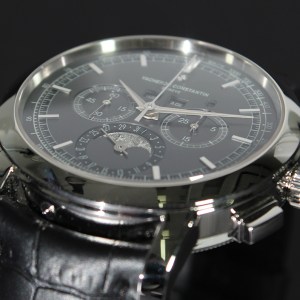 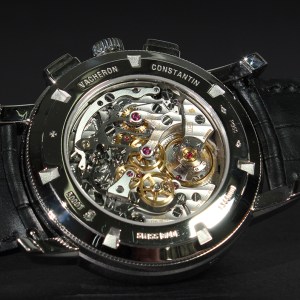 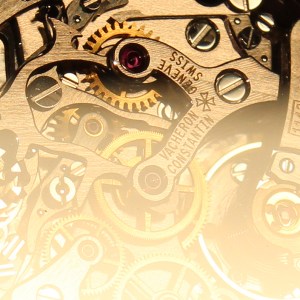 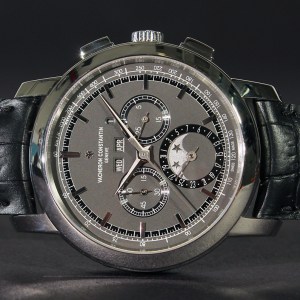 Few brands pay such close attention to their history as Vacheron Constantin, so when the Traditionnelle Chronograph Perpetual Calendar went under the knife for its latest refresh, we knew it wouldn’t be created from scratch. With subtle yet noteworthy design changes at both the technical and visual level, the platinum-cased darling remains one of the most impressive wristwatches of the brand’s relatively broad collection. Earlier this year, we spoke with Vacheron’s artistic director Christian Selmoni about adapting the company’s design direction to market changes, so we thought the newest Tradionnelle would be a perfect tangible example of his efforts to bring into the office for closer examination.

At a cursory glance, you could almost mistake this slate gray perpetual calendar for its 2010 forbearer. Its indices and dauphine hands remain unchanged, as do its darker gray minute track and the date track of the subdial at six o’clock. Its case, pushers, and crown are also business as usual. The most apparent visual change is the switch from white disks (which many critics found distracted from the piece’s sleek black and gray palette) to black disks for the day, month, and leap-year indicators. You’ll also notice that its subdials are now match the color of the dial, and a tachymeter scale has been added to the outer perimeter of its dial. This final detail adds an odd sense of completeness to the perpetual chronograph’s design, one that you wouldn’t even have known was lacking the previous version, but in examining the two side by side, the addition is both warranted and welcome.

Vacheron’s Caliber 1142 QP saw a couple of noteworthy changes over the outgoing 1141 QP, though it’s the “why” more than the “what” that is most interesting. Rather than oscillating at 2.5 Hz (as it has in past versions), the piece now runs at 3 Hz, or 21,600 vibrations per hour. Details have been challenging to pin down; effectively, the origin of the base caliber comes from a Lemania design, however Vacheron Constantin does produce each component themselves. This base caliber is then mated to a perpetual mechanism entirely designed and manufactured by Vacheron, earning the company the full right to refer to the 1142 as an in-house manufacture movement. In changing its running frequency, the base caliber has been extensively modified and nominally trimmed down to a thickness of 7.37 mm. Functionally, the 1142 is entirely business as usual, but the edits to inner workings please our inner horology geek.