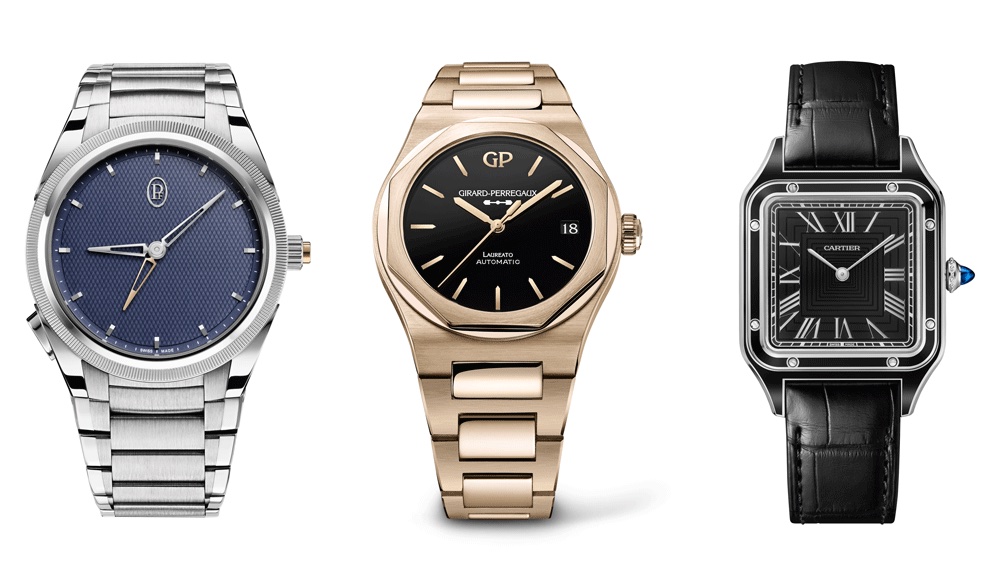 For luxury watch buyers keen to get their hands on a new-ish sport watch from a coveted maker, there’s good news and bad news. First, the good news: Secondary market values for the hottest models—say, the Rolex Daytona, the Patek Philippe Nautilus and the Audemars Piguet (AP) Royal Oak—have been falling since April, sometimes by as much as 40 percent to 50 percent.

Now, the bad news: By all accounts, the correction has had little impact on the availability of those models at retail.

“I had several people messaging me saying, ‘I heard values had fallen—does that mean you guys are getting a lot more watches?’” Nick Boulle, president of the Texas-based luxury watch retailer de Boulle, with stores in Dallas and Houston, tells Robb Report. “And the answer is no.”

While the declines in the re-sale market may suggest flagging demand, practically every retailer we spoke with described the correction as good news for the industry. “The secondary market had no business being where it was,” Leon Adams, president of Cellini in New York City, tells Robb Report. “It was a lot of hype and inflated prices. The adjustment there is necessary and I expect it to continually come down over the next six months.”

In fact, demand for Rolex, Patek and Audemars Piguet remains so high at retail that buyers are still flocking to their authorized dealers to purchase alternative brands and models that scratch much the same itch. The trickle-down phenomenon has created a run of its own—on timepieces that, as recently as 2021, still flew under the radar.

In an effort to find out which models are striking a chord with luxury watch lovers, we asked five retailers around the country one question: What’s the hottest watch you sell that’s not a Rolex, Patek Philippe or Audemars Piguet?

Below, you’ll find their answers. They range from obvious contenders, such as Girard-Perregaux’s Laureato, which has a similar 1970s heritage as the most in-demand models on the market, to pieces by boutique brands with minuscule productions. The quality they all share in common? A dispiriting lack of availability.

“When it comes to managing expectations, the best thing we can do is be honest with people,” says Boulle. “A lot of successful people don’t like the word no. The biggest issue is communicating accurately what production looks like for a lot of these brands, to try and give some scale. Once people have scale, it maybe helps them understand that we are in the business of selling. And I wish I had more to sell.”

“People might be challenged in getting a Rolex or Patek Philippe on their wrist. But also, there are a huge amount of collectors that are researching and looking for something that speaks to them. Not everybody’s going to drive a BMW or Ferrari—there has to be something else. And some of these smaller production watch brands—the history has spoken to people, the look has spoken to people, they want something different.

Certainly, the Laureato from Girard-Perregaux has spoken to people, and seen a big increase. Because it’s a wearable piece. It lends itself to many different occasions. It looks good with everything from jeans to a suit, and there are a bunch of different options, whether you want a rubber strap or a rose gold bracelet, steel or ceramic.”

The other one that’s done well for us is the Blancpain Fifty Fathoms Bathyscaphe— especially the green ceramic version.”

“There are several brands that we carry that are always sold out, including Gröenfeld, Kari Voutilainen, De Bethune and Urwerk. All models are in high demand, with nothing available to sell.

And then there are brands with certain models that are not available, including C by Romain Gauthier; the Titanium Sport by Laurent Ferrier; the Streamliners three-hand, Perpetual and chronographs by H. Moser & Cie.; the Laureato three-hand and chronographs by Girard-Perregaux; the LM 101, LMX and the LM Perpetual EVO by MB&F; and the Antarctiques by Czapek & Cie.”

I expect the demand for these watches to stay consistent at least through the first half of 2023.”

“Most of our established independent brands have very few to no new watches in stock. Brands like MB&F that allocate production of their most popular models years in advance have several years already spoken for.

Others, like Urwerk, that like to drop new models by surprise, are sold long before they reach the store. We find that watches from companies like Greubel Forsey and Laurent Ferrier have a much higher demand today than ever before, particularly for their most modern designs.”

“We’re doing incredibly well with Tudor. The entire collection—the Pelagos, the Black Bay, everything Tudor—is hard to keep on the shelves. Omega is on fire—Speedmasters, Aquaterra, everything. Cartier for us has been phenomenal, especially gold watches.”

“The Cartier business has increased because the product has become more available. They had shortages during Covid and now we’re getting more models from them. The one watch that’s really picked up for us, as an alternative to Rolex, Patek, and AP, is the Cartier Santos.

The Panerai Submersibles—they came out with a 42 mm watch this year and that’s doing extremely well. The Parmigiani Tonda last year was very difficult to get. And Moritz Grossmann—we can’t keep any in stock. It lends itself to that collector looking for a more obscure boutique brand who missed out on F.P. Journe and wants something that resembles it, from fine craftsmanship to skilled manufacturing. They don’t want to miss out again. And we’ll push into that ourselves over the next year or two because it’s an opportunity to give our clients unique and unusual pieces.”