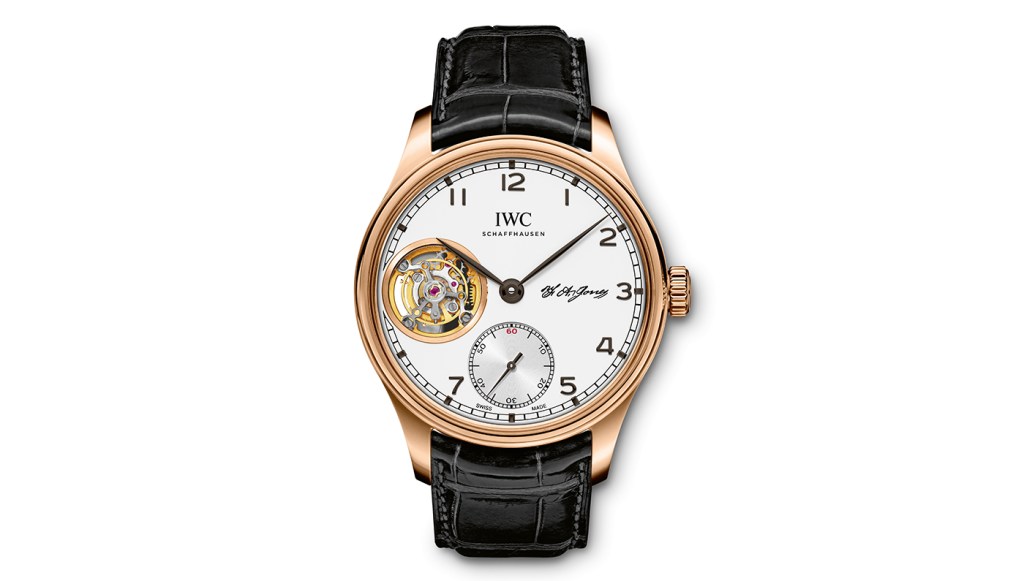 The new Portugieser Tourbillon Hand-Wound Edition “D.H. Craig USA” from IWC Schaffhausen is not, as its name implies, a tribute to D.H. Craig. Rather, the limited-edition timepiece—exclusively available in the United States—pays homage to the brand’s New Hampshire–born founder, Florentine Ariosto Jones, whose pioneering decision to bring the American system of watchmaking to the Swiss-German city of Schaffhausen in 1868 gave the International Watch Co. (IWC) an important mark of distinction. Daniel Hastings Craig, a newsman from New England, was the brother of Jones’s mother, Lavinia, and is thought to have supported his nephew financially. The Jones 2N Pattern H pocket watch caliber that inspired this limited edition bore the inscription “D.H. Craig New York,” which was likely Jones’s way of showing his gratitude. With this year marking the centenary of Jones’s death, IWC opted for an equally magnanimous gesture to honor him.

How It Looks: The D.H. Craig USA edition is housed in a 43 mm 18-karat red-gold case from IWC’s iconic Portugieser line, which began in 1939 when the company satisfied a request from Portuguese dealers for a series of large wristwatches with high-precision pocket watch calibers. It features a silver-plated dial bearing Jones’s signature and comes on a black alligator strap made by the Italian shoemaker Santoni.

How It Works: The hand-wound, in-house caliber that powers the movement boasts a 54-hour power reserve; a flying minute tourbillon that counters the effects of gravity; and a frequency of 28,800 beats per hour, ensuring a high degree of precision.

How to Get It: Available in a limited edition of just 27 pieces—representing Jones’s age when he founded IWC—the $57,000 model comes with a numbered passport holder (also made by Santoni), as well as a copy of the book F.A. Jones: His Life, Legacy and Watches. As part of the launch, IWC has partnered with the organization Save America’s Clocks to support the restoration of a historic street clock in New York City. (iwc.com)