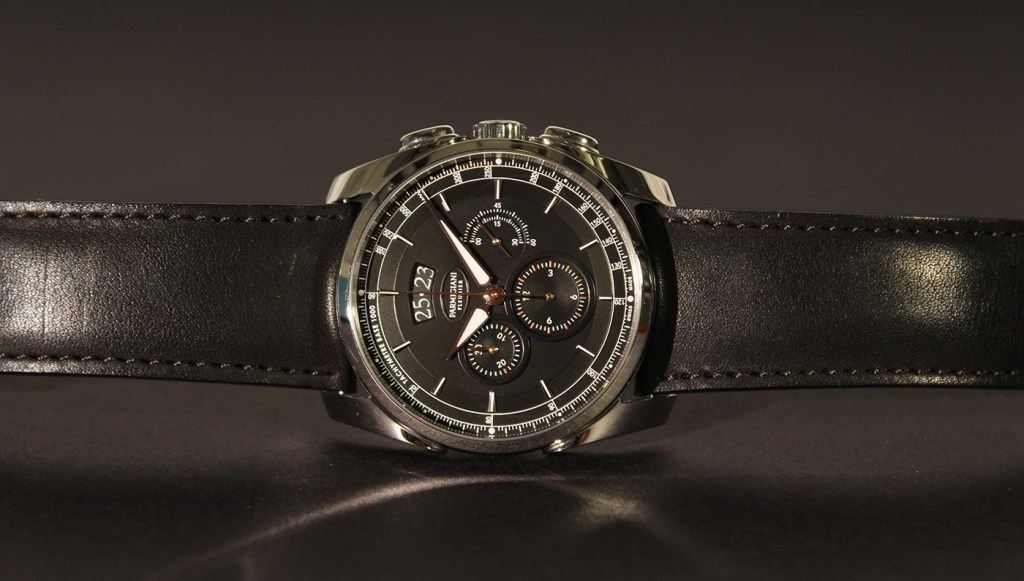 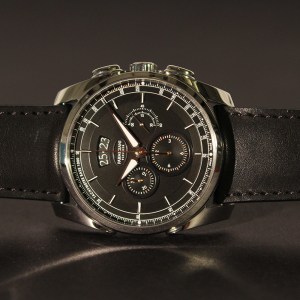 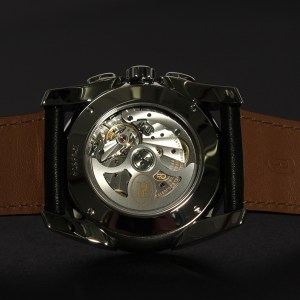 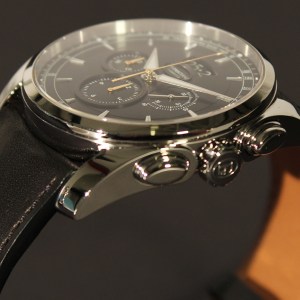 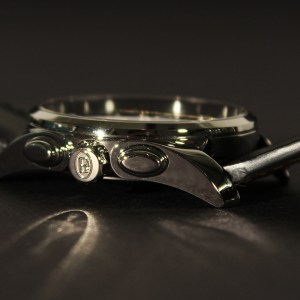 The new Tonda Métrographe has arrived, and yes, it’s just as impressive as we had speculated prior to our initial viewing at SIHH. Parmigiani Fleurier’s manufacturing prowess and elegant design has always kept them at the front of our minds when talking fine watchmaking, and when the steel-cased Tonda Métrographe debuted in 2014, we were thrilled to see the brand offer up its own contender in the highly competitive segment. This latest version boasts a more understated and highly legible dial as well as a few other faint tweaks to ensure it can compete with the likes of Jaeger-LeCoultre, Piaget, and other contenders in the (relatively) affordable category.

Of the changes seen in the latest Tonda Métrographe, its elegant new dial configuration is by far the biggest talking point. It now features a tachymeter scale; its date window has been repositioned to 12 o’clock; and most interestingly, a double-hand semicircular running-seconds subdial has been incorporated at 3 o’clock. These latter two elements play a crucial role in providing the piece with improved balance and legibility in addition to giving it a slightly dressier feel than its predecessor. The use of rose gold for the seconds hand and the indices and hands of the chronograph subdial on the black-dial version (pictured above) is another interesting touch that can be tricky to pull off. Two-tone watches have been making a strong resurgence lately, and the faint touch of gold against Métrographe’s steel case works surprisingly well overall. Though the case’s design remains effectively unchanged for 2017, its thickness has decreased nominally (by half a millimeter to be precise) to 11.7 mm. The relatively svelte case is a modest 40 mm in diameter, which only adds to its overall versatility as a daily-wear piece.

At a technical level the Tonda Métrographe remains unchanged. Powered by Parmigiani’s PF315 self-winding caliber, whose base movement is developed and manufactured in-house and then fitted with a Dubois Dépraz chronograph module, the Métrographe beats away at 28,800 vibrations per hour and offers a reasonable 42-hour power reserve. Although there is an ever-growing demand for in-house calibers in the watch industry as of late, the Dubois Dépraz module is more than up to the task and allows Parmigiani Fleurier to keep the price of the piece more competitive than it would be if developed with a fully in-house chronograph movement.

In its black-dial-on-black-strap configuration, the easy answer is “with everything, all the time”. The Métrographe is beyond versatile, and unless you’re heading to the gym, the beach, or the tennis court, it will be a welcome addition to any wardrobe selection. The slim case will easily tuck under a shirt cuff and impress in the boardroom just as well as it will help you track how long your steak has been cooking this grilling season. If you are headed out in the sun, these new custom sunglasses from Dita would complement it perfectly. For married men, the faint touch of gold used on the chronograph means it won’t even clash with your gold wedding band, in case that was a point of concern.

The new Tonda Métrographe is expected to become available in Parmigiani’s fairly extensive North American retailer network (as well as at their flagship boutique in Miami) as early as next month. The watch is available in two configurations—a white-dial version as well as the black variant shown—and comes on either a supple calf-leather strap ($11,500) or a bracelet ($12,000). Given the very modest premium on the steel bracelet, it would certainly be our personal choice of the two. (parmigiani.com)