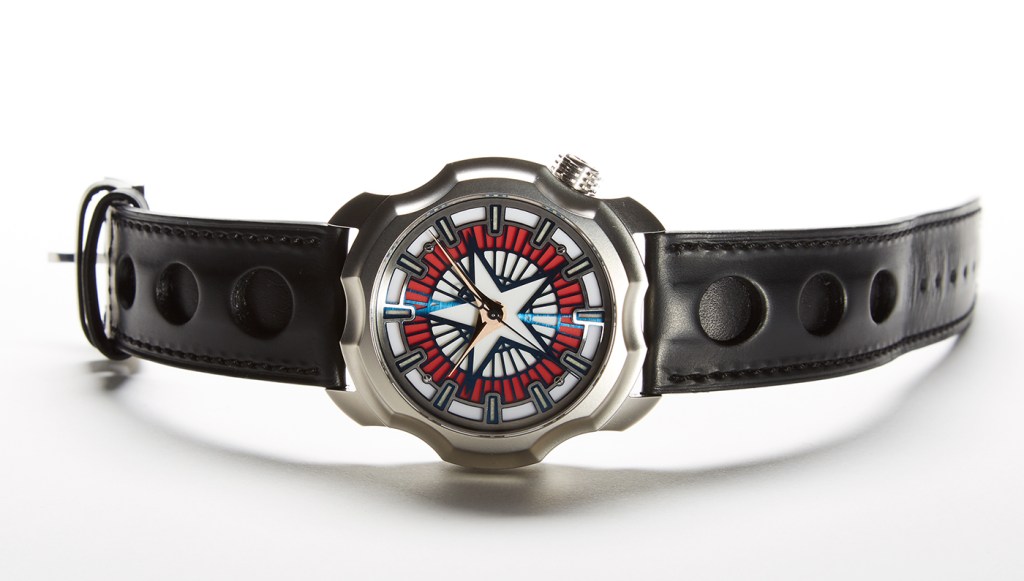 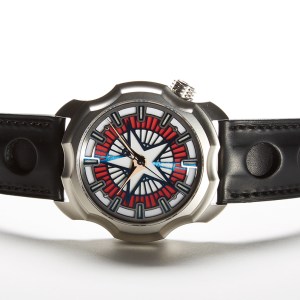 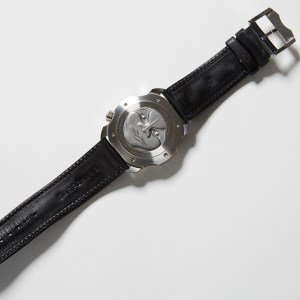 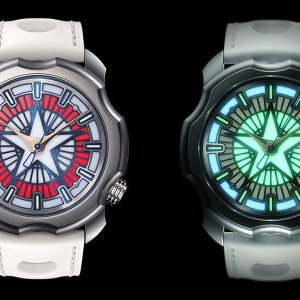 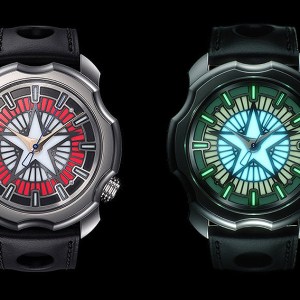 A stripped kick-starter pinion on an old Harley-Davidson Shovelhead engine and an obsession with working on motorcycles and classic cars are not the traditional inspirations that give birth. That said, Sarpaneva Watches is far from your average watch brand, and its new timepiece—aptly named the Korona K0 Daredevil Dawn—pays homage to that spirit of fearlessness that compels one to strike out on his own.

Unlike the so-called heavy hitters of modern independent watchmaking—MB&F, Urwerk, Richard Mille, and the like—Sarpaneva is a name that is unfortunately seldom heard outside of the most hardcore watch-collecting communities. Stepan Sarpaneva’s family was deeply entrenched in the jewelry business during his youth, and it wasn’t long before he made the jump into the world of watchmaking, studying at both the Finnish School of Watchmaking and the Watchmakers of Switzerland Training and Education Program (WOSTEP). Before opening the doors to Sarpaneva Watches in 2003, Stepan worked for a number of high-caliber watch brands including Piaget, Parmigiani, and Christophe Claret. After 14 years, Stepan continues to launch new timepieces that are bold and outspoken, all while paying proper homage to his roots. Each watch stands true to his “not for everyone motto,” and above all else, could never be mistaken for the work of another. Limited to only 20 examples in each of its two dial configurations—Dawn and Dusk—the Sarpaneva Daredevil isn’t going to sing to everyone, but that’s part of the appeal.

As with past creations from Sarpaneva, to call the design of the Daredevil elaborate would be an understatement. The first two dial layers are made of precision-cut skeletonized stainless steel, with the second treated in a vibrant shade of blue diamond like coating (DLC). Below this lies a three-segment base plate of remarkably bright Super LumiNova supplied by RC Tritec AG. This heavy application of luminous material will ensure that the Daredevil will remain easy to read no matter where your day takes you—so long as it has seen a bit of light beforehand. Some would argue that there is a pretty obvious Captain America vibe to the dial’s red, white, and blue color scheme with a central white star, however given Stepan’s love of motorcycles and Americana, the design is in fact a nod to the legendary Evel Knievel rather than the Marvel superhero.

The case of the Sarpaneva Daredevil is effectively the same as the ones seen in other recent releases from the brand including last year’s Korona K0 Seasons and the Korona K0 Northern Lights. Unlike past examples, the case of the Daredevil has a matte bead-blasted finish that is well suited to the balance of its design. Its caseback features Sarpaneva’s signature moon-face relief—a nod to the early days of traditional pocket-watch adornment that has long been a trademark of Stepan’s work.

As in years past, Stepan continues to use a modified version of Soprod’s A10 automatic movement in this latest release. The tried-and-true Swiss workhorse has a 42-hour power reserve and ticks away at 28,800 vph. If this were a more conventionally designed watch from a more mass-market brand, there might be some consternation at the fact that the three-hand, $10,000 watch does not feature an in-house movement, but in the case of Sarpaneva’s creations, the intricately detailed design and sheer man-hours required to create such a unique piece easily justify the fact that it is powered by a supplied (albeit modified) caliber.

So long as the wearer is not afraid of being noticed, the Daredevil is another surprisingly versatile piece. On paper, one would suspect that its 46 mm case diameter would mean that it wears quite large on the wrist, however this could not be further from the truth. Its short lugs prevent any unsightly wrist overhang, and at 11.2 mm thick, the Daredevil can just barely be tucked under a shirt cuff. While we primarily photographed the prototype of the Daredevil’s Dawn variation on a black leather strap, this version of the watch will also be sold with a crisp white rally strap that makes a much more bold and in-your-face statement. The Dusk variation swaps the bright blue dial details for a dark gunmetal shade of gray and also comes with a black or white rally strap.

The first few examples of the Daredevil are just going on sale in the United States through Martin Pulli in Philadelphia as well as a few other select retailers. The new release can also be purchased directly through Sarpaneva. Priced at $10,000, examples of the Daredevil Dawn and Dusk—each limited to 20 pieces—will be built on an on-demand basis. (sarpanevawatches.com)