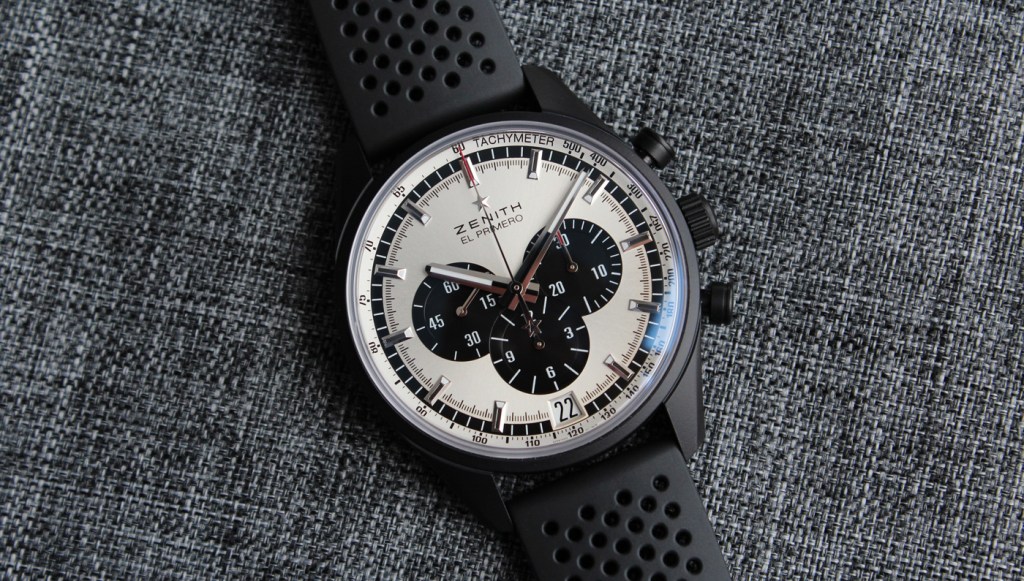 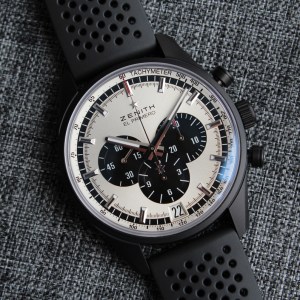 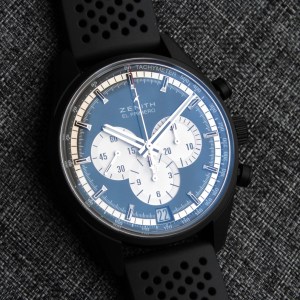 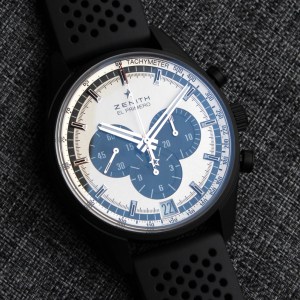 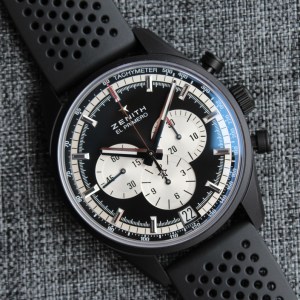 As we mentioned in our recent coverage of the new Heritage Pilot Extra Special Chronograph in bronze, Zenith has been on a bit of a roll with its new 2017 releases. The brand unveiled two new chronograph models in Geneva outside of the halls of SIHH in January, the El Primero 36’000 VPH “Panda” and “Reverse Panda,” which became stars of the show. Not only did they win fans with the use of the classic white-on-black and black-on-white chronograph configuration (commonly referred to as a “panda dial”), but they also use the same ceramicized aluminum case that was first launched on the company’s recent collaboration with Range Rover—a piece viewed by many as a well-executed design aimed at a very narrow niche of buyers. The new combination, on the other hand, proved far too interesting to pass up, making it the perfect pick for this week’s Watch of the Week the moment the duo landed stateside.

As we mentioned above, there is a lot to love about these new Zenith chronographs. The silver-dialed model has a sunburst finish that gives the light silver a little extra personality, while the slightly glossy black dial of the other version further enhances its contrasting subdials’ pop. The subtle application of red to the tips of the chronograph hands adds a nominal amount of legibility to the equation, although the more we look at these pieces, the more this detail falls in the “we could take it or leave it” category. We have become so used to seeing vintage-era contrasting black-and-white dials over the years that there is something almost refreshing about the pairing of these dials with a matte black case. The ceramicized aluminum (an aluminum case coated with a thin layer of ceramic) has a look and feel similar to the matte PVD finish seen in a number of 1970s- and ’80s-era chronographs. Its perforated matte rubber strap completes the look nicely, using a titanium deployant clasp coated with physical vapor deposition (PVD).

Zenith’s chronometer-certified high-beat 400B automatic chronograph movement has been around for a while now and is a prime example of the old adage “if it ain’t broke, don’t fix it.” The in-house column-wheel chronograph caliber beats away at 5 hertz (or 36,000 vibrations per hour, as its name implies) and is good for 50 hours from a full wind to a dead stop. Its subdials include indications for running seconds, chronograph minutes, and chronograph hours, though this is where one of our functional critiques of the piece (as well as a number of other Zenith chronographs) comes into play. Due to the layout of the movement, both chronograph subdials overlap one another, so if precise minute timing is something of importance to you, be aware that you will be forced to estimate the hand’s position between the 16 and 23 minute markers. Of course, this won’t be too relevant for all buyers, but if you use your chronographs regularly, you will want to keep it in mind.

Well, we’ve got another easy one this week. So long as you’re not wearing brown or tan boots and a matching belt, or a beige sweater isn’t part of your regular attire, you’re pretty much set. The combination of its supple rubber strap and a water resistance of 100 meters will ensure you can take it wherever you need in your day-to-day operation. If you really want it to stand out, your best bet will be to go for a full black-and-white wardrobe to give either version of this watch a chance to shine. After getting some time hands on, it’s a real tough pick between the two models, however we’re most likely to side with the silver-dialed variant unless your personal collection is sorely lacking a black dial.

Zenith started taking initial pre-orders on these two new pieces in Geneva last month, and further pre-orders will be opening up in March. Both models will be priced at $8,600; deliveries are expected between late May and early June. (zenith-watches.com)