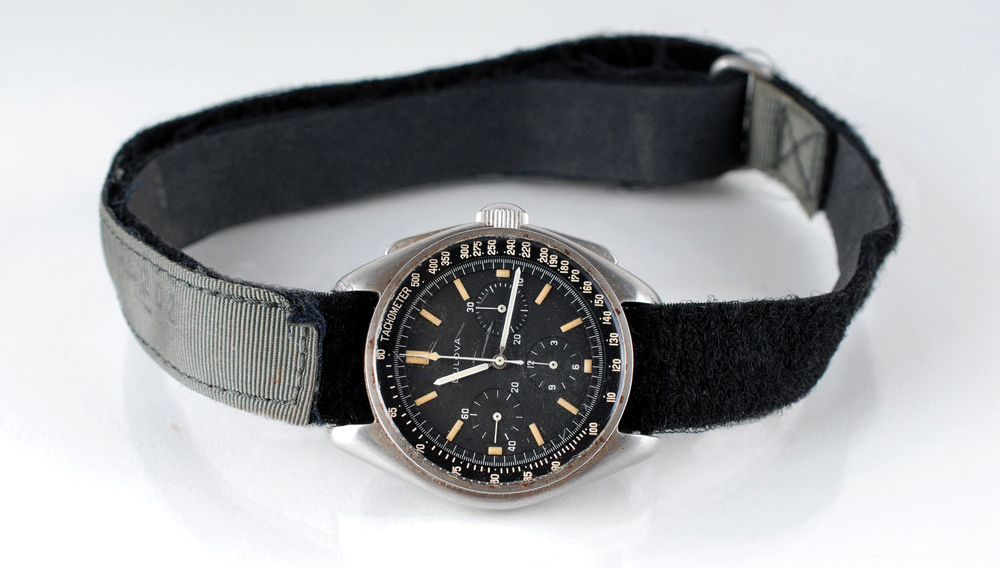 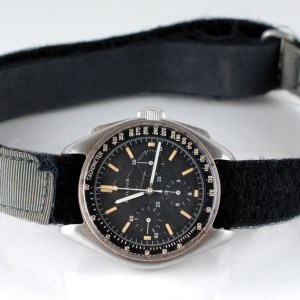 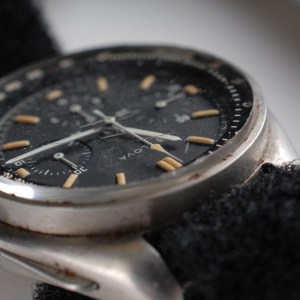 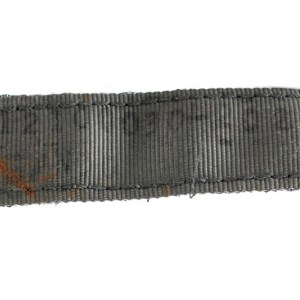 A trusted timepiece that has been truly out of this world, astronaut Dave Scott’s Apollo 15 Bulova chronograph will be up for grabs at RR Auction’s Space and Aviation Autograph and Artifact Auction on October 22 in Boston. The only known personal watch to be worn on the surface of the moon, it accompanied Commander Scott while he and James Irwin drove the Lunar Roving Vehicle (LRV) (first used on that mission) and gathered scientific samples from Mare Imbrium, one of the moon’s largest crater valleys.

The rarity of the watch is compounded by the fact that all of those previously worn on the moon were Omega chronographs belonging to NASA, and thus are unavailable to the public. On July 26, 1971, Scott brought the Bulova onboard Apollo 15, planning to use it only as a backup, since timing would be critical during their extravehicular activities (EVAs) due to the limited span of their life-support systems. The ounce of prevention paid off, as the crystal on Scott’s government-issued watch was lost after his first two forays outside the lander. For the third and final EVA, Scott’s Bulova helped keep them on track during the moon walk’s 4-hour, 49-minute, 50-second duration—memorable moments from Scott’s 546 total career hours in space. Visibly weathered due to the nature of the harsh conditions and geologic tasks, the watch survived re-entry and was on the commander’s wrist when the USS Okinawa picked up the returning heroes after their splashdown in the Pacific.

With an estimated value orbiting around $1 million, the cosmic chronograph will soon land in a new owner’s hand—sure to be the highlight of the RR Auction event, which runs from October 15 through 22. Online bidding will be open until 6 pm on the final day, but only bids placed in person or by phone will be accepted when the live auction starts at 7 pm. (rrauction.com)