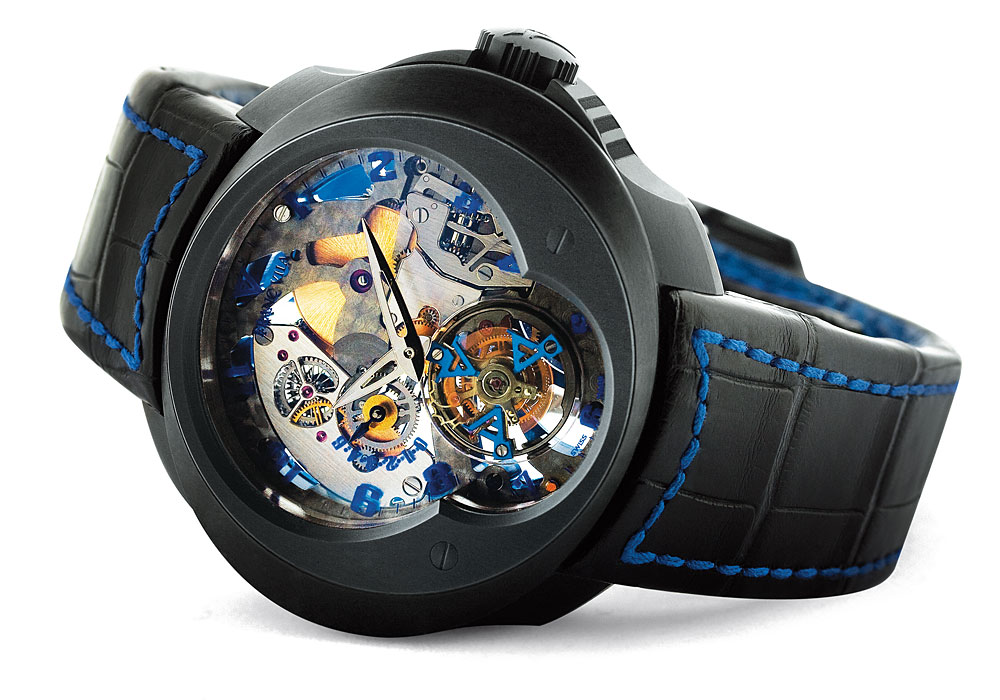 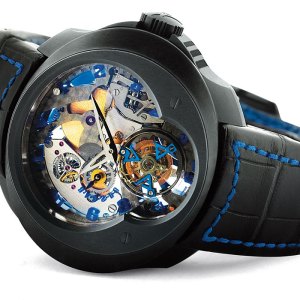 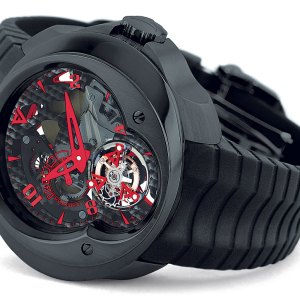 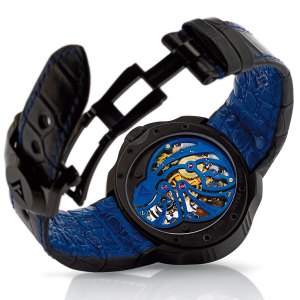 Spanish watch collector Franc Vila creates timepieces that he hopes will inspire in others the same sense of wonder he felt at age 6, as he examined his father’s automatic sport watch for the first time. Vila recalls that when he asked why the watch did not work, his father told him it was magic and only worked when humans touched it. When the skeptical boy picked up the piece and it came to life in his hands, a watch collector was born.

This year, that same boy—now three decades older—unveiled the FVa Nº 6 Tourbillon Planétaire Skeleton SuperLigero Concept, a bold, sophisticated timepiece that reflects Vila’s meandering interests. “All my philosophy and all my inspirations come together in this watch,” says Vila of the model, which ranges in price from $245,000 to $315,000 depending on the case metal. “I used my knowledge of chemistry to find and work with this material. I used my art to make the design and color of the bridges.”

Over the years, Vila has worked as a chemist, a teacher, and a film producer. During this time he assembled a collection of roughly 200 watches, including numerous sport models from Omega, which he believes was the make of his father’s watch. Yet this avid collector still craved more: He wanted to create the perfect timepiece.

Acting on this desire, Vila began sketching designs in 2000 that he eventually took to Geneva. There he tapped a network of independent specialists who make complicated movements, dials, and cases. This group of artisans slowly brought Vila’s dream design to life: a perpetual calendar/minute repeater with moon-phase display. Vila based his irregular sculpted case shape on a classical layout for a watch with a small seconds subdial at 6 o’clock. The double-arced dial also recalls the numeral 8, which Vila relates to the symbol for infinity—an allusion to his background in science. He says that when he held the first Franc Vila timepiece in his hand, he felt the same sense of wonder that he experienced as a child.

Soon after completing this first piece, Vila began developing a commercial range of limited-edition models. He introduced his boutique brand in 2005 with a collection powered by four different automatic movements, and in 2006 he debuted his first tourbillon. Currently, Vila produces quantities of 88 for less-complicated designs. He limits production to 48 pieces for perpetual calendars and to eight or fewer, depending on the model, for tourbillons.

His most intriguing watch to date, the FVa Nº 6 Tourbillon Planétaire Skeleton SuperLigero Concept, is designed for everyday wear. The timepiece’s movement is made from an aluminum-lithium alloy that Vila dubbed “lightnium.” Often employed in aeronautical engineering, this low-density metal combines high tensile strength with lightness and elasticity. The material can be colored like aluminum, presenting numerous creative possibilities. Geneva specialty house BNB Concept, whose watchmakers have worked with some of the biggest names in the industry, developed the piece’s complex movement.

Though Vila will no doubt remain an avid collector of classic timepieces, the complexity and sheer originality of the FVa Nº 6 evidence his passion for the future as well. “Young people need contemporary watches, pieces of our time,” he says. “I like classic cars, too, but I cannot drive a model from the 1920s every day.”