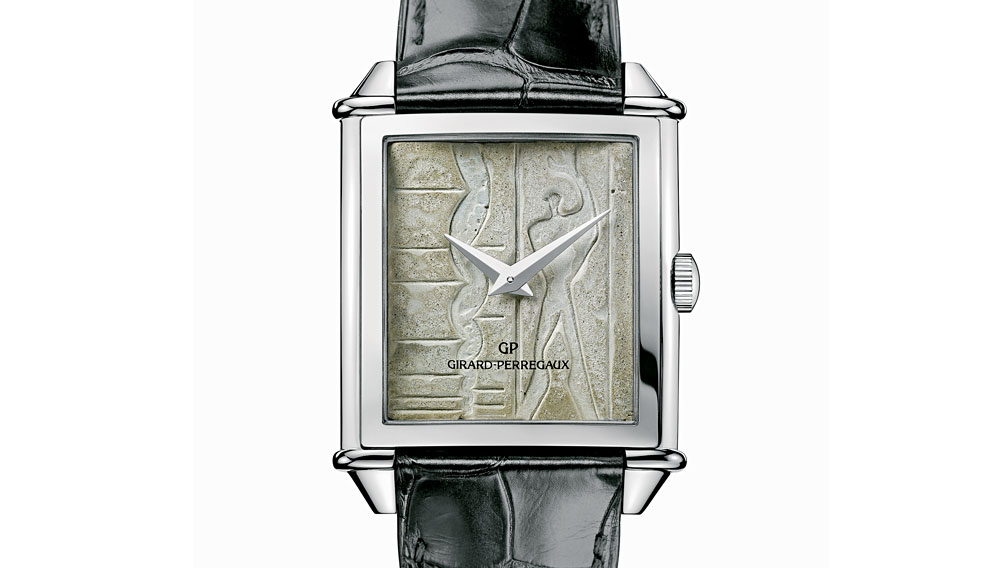 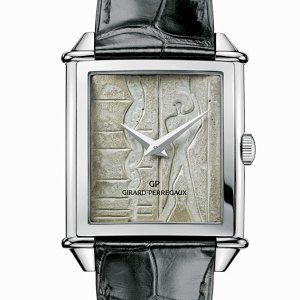 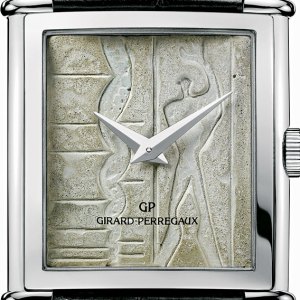 While not everyone appreciates Le Corbusier’s brand of modernism (the architect once advocated razing the center of Paris to build high-rises), few could find fault with the watches Girard-Perregaux has produced in his honor. “Basically we were motivated by Le Corbusier’s connection to La Chaux-de-Fonds,” says Michele Sofisti, CEO of Sowind Group, Girard-Perregaux’s parent company. “But then it grew from there.”

Based in La Chaux-de-Fonds—a small industrial city nestled in Switzerland’s Jura Mountains—Girard-Perregaux has long focused its creative attention on refining and reinterpreting its familiar circle of classic models. Recently, however, the 221-year-old brand’s workshops have been abuzz with a fresh energy that has given form to a just-released set of variations on the Vintage 1945 dedicated to La Chaux-de-Fonds’ native son, artist and architect Charles-Édouard Jeanneret, who renamed himself Le Corbusier in the 1920s.

The three versions of the timepiece—each limited to just five examples and priced from $31,900 to $53,200—incorporate distinctive dials by independent artisans that illustrate various facets of Le Corbusier’s career. An engraved dial of mother-of-pearl and enamel, for instance, re-creates a design the young Jeanneret fashioned for a pocket-watch cover while still a resident of La Chaux-de-Fonds. Similarly, a metal dial decorated with seated figures and set off by a raw calfskin strap recalls the Le Corbusier chair that has become a fixture of 20th-century—and 21st-century—design iconography. The most remarkable of this trio, however, displays a miniature reproduction of a Le Corbusier bas-relief in cast concrete. This material, which has never before been employed in making a functional watch, relates tangibly and spiritually to the artist-turned-architect’s modernist vision. Although some criticism (mostly outside of France) is now leveled at the stark egalitarianism embodied in Le Corbusier’s concrete housing units, the architect’s enduring influence is nevertheless impressive, as is Girard-Perregaux’s newfound boldness in bringing novel visual impact to this established watch model.

In many respects, Girard-Perregaux’s choice of Le Corbusier as the inspiration for this set of timepieces symbolizes some of the changes occurring within this typically traditional house. “In the past, we may have looked a little too much at our own heritage,” says Sofisti, who took the reins of the company in 2010 and is currently leading efforts to reinvigorate its style of watchmaking. “Now [that] we are trying to make the company look forward to the future, and we are pushing into modernity, I think we are finding our place—not only with watches like these, but with the complicated watches we are now developing.”