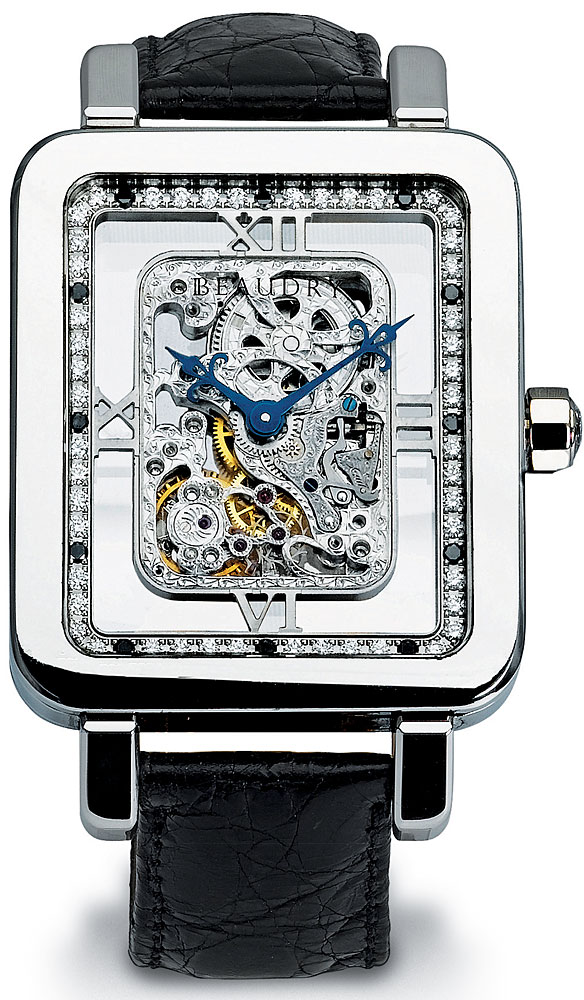 Bob Siragusa hesitated for several days before contacting well-known jewelry designer Michael Beaudry, who at the time was preparing to launch a new watchmaking venture. Siragusa, a veteran of the watch industry, was looking for a new position, but he was unconvinced that the Los Angeles–based jeweler wanted to create a timepiece that would have credibility with serious watch aficionados. When the two finally met, Beaudry’s words must have been reassuring, because shortly after entering discussions in the summer of 2007, Siragusa signed on as president of Beaudry Time and began laying the groundwork for a new collection.

Beaudry, who collects watches, shares Siragusa’s appreciation of authentic, original Swiss watchmaking. “Five years ago, two large, established watch brands expressed interest in licensing my name for projects,” Beaudry says. “But, after careful consideration, I decided that it would be better to build our own timepieces and have complete control over the components and design process.” His company is slated to deliver its first pieces early this year, and watch collectors, even those unfamiliar with Beaudry’s jewelry, will find many of them compelling.

Surprisingly, Siragusa—who was given considerable freedom in refining the design and manufacturing processes—and Beaudry created a collection dominated by watches for men, offering only a small number of the jewelry watches one might expect from the brand. The round Alpine Sport model picks up a few Baroque touches that recall Beaudry’s jewelry-design style. This influence is also evident in the G6 Skeleton, a timepiece featuring engraved bridges that seem right at home in Beaudry’s collection.

The most interesting Beaudry watch is a large rectangular model called Airtime 1937. During regular trips to Switzerland to secure suppliers for the timepieces, Siragusa sourced a number of disassembled vintage 1930s Alpina movements. He had the plates and bridges artfully engraved, and he suspended the relatively small movement in an oversize case, with negative spaces creating an airy, see-through appearance. The limited-edition Airtime 1937 is a highly original combination of old-world watchmaking and contemporary design. Beaudry is selling only eight of the watches, each in platinum with a diamond bezel.

Priced at $195,000, the Airtime 1937 is quite expensive; like many new companies trying to establish themselves in the crowded watch market, Beaudry Time relies on overbooked suppliers that charge handsomely for their services. This arrangement certainly adds cost, but Siragusa has compensated somewhat by building special features, such as modular cases, that can be easily and affordably customized.

Naturally, many of the timepieces sport the same kind of top-quality diamonds that distinguish Beaudry’s jewelry. However, because the watches are built with such attention to and appreciation for traditional Swiss watchmaking techniques, the diamonds may be the last thing you notice.