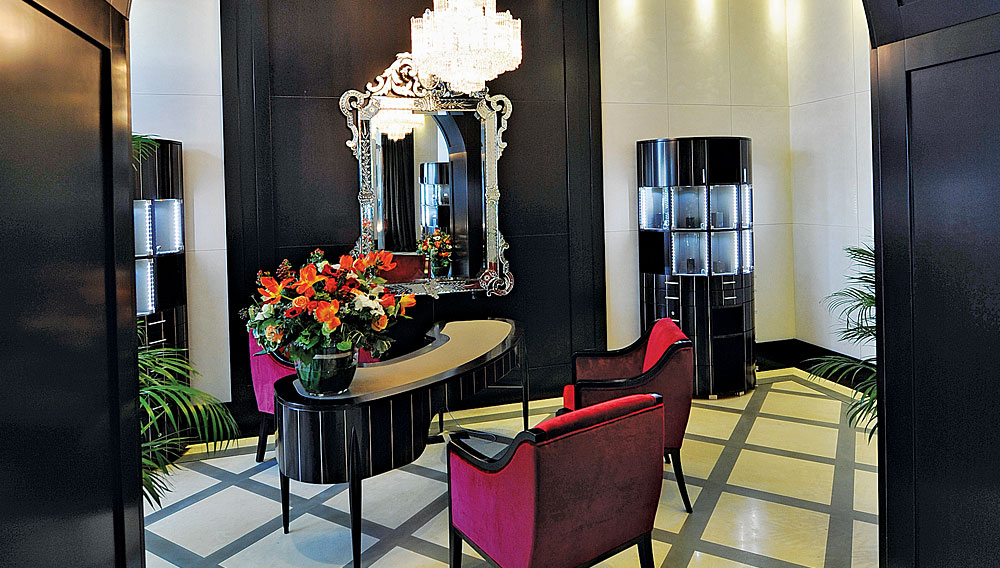 In describing DeLaneau’s new Madison Avenue boutique, company CEO Cristina Wendt-Thévenaz prefers not to stress the fact that it will be the only watch store in New York City that caters exclusively to women. Nor does she mention that the prices of the Geneva-based watchmaker’s timepieces, which cost from $35,000 to $2 million, might make the store the most exclusive. Instead, she underscores the brand’s knowledge of its clientele. “DeLaneau is about understanding women and their different facets,” she says. “What is particular to women is that they reinvent themselves every day. They can be businesswomen and mothers, and they have different activities during the day or in their lives that they would like to reflect on the outside. Everything inside [the store] has been created to reflect a woman’s mood at any particular time.”

This aesthetic objective accounts for DeLaneau’s unusual niche in the Swiss watch industry. In many respects, the craftsmanship and artistic details of the house’s watches exceed those aspects of many of the most vaunted brands’ timepieces, thanks in large part to Wendt-Thévenaz, who employs some of the top gem setters and mechanical-movement specialists in the world and has fostered close relationships with the best traditional enamel painters. These enviable capabilities are brought to bear in creating watches that reflect a woman’s perspective; even when applied to such complex movements as the 1608, which is equipped with an all-digital jumping hours-and-minutes display, these impressive talents serve to incorporate into the design elements of glamour, beauty, and whimsy that define what the company terms “feminine horology.”

This concept has been readily embraced by consumers in Europe and Asia, specifically Russia, who appreciate the traditional decorative arts at which DeLaneau excels. But in the United States, where the convenience of quartz movements and the power of branding often drive women’s purchases, the company’s unique offerings are often overlooked. Fortunately, one of the firm’s admirers, a Russian investor, has enabled DeLaneau to expand its boutique presence in the United States and elsewhere.

Located on Madison Avenue between 61st and 62nd streets, the New York boutique will enable DeLaneau’s staff to explain in detail artisan crafts, such as Geneva-style enamel painting, and to work directly with customers on bespoke orders. The new venue, which opens this winter, has also spurred the introduction of new products that reinforce the brand’s raison d’être. “We are building a titanium piece for things like sports and travel,” says Wendt-Thévenaz. “We are also creating unique pairs of watches that will reflect a special bond between friends, a mother and daughter, or two women half a world away from each other.”