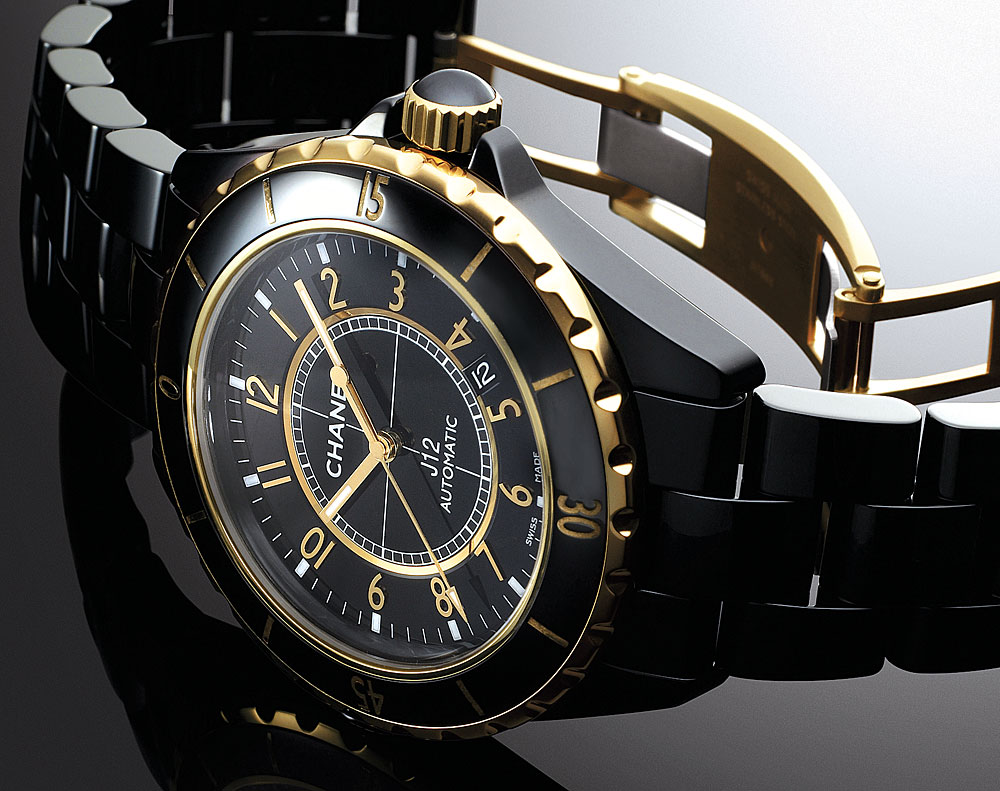 Fashion powerhouse Chanel, in an attempt to elevate its standing among watch collectors, approached Swiss watch manufacturer Audemars Piguet in recent years to collaborate on a movement. In September, after two years in development, the first timepiece from this high-powered union was scheduled to debut.The J12 Calibre 3125, a striking model of black ceramic and gold, features a modified Audemars Piguet 3120 automatic three-hand movement redesigned by Chanel.

Fashion brands and industry newcomers that lack historic horological pedigrees often struggle to impress serious watch collectors. Nevertheless, this fact did not deter Chanel, which proved its gift for watchmaking innovation eight years ago when it introduced its signature J12 model—one of the industry’s first entirely ceramic timepieces. Two years later, the company created its first-ever grand complication in the J12 tourbillon.

The firm’s partnership with Audemars Piguet will, no doubt, further burnish its credentials in the watchmaking field. “We don’t like routine at Chanel; we like to surprise,” says Philippe Mougenot, global president of Chanel Fine Jewelry & Watches. “We chose Audemars because we wish to be on the best possible level in the pure watchmaking field, with the highest-quality movements, whether complications or simpler movements.”

In crafting the J12 Calibre 3125, Chanel’s watch designers collaborated with Audemars Piguet’s technical team to create a double-balance bridge that achieves higher shock resistance, resulting in greater timekeeping precision. When the watch’s crown is unsecured, the balance stop lever automatically activates to guarantee that the second hand stops and the time is set precisely. This year, only 200 of the $27,500 timepieces will be made. Each will feature distinctive details, such as a rotor made of black ceramic and rhodium-plated yellow gold and mounted on ceramic ball bearings.

Chanel unveiled the watch in its redesigned Fine Jewelry boutiques at locations around the world, including Paris’ Place Vendôme. Designed by architect Peter Marino, the salons pay tribute to Gabrielle “Coco” Chanel, who founded the brand in 1911. Their interiors, inspired by Chanel’s famous Paris apartment at 31 rue Cambon, resemble luxurious living spaces, with antique fireplaces, custom rock-crystal chandeliers, and mirrors created by the renowned Goosens atelier in Paris. A special library area showcases the J12 collection, which comes in a variety of bejeweled women’s styles and subdued men’s versions. The inviting setting can make even the most serious watch collector feel comfortable within the walls of a fashion house.