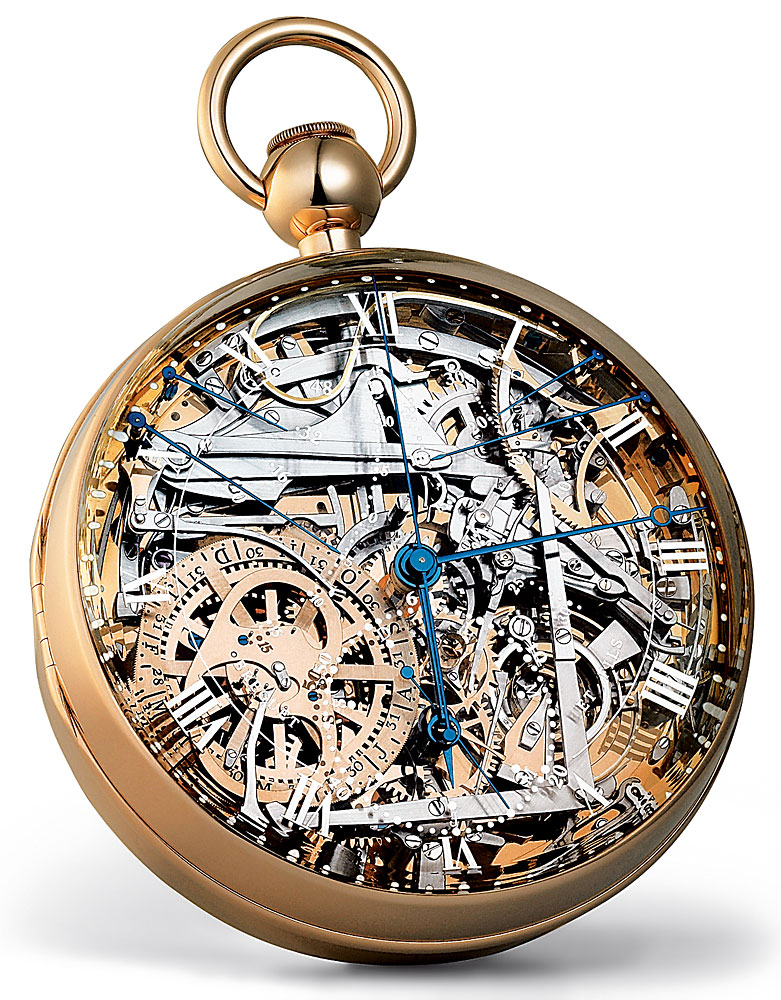 Standing on the terrace of the Petit Trianon, on the grounds of the Palace of Versailles, Nicholas G. Hayek— president and CEO of Breguet—muses on the interplay of business and culture. Breguet has just poured millions into what was once Marie Antoinette’s private palace, but this act of corporate philanthropy is deeply tied to a project of commercial and personal significance for Hayek and for the company: the reproduction of one of the most important and enigmatic watches the firm has ever produced.

Breguet’s founder, Abraham-Louis Breguet, was the most prominent watchmaker of his day, creating timepieces for Pushkin, Balzac, and Napoleon, among others. However, his most notable customer was the French queen Marie Antoinette, for whom he started crafting an extraordinarily complicated pocket watch shortly before the French Revolution. The piece was not completed until long after Marie Antoinette and Breguet had died, but the final product—which incorporated a dramatic transparent dial in rock crystal, an early self-winding mechanism, a perpetual calendar, equations of time, and a thermometer—mesmerized watch collectors worldwide.

Today the Marie Antoinette watch is considered the most famous original Breguet as much for these features as for its theft from the L.A. Mayer Museum for Islamic Art in Jerusalem in 1983. In 2005, with the watch still missing, Hayek instructed his watchmakers to reproduce the piece.

With only a few photographs and sketches in the company archives to use as guides, Breguet’s watchmakers undertook the ambitious Marie Antoinette project. The team speculated on some of the techniques Breguet used to create the original and eventually completed the reproduction in late 2007. The watch was unveiled to select audiences the following April. “We are calling this watch the Marie Antoinette, like the original,” Hayek says. “We have not yet decided whether we will produce more of these or how many.”

In many ways, Hayek’s Marie Antoinette pocket watch is as impressive as Breguet’s original. Using only a few modern materials, the company’s engineers have managed to re-create the components of the first watch faithfully, including the bimetallic thermometer and the hour hand, which jumps directly from one hour to the next instead of creeping over the 60-minute period. “When we showed this mechanism to George Daniels [the prominent English watchmaker who is also an authority on Breguet],” says Christian Lattmann, vice president of products for Breguet, “he thought that it was probably the last original complication of Breguet’s to be cataloged and reproduced.”

In a strange twist, the completion of Hayek’s reproduction coincided roughly with the recovery of the original watch, which is now back in the possession of the L.A. Mayer Museum.