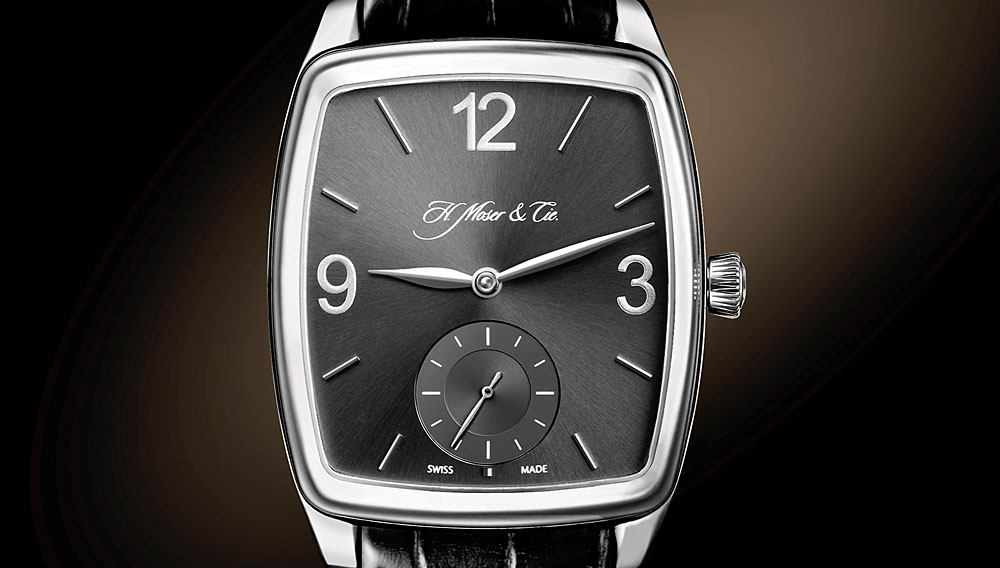 The novel double-balance spring arrangement in Henry, a recently created watch from Swiss manufacturer H. Moser & Cie, is made completely in-house. The ability to pull off this rare feat of production autonomy in a notoriously interdependent industry marks a notable change in fortune for a company that only a few years ago was struggling to produce its first collection.

In 2002, Jürgen Lange chose Schaffhausen, Switzerland, as the location to re-establish the H. Moser brand, which had suffered and been sold off following the quartz crisis of the 1970s. Located in the country’s German-?speaking northern region, Schaffhausen is the watch industry’s version of a company town. The watchmaking giant IWC dominates the area, employing legions of gifted technicians and designers. With only a few employees, Lange set out to create a collection of simple, elegant timepieces that would be stylistically different from the modern, flamboyant watches other manufacturers offered at that time. H. Moser’s designers also equipped each new timepiece with an original movement that featured a removable escapement module designed to make regular servicing easier. When presented to the public for the first time in 2006, these timepieces, especially the pristine perpetual-calendar model, garnered wide acclaim.

Despite this auspicious beginning the brand quickly found itself in trouble. Like many small watch manufacturers, H. Moser was dependent on outside suppliers for components, a situation that left it at the mercy of other companies’ production schedules. Furthermore, the firm was plagued by production problems with its most popular piece, Perpetual 1, a watch that the company never intended to produce in great quantities. Unable to meet its production goals, H. Moser was forced to delay deliveries, which frustrated many of the brand’s early supporters.

In 2007, Lange brought in an investor who could help him gain control over component production. The Swiss entrepreneur Thomas Straumann proved to be an ideal partner: He not only shared Lange’s vision for the company, but also had previously supported Lange’s efforts to jump-start in-house production of hairsprings—the most vital timekeeping element in a watch. “Straumann’s grandfather had helped found Nivarox, which for years held a virtual monopoly on the hairsprings in Switzerland,” says Daniel Zimmerman, H. Moser’s vice president of sales. “With access to hairspring-making technology, Moser now has a level of autonomy that can only be claimed by a handful of companies.”

With Straumann’s assistance, Lange organized two subsidiary companies to break the production logjam. The two men also introduced a new escapement design featuring two opposing hairsprings that move uniformly and accurately. This escapement appears in the Henry model, as well as certain other H. Moser references. “The double hairspring embodies a philosophy shared by Dr. Lange and Dr. Straumann that gravity errors on a hairspring should not be corrected by a device like the tourbillon,” Zimmerman explains. “With two identical hairsprings, there is never a gravity error to begin with.”

The pair’s simple and direct dictum, like H. Moser’s designs, recalls an earlier era in the craft. And as watch collectors reassess their interest in elaborate and baroque complications, this outlook is starting to look more and more contemporary.