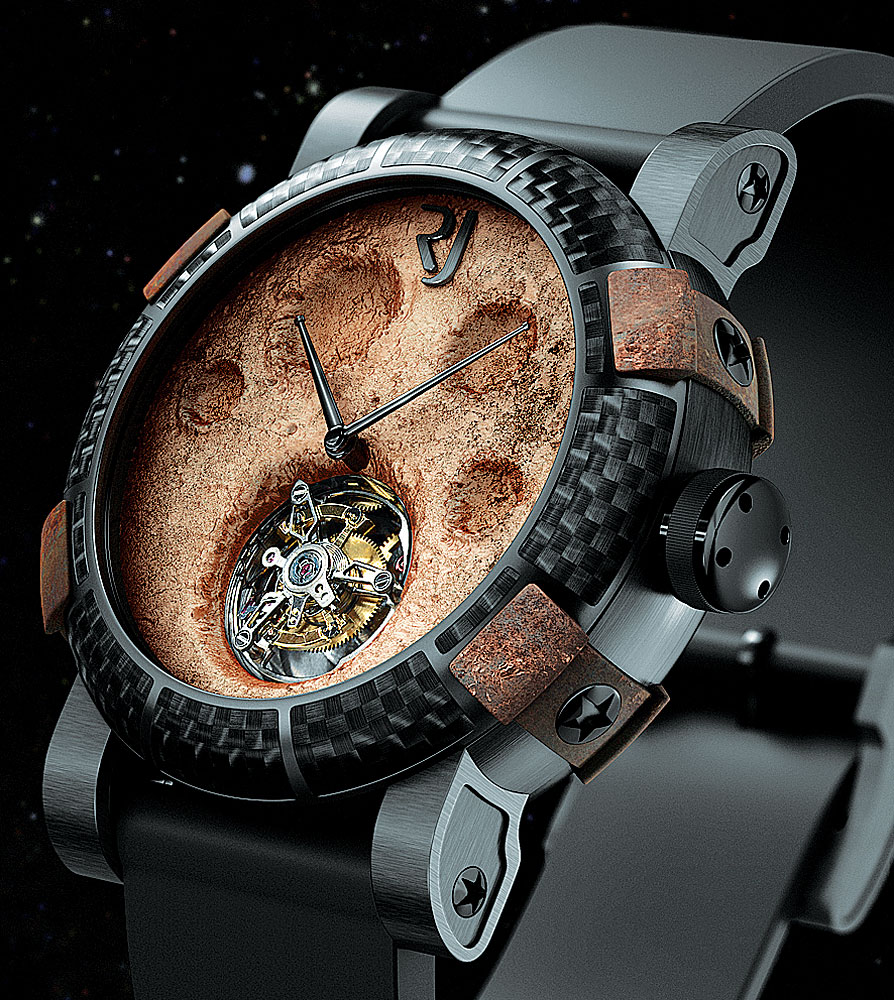 When executives at the Geneva-based private equity firm Alliance Management hired Yvan Arpa in 2006 to run a watch company that they were relaunching, they understood from the outset that the industry veteran would not take a conventional approach. “When they asked me to run Romain Jerome, I agreed, but on the condition that I could develop the company my way,” says the 44-year-old CEO, who previously served as managing director at both Baume & Mercier and Hublot.

Arpa’s “own way” has been highly creative, but also controversial. In 2007 he launched Titanic-DNA, a watch with a bezel made of an alloy including rusted metal retrieved from the hull of the Titanic. Though the timepiece upset some who felt that he was commercializing a tragedy, it quickly established the Romain Jerome brand as daring and untraditional. The double tourbillon Arpa released the following year—a $300,000 watch with no hands or other time-display device—only reinforced Romain Jerome’s budding reputation for iconoclastic watchmaking.

Romain Jerome’s latest collection, Moon Dust-DNA—a limited edition of 1,969 pieces priced from $9,800 to $300,000 and featuring dials decorated with dust from the moon—is interesting, though less controversial. “I wanted our brand to delve into the history of humankind, rather than the history of watchmaking, as do the hundreds of other Swiss brands,” Arpa says. “This new collection combines material—in this case moon dust—that is otherwise totally inaccessible and a human legend nearly everyone can appreciate.”

Arpa has hired several top-level jewelers and complicated-watch specialists to craft the Romain Jerome collections. As a result, the company’s pieces are, in terms of technical sophistication, on a par with the offerings of many of the best independent brands. This should come as no surprise to anyone who knows Arpa; his formidable intellectual and creative energies inform all of Romain Jerome’s timepieces. “I was a math teacher for a while,” he says, “but I wanted something more dynamic. Even today I don’t sleep much at night, so I work on my book of drawings, in which there are now thousands of ideas.”

Paring his ideas to a select few that Romain Jerome can execute is, in fact, one of Arpa’s greatest challenges. The reception area of his downtown Geneva office is littered with odd specialty projects that will never drive revenue. For example, he has created a Titanic-DNA pen with nautically themed components including a Chadburns telegraph clip, a piston reservoir, and a propeller. He filled the implement with a formula made of squid ink. “The ink makes it a real pen from the ocean,” he says, “but my wife couldn’t stand the smell and made me stop making it.” In another corner of the reception area rests a Titanic-DNA watch sealed in an oxygen-free bottle. Unlike the other rusty Titanic-DNA watches, which are coated to prevent further corrosion, the rust on this watch is still active. Breaking the glass—the only way you can wear this conceptual timepiece—also voids the warranty.