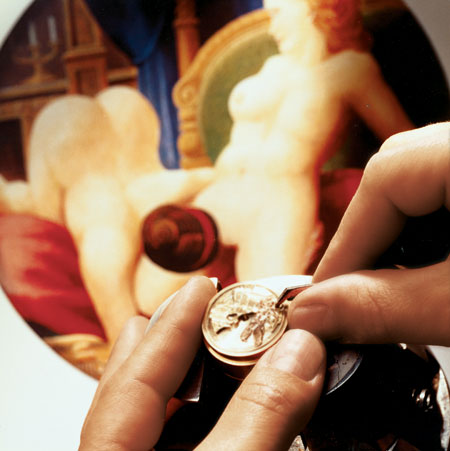 Automaton watches are produced by a variety of other companies, including Ulysse Nardin and independent watchmaker Svend Andersen. Ulysse Nardin also employs another traditional technique, cloisonné enamel, in a similar way. It builds these pieces to the customer’s specification, and personal, or even humorous subjects (Bill Clinton’s Oval Office antics, for instance), can be executed on command.