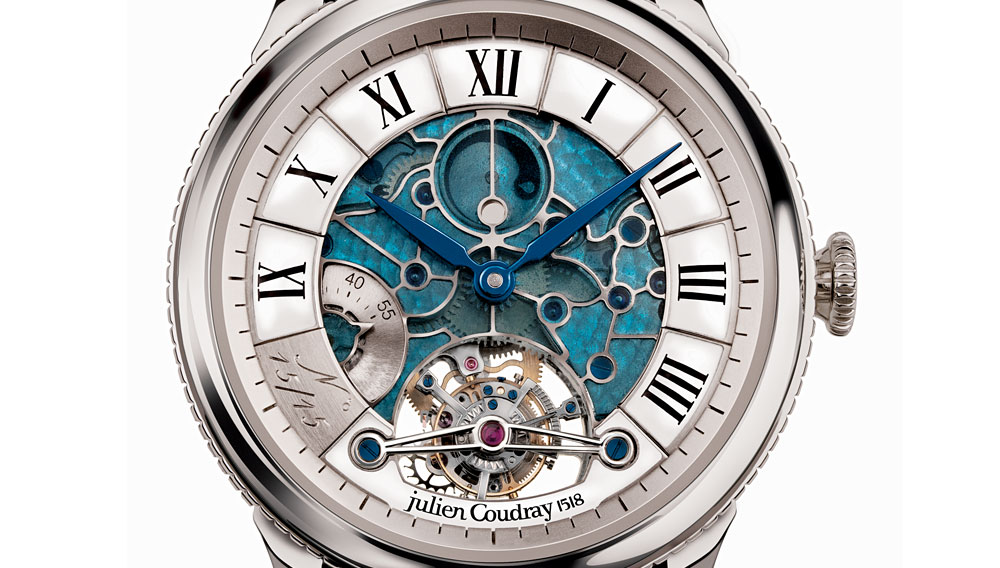 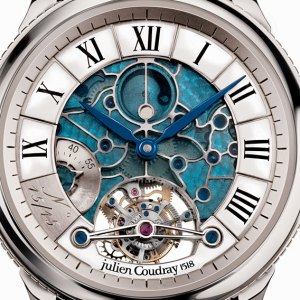 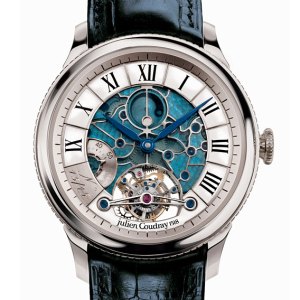 “As a collector myself, I became disillusioned as I discovered how much watch brands relied on outside suppliers to create their pieces,” says Fabien Lamarche, who founded a new boutique watch company, Julien Coudray 1518, on the principle that all the crafts essential to constructing a timepiece should be performed in-house. But unlike the many entrepreneurs who have entered the watchmaking industry with similar ambitions, Lamarche has the experience to realize this goal: Over the last several years, he has become one of the most respected industrial consultants to small, independently owned Swiss watch companies like his own.

Trained in micromechanics, electrical engineering, and watchmaking, Lamarche began his career designing automated production tools for Breguet. By 1998 he had established a small movement-prototyping company to assist emerging watch firms. Since that time, he has provided a wide range of behind-the-scenes production services to many of the renowned independent watchmakers and large brands.

Compared to this broad-based line of business, the minuscule 40-piece annual production of Julien Cou­dray 1518, which is named for the 16th-century French artisan and horologist, seems almost insignificant. Yet the output of Lamarche’s own brand, though modest, takes full advantage of all of the sophisticated capabilities he developed through his consulting ventures, as the company’s recently released hand-wound models—the Manu­factura 1528 (gold, $76,000; platinum, $195,000) and the Competentia 1515 tourbillon (gold, $163,000; platinum, $450,000)—aptly demonstrate.

Conceived and executed in accordance with Lamarche’s vision, these examples showcase the brand’s technical virtuosity and reveal surprisingly artistic touches. The movements are delicately engraved, and the dials are fitted with enamel elements—grand feu indexes on the Manu­factura 1528 and an area of plique-à-jour over the central dial of the tourbillon. The latter technique essentially creates a stained-glass effect using enamel and is considered to be the most difficult enameling process to master. Lamarche estimates that he spent 600 hours refining his procedure—an indication that he is as exacting in the creative aspects of his work as he is in his technical pursuits. “I wanted to start the brand on as authentic a basis as possible,” he says. “In reality, it takes many years of building and training before all the know-how is infused in the company. That is the track we are on.”