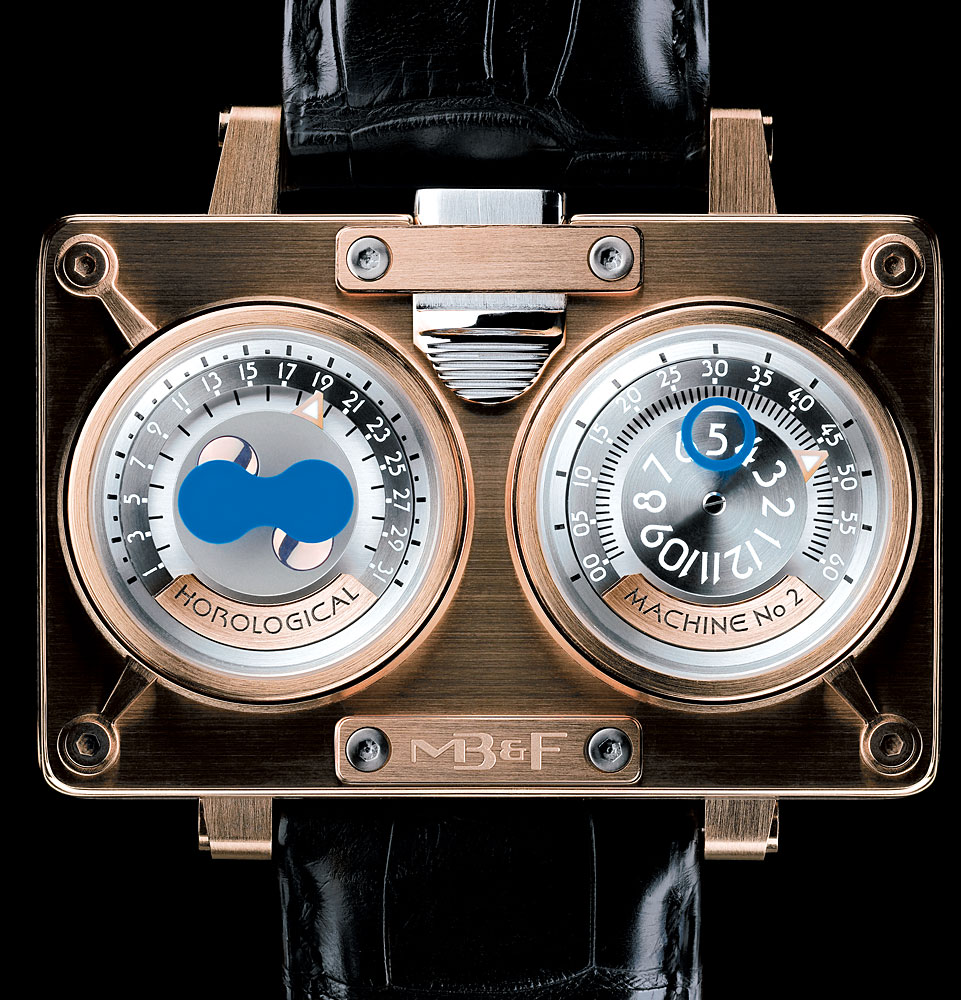 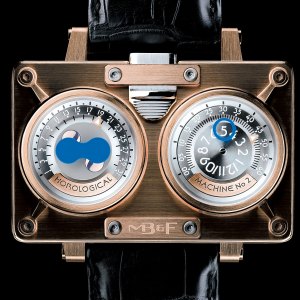 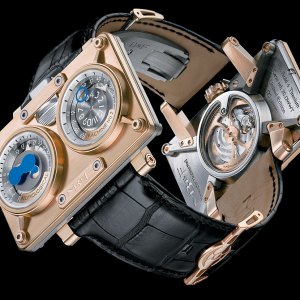 Max Büsser was hesitant to launch a watch brand, because he lacked a certain prerequisite. “I initially thought I could never have my own brand because I am not a watchmaker,” says Büsser, the 40-year-old former managing director of Harry Winston Rare Timepieces. “Until Richard Mille, no one had created a brand without a watchmaker behind it.”

Realizing he could not go it alone, Büsser recruited a few dozen associates, all of them independent specialists, to help transform his horological ideas into functioning timepieces. He named his venture, which he established in 2005, MB&F (Maximilian Büsser & Friends) to credit collectively these individuals, who often work for big brands without acknowledgment of their involvement. Büsser’s web site offers individual credit, naming the 30 specialists (plus Büsser) who contributed to the creation of his first two timepieces: 2006’s Horological Machine No. 1 (HM1) and 2007’s Horological Machine No. 2 (HM2).

Büsser conceived MB&F while working on the Opus collection at Harry Winston, which annually collaborates with acclaimed independent watchmakers, such as Andreas Strehler. Büsser views his company as an artists’ collaborative, where masters come together to fashion a special piece while continuing their independent efforts. MB&F’s debut piece, the $165,000, four-barreled HM1 central tourbillon, represents the work of Laurent Besse and Patrick Lété of Les Artisans Horlogers, English independent watchmaker Peter Speake-Marin, and designer Eric Giroud, among others.

Büsser conceived the HM2 with Jean-Marc Wiederrecht in mind. “I played to his strengths: retrograde indicators and jumping hours,” says Büsser of Wiederrecht, head of Geneva specialty house Agenhor. The $62,000 HM2’s twin portholes indicate jumping hour and concentric retrograde minutes on the right and retrograde date and bihemisphere moon phase on the left. “One of the toughest challenges of a retrograde minute combined with a jumping hour is that they both have to jump simultaneously, but they are powered individually, so the chances are 99 percent that it will not happen together,” explains Büsser, who marveled at Wiederrecht’s solution. When the snail cam of the retrograde minutes mechanism flies back, it hits the star wheel of the hours indicator to make it jump. One power source for both minutes and hours ensures simultaneous advancement.

Perhaps more amazing than the watch’s engineering is Wiederrecht’s accepting recognition for devising it. “He has created 40 to 50 movements or modules over the last 10 years for the best brands in Switzerland, but he has never been credited for his work. He didn’t want to put his name on [the HM2], and he didn’t want to appear in the lineup,” says Büsser, who, remarkably, also convinced Wiederrecht to share his plans with a competitor.

When Wiederrecht presented the schematics, Büsser recalls telling him, “That’s great, but it’s not a machine,” a reference to his goal of devising three-dimensional instruments that happen to indicate the time. He asked Wiederrecht to send his plans to Besse and Lété, who had worked on HM1. After a few days, Wiederrecht agreed, and Lété reworked the design to include a satellite system and a modular case comprising more than 100 components. The case is bolted together (instead of welded) so that it can be more easily dismantled should the watch need to be repaired or refurbished. By the end of 2010, Büsser and company plan to produce 250 HM2s—125 in white gold and titanium and 125 in red gold and titanium. He also will reserve an additional few hundred movements for future pieces with new case designs.

Büsser’s circle of friends has grown beyond his watchmaking colleagues to include the six international retailers who advanced him the capital to launch his company, as well as the collectors who have acquired the HM1. “You really feel you are part of a community,” says Büsser, “and that was my dream.”