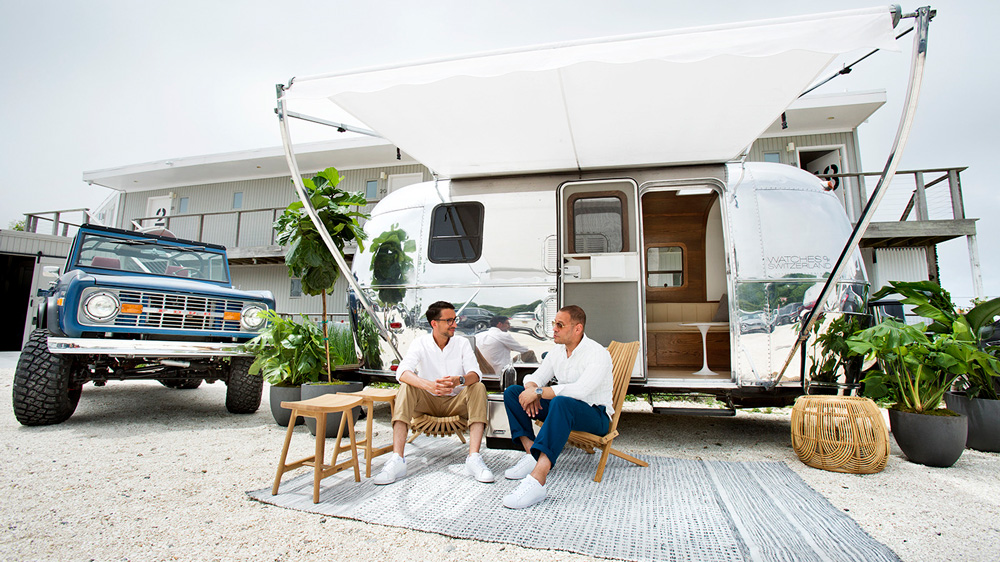 Heading out East to cool off this summer? Watches of Switzerland is making a splash in the Hamptons with a new pop-up boutique encapsulated in a traveling Airstream trailer. The concept was unveiled last weekend at Montauk’s party outpost, The Surf Lodge. On Saturday it will make its way down the road to Gurney’s Star Island in the same town. It will reside there through August 31st, but is slated to make appearances at various events throughout the Hamptons during that time.

But it wouldn’t be complete without a Rolex offering. Hopeful owners will have to act fast to swipe up the vintage GMT “Rootbeer” ($33,000), GMT-Master “Pepsi” ($14,250), SeaDweller ($12,000) and Explorer II ($9,250) up for grabs. Those are just a few of the pieces from the Crown that will be available. The selection of vintage Rollies was curated by vintage purveyor Analog/Shift, which was officially acquired by Watches of Switzerland last September.

Every effort was made to enshrine the precious cargo in a surrounding that matches the cool, laid-back attitude of the Hamptons’ hippest enclave. Midland Architecture was tapped to design the interior, outfitted by Elmwood Customs, which includes custom-crafted wood floors, sleek cabinets, glass vitrines and a small lounge area where you can kick back while inspecting the goods on your wrist. Even the staff comes appropriately outfitted in clothing by the cult streetwear brand Noah.

To keep track of the WoS Airstream’s whereabouts and find out what is on offer (or has already sold for that matter), head over to the “Anytime. Anywhere.” homepage or follow @watchesofswitzerland_us #WoSAnytimeAnywhere for more information.