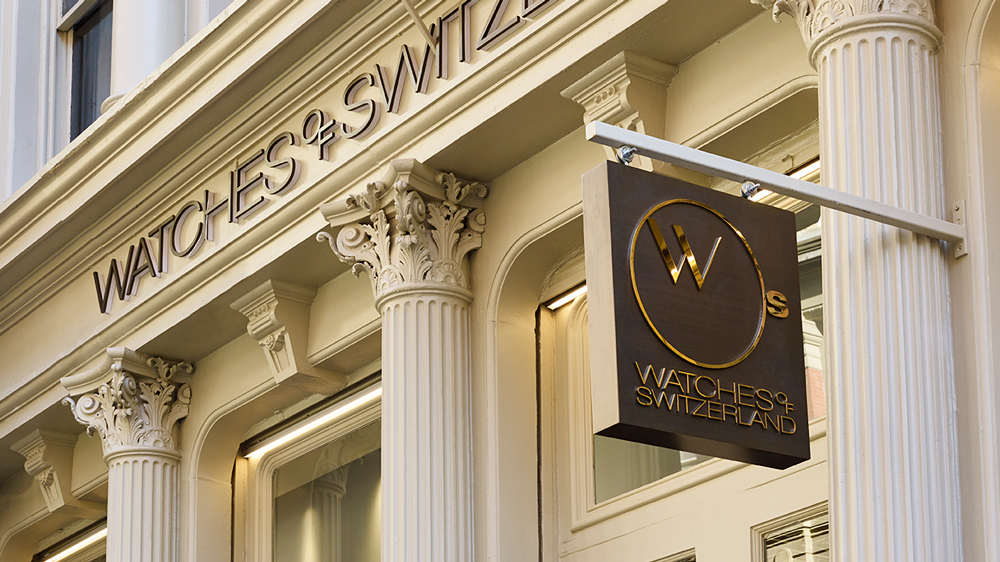 Photo: Courtesy of Watches of Switzerland

Watches of Switzerland, a U.K.-based retailer that also owns Goldsmiths, Mapping & Webb, Watch Shop and the Watch Lab, is set to go public on the London Stock Exchange Thursday. The company is the largest purveyor of watches in the U.K., but has recently been making strides in the U.S., too. In 2017, Watches of Switzerland opened shop inside the Wynn Las Vegas, and just last November it opened its first standalone store in the U.S. in New York City’s Soho neighborhood. It recently followed with a store in New York City’s newly opened Hudson Yards. The dog-friendly Soho store is set up to lure in customers through its experiential offerings like a bar, revolving art exhibitions and vintage offerings, while the Hudson Yards location has recently been a venue for watch brands to host events.

Turnover in the U.S. was $973 million in the 12 months leading up to January 27, 2019, which includes sales from 21 stores in the United States, according to WatchPro. The company also owns Mayor’s, a Florida-based retailer with 18 stores, which counts Rolex as its anchor brand. The acquisition of Mayor’s in 2017 made Watches of Switzerland the largest luxury watch retailer in the southeastern region of the U.S.

“There are significant growth opportunities ahead of us, both in the U.K. and the U.S., many of which are already being realized,” Watches of Switzerland CEO Brian Duffy told WatchPro. “We have a proven track record, an experienced management team and strong brand support of our plans. At Watches of Switzerland Group we have the best teams in the business and credit for our success goes to them. We love what we do and I and very excited for what lies ahead and the opportunity to take our growth strategy to the public markets.”

Sounds like Duffy is already speaking to his potential investors. Apollo Global Management, a New York-based private equity firm that has owned The Watches of Switzerland Group since 2012, will maintain its controlling stake in the business. That means that only 25 percent of the group’s shares are expected to be available in the IPO, but more could follow.