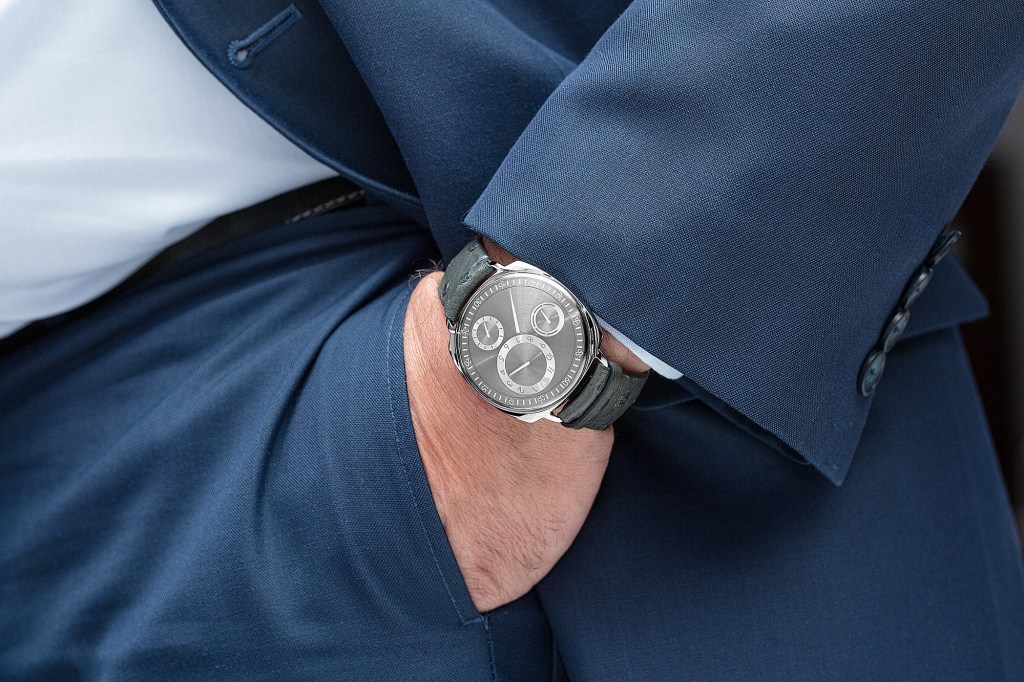 Courtesy of Watchionista for Watches of Switzerland

Watches of Switzerland is in rapid expansion mode. The largest luxury watch and jewelry multi-brand retailer in the U.S. and the U.K., which also owns Goldsmiths and Mappin & Webb in the U.K. and Mayors in the U.S., just went public on the London Stock Exchange in May and has continued to spread its wings ever since. Just last November, the retailer opened its first stand-alone store in the U.S. in New York City’s Soho neighborhood, which was followed by the opening of a boutique at Hudson Yards this year. Its latest boutique? A store front-and-center at Boston’s new Encore casino. (Watches of Switzerland already operates a boutique at the Wynn/Encore Las Vegas, as well as operating the Wynn & Co. store and an Omega boutique and Breitling boutique.)

Those that have frequented the Encore hotel in Las Vegas will be familiar with its offering, which looks like an equally opulent but mini-version of the West Coast original complete with a floral merry-go-round at the entrance. The biggest difference? There’s no smoking at the Boston location, but it still comes with all of the other amenities, including around 15 restaurants, that make the casino the go-to for deep pockets looking to expand their fortune. According to The Boston Globe, the casino, which opened on June 23rd, raked in $16.9 million in just 8 days (that’s more $2.4 million per day if you’re doing the math). It’s safe to say some went home empty pocketed.

But for those that come to win big and spend big, Watches of Switzerland offers an enticing reason to commemorate time, hopefully, well-spent. The new 2,000 square-foot space greets visitors just before entering (or after exiting) the casino of the hotel and includes watches from IWC, Omega, Hublot, Bovet, Jacob & Co. and Panerai. On the first day of the opening, the store had already sold a Panerai and when we visited the boutique the following day, clients were in the store buying some Omegas.

“There were over 30,000 people that came through the doors of the hotel on opening day,” says David Hurley, executive vice president of Watches of Switzerland. “People were queueing from 3:00 A.M. outside before it even opened.” The hotel and its surroundings reportedly cost around $3.5 billion and Watches of Switzerland is expecting it to be big business.

“When we were offered the opportunity, it was really a no brainer,” says Hurley. “When we came on site and saw the whole size and scale of what was being done here, and the redevelopment of the area, we wanted to be a part of it.”

The new store was designed by the New York-based architecture firm MNA and is decked out with Spanish marble and zebra grass that lines the walls, which are trimmed in white oak. Just next door, Watches of Switzerland operates stand-alone boutiques for IWC and Panerai that can be accessed through a vestibule, where independent brands will be highlighted. Two new independent brands that have been brought on board by the boutique for the first time are Laurent Ferrier and Ressence. “Independents have a huge amount of potential and customers are looking for something different in addition to the well-known brands and they have a great story to tell—I mean, the Ressence watches look like no other,” says Hurley. “I think there are great opportunities for our customers to meet the watchmakers or owners behind these brands as well. I find them really refreshing to work with and they’re personally involved.”

Hurley says that at all of its boutiques, Watches of Switzerland does not plan on keeping static brand lineups and will keep trying out new brands and new approaches through pop-ups and events. One brand Hurley says has performed exceptionally well for Watches of Switzerland at both its Soho and Hudson Yards locations is Grand Seiko. “They have been performing even better than we expected,” says Hurley. “They were originally only going to be in Soho as a test for a pop-up, but now they are permanent there and in Hudson Yards and we’ve opened them up in three Mayor’s stores.”

While Hurley couldn’t comment on numbers following the IPO, he says Hudson Yards has received the most amount of foot traffic but that the vintage watches in Soho, curated by Analog Shift, have proven to be successful, so they may plan on offering vintage at other boutiques. “We have everything from brands we know and love to vintage Hamilton pieces,” says Hurley. “The very first vintage watch we sold at the Soho boutique was a Lemania.”

Next up is an Audemars Piguet boutique operated by Watches of Switzerland that will open in Lenox Square in Atlanta, Georgia followed by a new mall in New Jersey called American Dream that, Hurley says, will be much like Hudson Yards (Hermès is also said to be opening a store there).

“I think it’s a positive thing for the watch industry as a whole,” says Hurley.