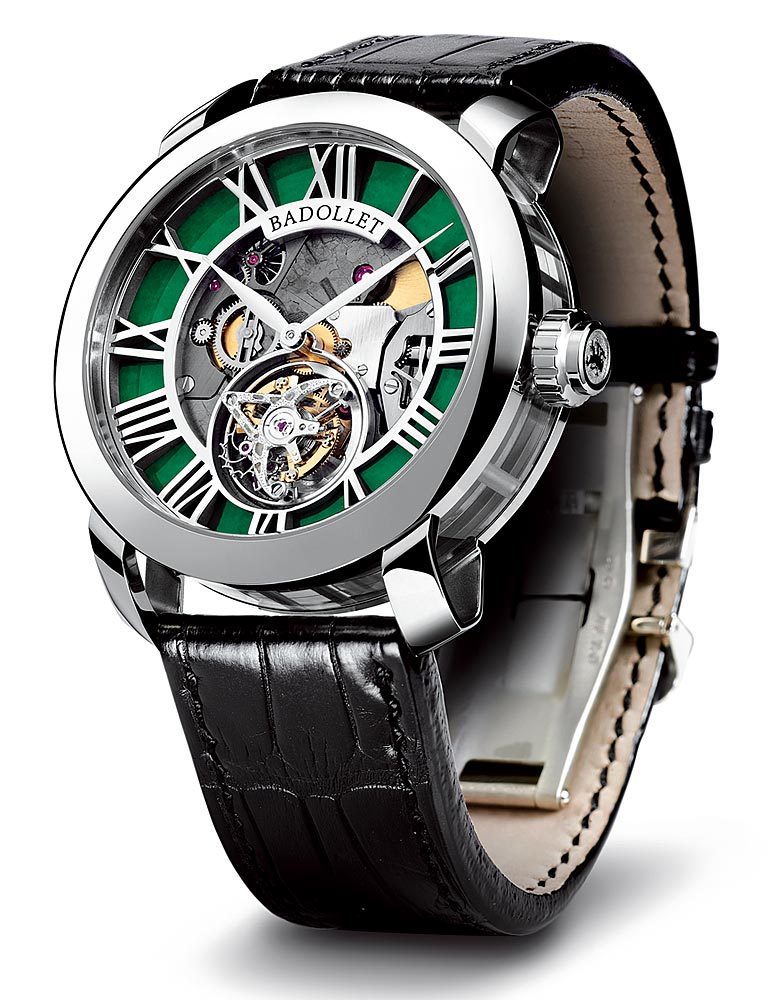 Aldo Magada, ceo of the 2-year-old Geneva watchmaking firm Badollet, frets over what he sees as his industry’s lack of graciousness. “Unfortunately, the word service doesn’t seem to have been translated into Swiss French,” he says. Magada, a 19-year veteran of the Swiss watch industry, hopes to help rectify this situation by making premium service the calling card of his fledgling brand. Badollet, he says, is trying to personalize the watch-buying experience. In addition to displaying its timepieces in a traditional showcase, the company shows them by private appointment through select retailers, where sales representatives make thorough presentations that highlight options for customization.

Badollet also covers service costs for five years from the date of purchase, and the firm loans clients replacement timepieces while theirs are being repaired. Magada says that implementing these types of customer-service initiatives could be difficult for watchmakers that keep their eyes solely on the bottom line. “We can promise service on this level and carry it out only because we are privately owned and have no debt,” he explains.

Badollet’s owner has played a central role in developing the character of the brand’s pieces. German investor Robert Pferdmenges, sole shareholder in the brand, is a very active watch collector. He and Magada established the company’s first collection as a blend of modern and traditional styles. Pferdmenges chose to link the company’s identity to the prominent Badollet family of Geneva, which was active in politics and watchmaking from the 17th century until the early 20th century. The brand’s current case designs play off this heritage loosely, with rounded lines that recall those of early Badollet pocket watches.

BNB Concept of Duillier, Switzerland, builds the tourbillon that serves as the base caliber for Badollet. BNB also adds extra complications or exotic materials, such as the plating milled from a meteorite that is available on the $250,000 Tourbillon Stellaire. Badollet’s chiming watch, the $350,000 Observatoire 1872 Minute Repeater, achieves an acoustic quality superior to that of many of the models made by specialists in this horological niche.

In what is perhaps their most significant gesture toward improving the customer’s watch-buying experience, Magada and Pferdmenges have invested in sophisticated, computer-controlled milling equipment that enables Badollet to customize the design of each watch to reflect its buyer’s desires. “We don’t want people to buy a Badollet,” Magada says. “We want them to have their watch made by Badollet.”