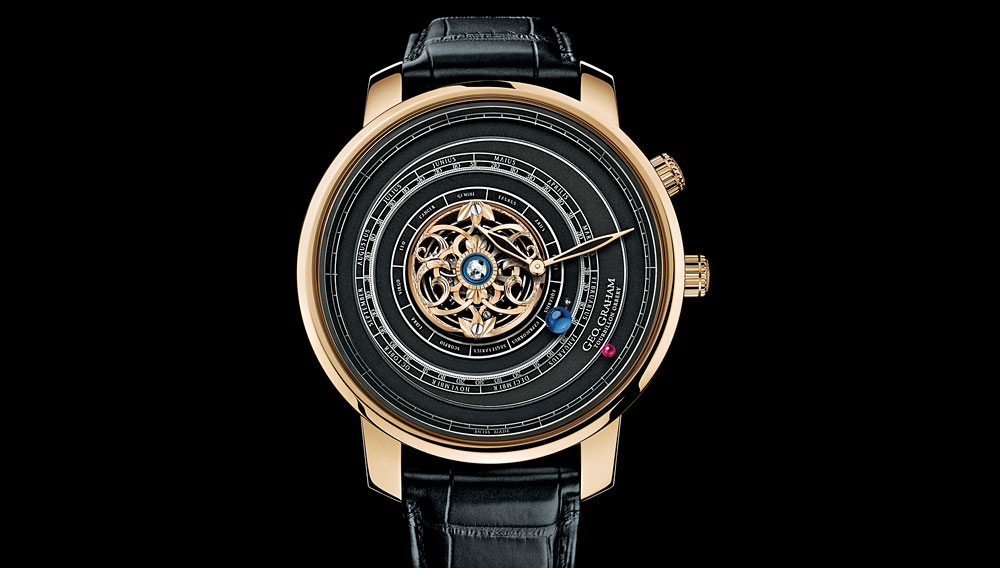 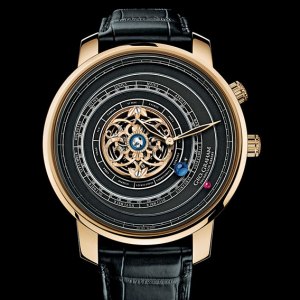 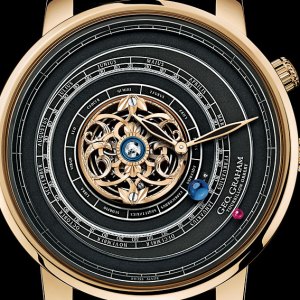 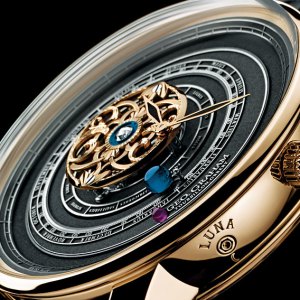 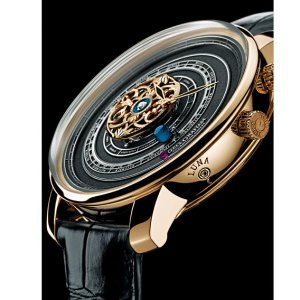 The new Graham Tourbillon Orrery celebrates the 300th anniversary of the Orrery, the tabletop mechanical planetarium that the Swiss watch brand’s namesake—London-based inventor, clockmaker, and horology pioneer George Graham—created in the early years of the 18th century, perhaps 1713. Graham made the solar-system model for Charles Boyle, the 4th Earl of Orrery. The invention was so well known that orrery became a generic term for similar devices of the day.

Like George Graham’s Orrery, the 48 mm wristwatch tracks the paths of Earth and Mars around the sun and the moon’s orbit of Earth. For the Graham brand, which is known for flamboyant chronographs that feature an external start/stop trigger, the Tourbillon Orrery represents a significant technical advance. The watch’s movement, engineered and manufactured by complication specialist Christophe Claret in collaboration with the company, is the most complex one ever offered by Graham.

The watch has personal significance for Graham founder and board member Eric Loth. “I’ve always been interested in astronomy,” he says. “It was the story of the Orrery that was one of the main things that prompted me to go into the Graham brand in the first place.” He has been working on the watch for two decades, since before he founded the company.“Although it is a very complex astronomical watch,I wanted to make it very easy to operate,” he says. “It’s the watch I’ve always wanted to build.”

The gear-driven orbits of Earth and Mars require subtle correction every 7 and 25 years, respectively. An engraved plate on the case back indicates the years—through 2113—when the owner needs to push the correctors. Two additional plates for subsequent centuries come with the watch. Says Loth, “There is a nice parallel between 300 years of history and 300 years of future use.”