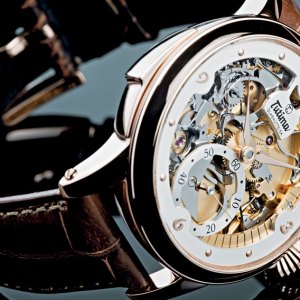 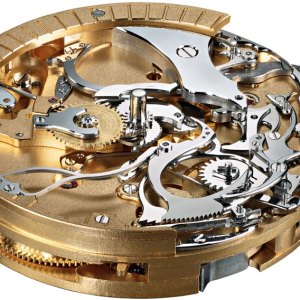 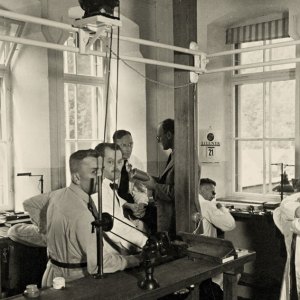 Tutima owner Dieter Delecate did not reestablish the German watch manufacturer’s presence in the town of Glashütte in a quiet manner. Although the inauguration of the company’s new facility lacked the fanfare and pomp that usually attends such moments elsewhere in the watch industry, the ring of the brand’s new minute repeater—the first of its kind to be conceived, designed, and manufactured in Germany—reverberated like cannon fire among the horology houses that call this town home. Although public attention makes the soft-spoken Delecate somewhat ill at ease, he embraced the publicity this project generated for personal reasons. “This whole effort was inspired by the memory of Dr. Ernst Kurtz,” he says. “He not only built Tutima into the largest employer in Glashütte following the Great Depression, but he mentored me into this company as well.”

Unlike so many of its neighboring watch houses, Tutima was not part of the golden age of German pocket-watch production in the late 19th century. The brand arose from the economic chaos that plagued Germany in the years following World War I, when a consortium of watch-manufacturing operations under the direction of Kurtz began stamping the word tutima—meaning “protected”—on its highest-quality products. After relocating to West Germany in the post–World War II era, the company gained renown for its military-aviation chronographs, which inspired an entire genre of timepieces that proved commercially successful for a variety of makers. Since joining the firm, Delecate has modernized the brand’s military watches, which remain utilitarian and affordable.

Neither adjective applies to the new Hommage minute repeater. This unusual timepiece, priced from $244,000 to $259,000, represents a departure for Tutima—not a change of direction. “The watch,” Delecate says, “is not intended to reposition the brand, but rather to show what we can do.”

These craftsmen’s skills show in the 25 examples that make up the Hommage series. The magnificently detailed watches feature mirrorlike black-polished surfaces that contrast with the frosted gold plates of the movements. According to Lang, this distinctive style recalls the English watchmaking vernacular that inspired the original Glashütte traditions. The beauty of Hommage, however, is more than case deep. In defiance of normal practice, Lang has also enhanced the sound of the minute repeater by attaching the gongs directly to the case. The purity of the resulting chime is mitigated only by the use of the older anchor-type regulation system, which is far more audible than the more modern centrifuge-type regulators. Though some connoisseurs of minute repeaters may quibble with this approach, watch enthusiasts in general will certainly recognize Hom­mage for what it is: a resounding breakthrough for German watchmaking.