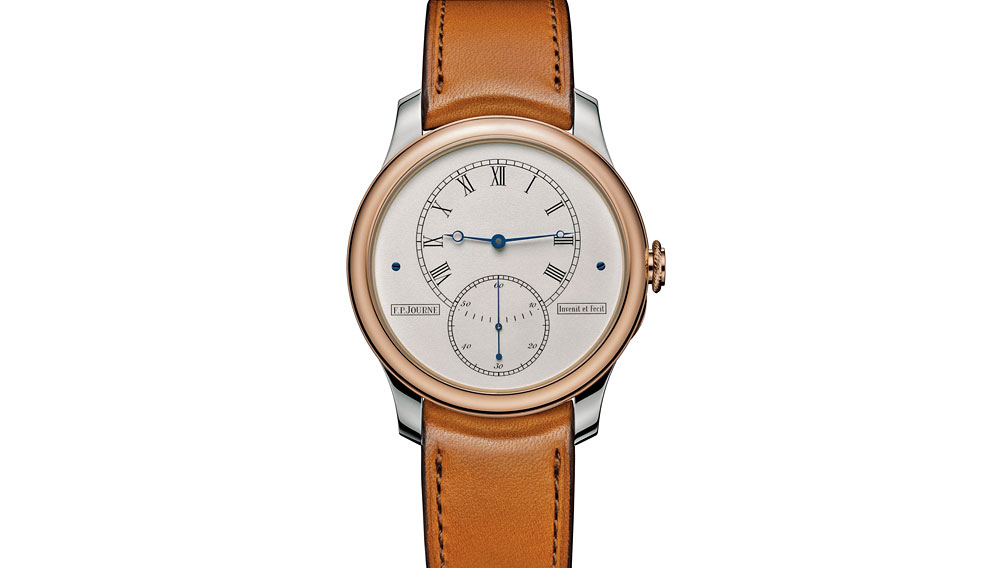 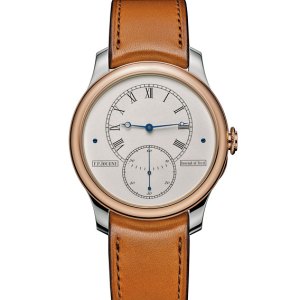 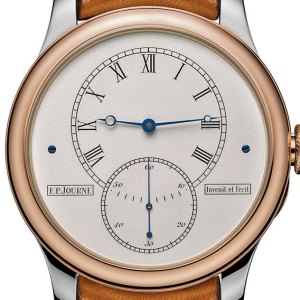 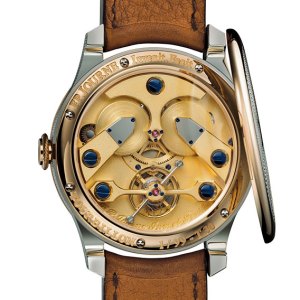 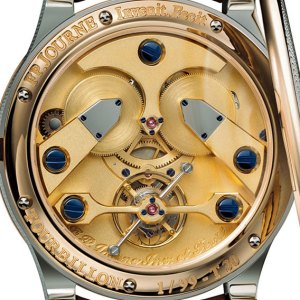 For watchmakers and watch collectors alike, François-Paul Journe is a symbol of the entire independent watchmaking movement in Switzerland: an artisan who found success without surrendering control of his brand, F.P. Journe, or changing his production techniques to seek higher profit from greater volume. Journe, however, is quick to distance himself from his peers in the industry, most of whom, he says, “were at the school bench when I began.”

To mark his brand’s 30th anniversary, Journe is returning to his roots. “It’s a very simple celebration for me,” he explains. “I decided to take the first [timepiece] with a tourbillon that I created 30 years ago and turn it [from a pocket watch] into a wristwatch.” The result, the Historical Anniversary Tourbillon—a watch that breaks with the contemporary Swiss aesthetic—will be offered only to a small number of select clients.

In this undertaking, the 56-year-old Journe emphasized his own stylistic foundation, which was formed in France at his uncle’s workshop in Paris, far removed from the sway of the industry culture in Switzerland. During the 5-year period in which he constructed the 1983 tourbillon pocket watch that this anniversary piece is modeled on, he also applied his burgeoning talents to the restoration of a number of older pieces; thus, his notions of watchmaking were heavily influenced by the work of such important French master horologists as Antide Janvier and Abraham-Louis Breguet.

While most of Journe’s recent pieces bear Swiss-style finishing and sumptuous 18-karat-gold movement construction, the Historical Anniversary Tourbillon—a classic design with a hunter cover over the caseback—harks back to the examples of late 18th- and early 19th-century French watchmaking that originally captivated him. These historic underpinnings can be found, for instance, in the Anniversary’s matte gilded finish over brass parts, large blued-steel screws, and relatively straight bridges with functional curves. “Part of it looks out of place,” he says, “but that’s the beauty of it.”

Journe plans to offer the 99 pieces that will be produced for this limited edition to select F.P. Journe loyalists for $99,000 each, but he acknowledges that this effort was, in many respects, an act of self-indulgence. “This watch was created for me, because I didn’t know anyone who really wanted it,” he says. “It was my own conception of watchmaking.”