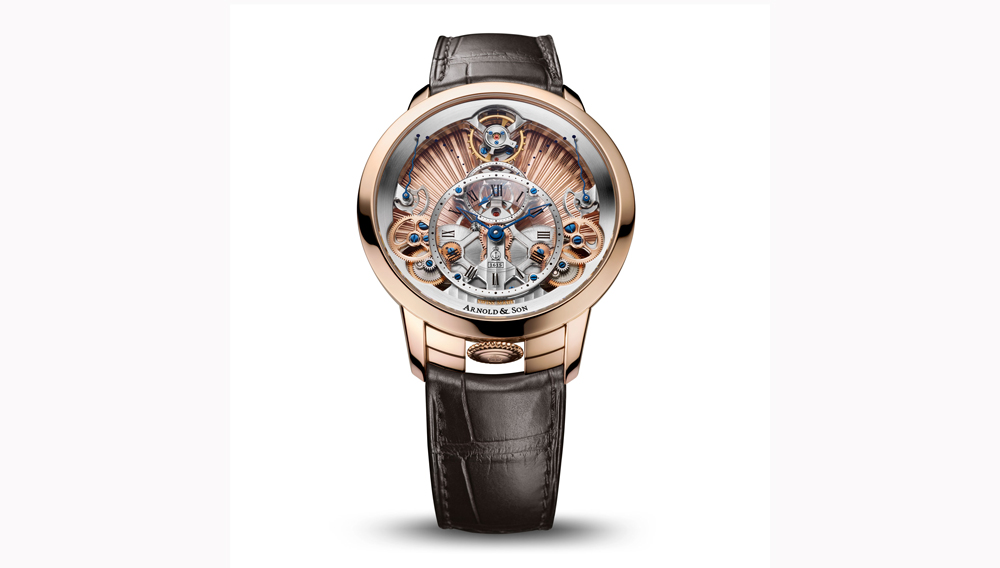 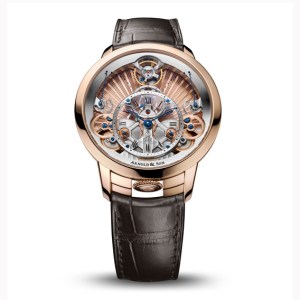 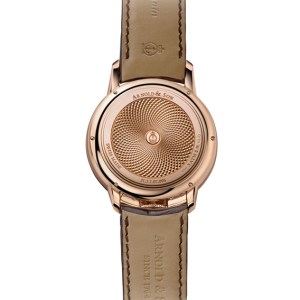 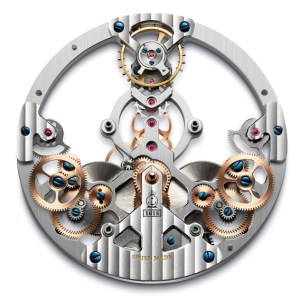 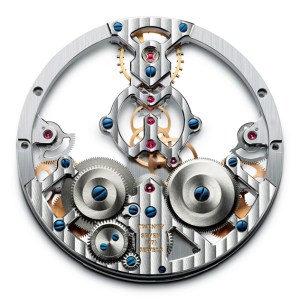 Building on over 250 years of watchmaking experience, Swiss manufacture Arnold & Son has released its new Time Pyramid Guilloché, an homage to Englishman John Arnold’s skeleton regulator clocks of the late 1700s. The timepiece is a contemporary reflection of the detailed precision for which Arnold became renowned, having made the first instrument to be dubbed a chronometer and the smallest repeating watch in history, which he gifted to King George III.

As the name implies, the watch is an aesthetically enhanced version of the original Time Pyramid (first introduced in 2013) and features a caseback with guilloche patterning on both sides. Within the 18-karat, red-gold case lies the 4.4 mm–thick, skeletonized calibre A&S1615 with its three-dimensional configuration of components. Developed in-house, the movement features a seconds dial at the base, followed respectively by a sapphire-crystal hour dial and silver top ring with minute indications. The pyramid-like design is derived from the gear train’s vertical linear movement, connecting the two barrels (at 6 o’clock) with the balance wheel (at 12 o’clock). Located on each flank of the gear train are indicators displaying the energy level for both barrels throughout the watch’s 90-hour power reserve. Considering further refinements that include Côtes de Genève–finished wheels and blued screws, the $46,950 Time Pyramid Guilloché may not cost a king’s ransom compared to similar timepieces, but George III would have wanted one. (arnoldandson.com)